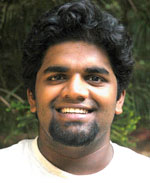 Forest fire is a highly emotive topic that invariably burns its way through the media every summer. Opposition to forest fires is widespread and includes the forest department, wildlife activists and even politicians; in 2012 then Union environment minister Jayanthi Natarajan was asked a Parliament question about forest fires. Even those otherwise well-versed with the nuances of nature conservation seem to believe that forest fires are terrible for Indian forests. Some small animals do get burnt, and the idea of being burnt to death is hard for anyone to accept. But the issue of forest fire is perhaps one of the most misrepresented elements of forest management. A holistic understanding would be useful for the long-term conservation of forests in India.

The first (and usually clinching) argument against forest fire is that it is not “natural”, and is completely human induced. The latter argument does have some merit; forest fires are perhaps mostly human-induced, but the very idea of “natural” is questionable. People across time have been modifying forests around them. Newer palaeo-ecological studies show that even places like the most pristine Amazon rainforest have had high human populations living in and altering them for thousands of years. “Natural” forests across the world have been shaped by people, and more often than not fire has been the key tool for doing so.

Indigenous people across the world have burned forests, usually based on a huge body of experiential knowledge embedded in rituals. Their reasoning is simple; fires clear the dry dead undergrowth, fertilise the soil and allow for new life—the first summer rain sees a burst of new shoots, vital food for animals over the summer. The god of each “kunnu” (hill) is first consulted about the burning very early in the summer, and neighbouring gods rarely give permission to burn. A village announcer beats drums and informs all the animals before the burning begins. It is normally set off in the night, amid much ceremony while much of the village is around to tend to the fire. All these ideas, of course, resonate closely with modern “scientific” burning of forests. 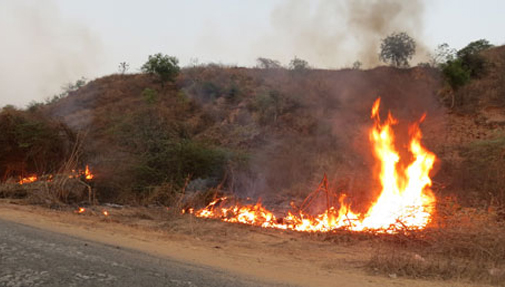 Fire has arguably been a key part of forest management in India for about 50,000 years, since people first arrived in the sub-continent. Almost all dry tree species are well adapted to fire. British foresters, loaded with forestry ideas from the very different temperate forests of Europe, had views completely at odds with the indigenous people of India. They viewed Indian forests as timber factories, and worked towards maximising production. They did not see that the more fragile temperate tree was very different from the tropical dry forest tree. They believed fire was inherently bad, and were deeply dismayed to find that almost every forest across India that could be burned was, in fact, burned. They did not believe they could actually enforce fire suppression across the country, but nevertheless attempted it, in part of the country as another way of subjugating the people. Post colonial Indian foresters, rather than reversing this policy, pursued it with an enhanced militaristic zeal. The popular media picked it up—the carefully planned forest enhancement fires were forgotten—and “forest fires are bad” became part of the Indian conservation ethos.

Preventing build up of tinder

Traditional burning practices are now finding a new friend in modern ecological research. It is being found that saplings are able to keep their root systems intact through fires, and “bounce back” soon after. In case of no fire, biomass loads build up over years, and after that in case a fire breaks out, it has devastating effect—often consuming old growth trees rather than just the dead undergrowth. Every summer has a few tinder-box days—very high temperatures, very low humidity and very high winds sweeping past thousands of tonnes of highly combustible dead biomass. A spark from anywhere, even from some village outside the forest, is enough to set the whole swathes of forest ablaze with devastating effects. The only way to get around this is perhaps to have in place closely monitored and controlled burning, well before the tinder-box days occur.

There is an urgent need to have a more nuanced understanding of forest fire in Indian policy, and more in tune with the history and science by incorporating the views of a wider range of stakeholders, based on the ideals of a functioning democracy.

Tarsh Thekaekara works with Shola Trust, a non-profit involved in nature conservation in the Nilgiri region of South India