A tree grown outside forest is a tree protected inside forest

Can we do away with permits, allow forestry-based economy to grow and still increase forest cover, protect wildlife and conserve our ecology? 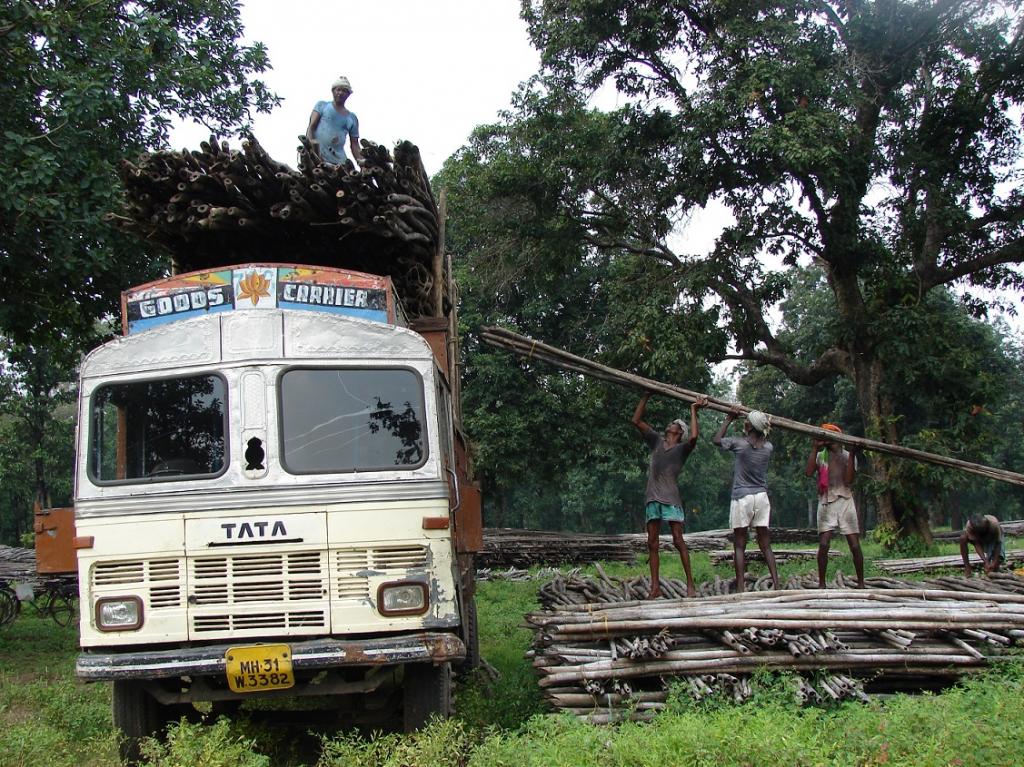 Is a state’s justification in interfering with an individual’s decision to plant and sell trees valid anymore? Credit: Kumar Sambhav Shrivastava

An amendment was made recently in the Indian Forest Act of 1927 to remove bamboo from the category of trees. With this minor modification, bamboo grown on agricultural land will not require a transit permit (TP), for felling and transportation, from the forest department. However, bamboo grown in the forest would continue to require a TP. This amendment has been made to encourage farmers to cultivate bamboo in hopes to increase their income and the green cover of the country. A restructured National Bamboo Mission, with an outlay of Rs. 1290 crore, was announced in the Union Budget 2018-19 to support the amendment. But will this amendment achieve its objectives? To answer this, one should first understand the genesis and complexities of transit laws.

First introduced in the Indian Forest Act of 1878, and retained in the 1927 version, TP has its genesis in the colonial economic policy. The British introduced this provision because they wanted to be the sole exploiter of lucrative timber resources. This policy broadly continued till the Forest (Conservation) Act of 1980 (FCA), which reoriented India’s forestry policy towards conservation. The FCA specified that the “felling of trees in private plantations shall be governed by various State Acts and Rules”. The National Forest Policy, which aimed at bringing 33 per cent of the country’s area under forest cover, further cemented the view that trees should not be cut. Accordingly, a number of restrictive laws governing trees on private land were enacted by the states.

Take the case of the Delhi Preservation of Trees Act, 1994. If a citizen wants to cut trees on her/his property, she/he will have to do the following:

No wonder that citizens of Delhi dread planting trees on their property.

A tribal person in Chhattisgarh is not allowed to cut trees such as Teak, Tamarind, Sheesham, Sal and Mahua, even if they are naturally growing on his land. It is mandatory for a tribal to seek permission from the Collector, who will first obtain a report from the Sub-Divisional Magistrate (SDM) and the District Forest Officer (DFO) before taking decision. If the permission is granted, the DFO is responsible for cutting and sale of timber. And if that’s not restrictive enough, a tribal is not allowed to earn more than Rs. 50,000 from the sale of trees in one year. Worse still, the sale proceeds are required to be remitted into a joint account of the tribal and the Collector. Similarly, in Andhra Pradesh, no felling can be done without the discretion of the Collector in tribal areas. These provisions were supposedly enacted to prevent exploitation of tribals by middlemen, but it is hard to imagine that tribals have benefited from such patronising laws.

The list of such draconian laws is long. Attempts have been made in the past to ease them, but the results have been disappointing.

In 2011, a committee constituted by the Environment Ministry (MoEF&CC) noted that states such as Punjab and Haryana, with least restrictions, had achieved remarkable success in scaling up agroforestry. The committee recommended a simplified process for granting TP of species which are grown by farmers. Accordingly, MoEF&CC issued new guidelines in 2014 that advised states to exempt popular agroforestry species from TP, if these trees are not naturally occurring in the forest. Many states have done this. They have exempted TP for certain species that do not grow in their forest areas. But the problem is, a certain species might be naturally occurring in one district or state and not in its neighbouring district or state. So, to transport the exempted species outside the district/state, TP is still required. To avoid hassle, farmers continue to apply for TP even when exempted. The status quo continues.

The same will happen with bamboo.

Bamboo grown in non-forest areas will not require TP, but those from the forest will do. This is compounded by the fact that millions of acres of forests have been given to communities under the Forest Rights Act (FRA). These communities have the rights to sell non-timber forest produce (NTFP), including bamboo. It’s not clear how officials at a check post would distinguish between three different sources of bamboo—forest, non-forest and FRA. We are back to square one.

Instead of piecemeal reforms, we need to ask more fundamental questions such as whether the state’s justification in interfering with an individual’s decision to plant and sell trees is valid anymore? Can we do away with permits, allow forestry-based economy to grow and still increase forest cover, protect wildlife and conserve our ecology? 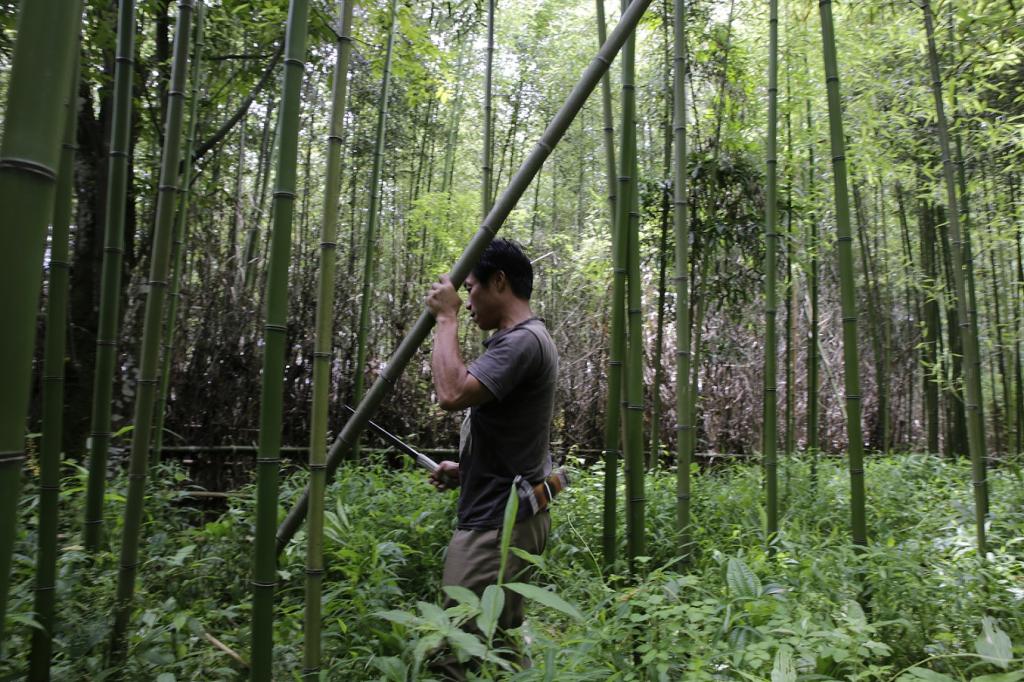 India is a net importer of wood. Of the 71 million cubic meters (m.cum) of wood consumed in the country, excluding firewood, 45 m.cum is produced outside forest by farmers, 5 m.cum is bamboo from various sources (including farmers), 18 m.cum is imported and forests produce amount to just 3 m.cum (including those produced by the Forest Development Corporations who own 1.3 million ha land). In 2015, we imported about Rs. 40,000 crore worth of wood and products. Further, there is a massive suppressed demand of wood, which is currently being substituted by environmentally damaging materials like plastics and metals.

The State of Forest Reports indicates that there has been a marginal increase in the green cover over the past 15 years. But this increase has largely happened outside the forest. In forest areas, dense forests (40-70 per cent canopy cover) have reduced and open forests (10-40 per cent canopy cover) have increased; indicating deterioration in quality. There is, therefore, little evidence that permit system is helping our forests. In fact, there is evidence that these controls have increased the pressure on forests by throttling the growth of forestry resources in areas outside forest. This is the reason why across the world, countries have phased out regulations on private plantations and strengthened governance to control illegal logging.

In Thailand, excluding a few species, a person can plant, harvest, transport and trade timber grown on private land without permission. No trading permits or transport documents are required in South Africa. In Swaziland, harvesting and transportation rights are vested in the land owner. In Canada and Sweden, where farmers and companies own large tracts of forests, harvest permits are required for environmental protection; no transportation or trading permit is required.

Instead, countries are investing in large-scale use of technology to control illegal logging. In Cameroon, satellite data is being used to monitor big clearings, and smartphones and GPS are being used to monitor small-scale illegal logging. In Panama, communities are using GPS, camera-trapping and drones to monitor forests and to prevent illegal felling of valuable Rosewood. Deforestation in Brazil's Amazon has decreased by up to 78 per cent since 1988, as a result of a "coordinated enforcement approach using satellite imagery and targeted police operations". Most developed countries have adopted satellite and other remote-sensing technologies to monitor forest and wildlife.

It is time that we, too, free our farmers, forest dwellers and wood market from archaic laws. This will require fundamental changes in the forestry governance, which I will discuss in future columns. As a first step, however, we should unconditionally get rid of TP for as many species as possible, including bamboo. Simultaneously, we should start modernising our forest governance and use satellite and other remote sensing technologies for forest protection. The new motto of our forestry policy should be: A tree grown outside forest is a tree protected inside forest.