A village in Maharashtra stands up for its rights 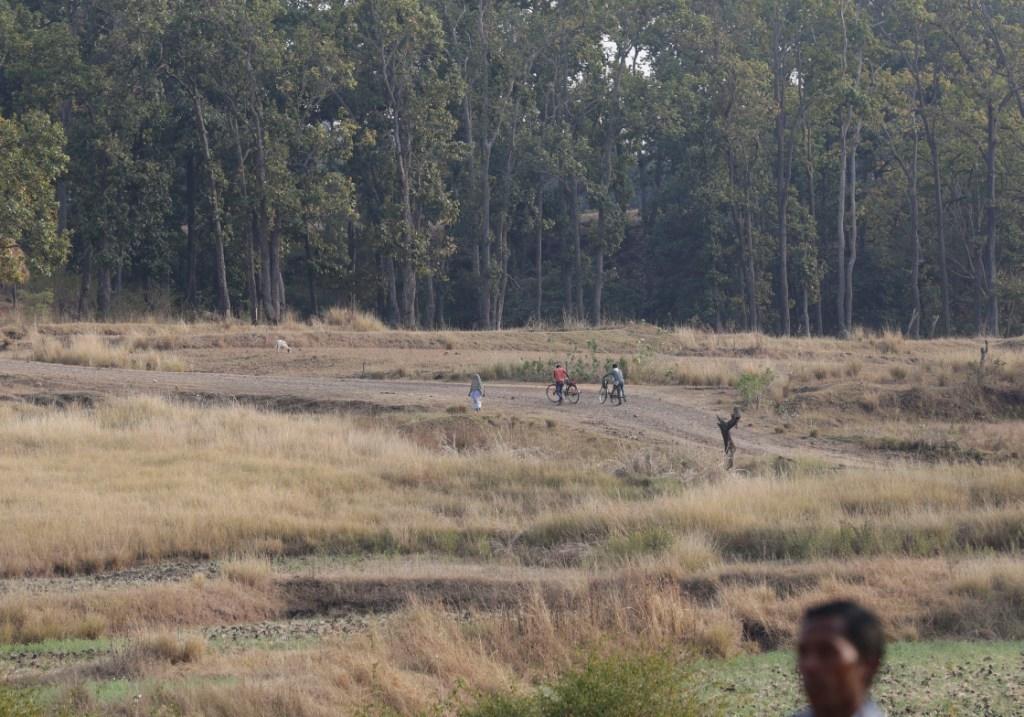 There is no provision in any law or rule to compensate communities for losses in livelihood (Credit: Vikas Choudhary/CSE)

In the Gadchirolli district of Maharashtra, a first of its kind people’s movement has been brewing. An adivasi village, Lavari has stalled the construction of a transmission line for nearly six months now. The project requires cutting down hundreds of Minor Forest Produce (MFP) tree species, a major source of livelihoods for the adivasi community in Lavari. Lavari is not saying “no” to the project; it is asking to be compensated for the loss in income that will arise from the removal of these trees and use the amount to plant more than double the trees in their forest.

Power Grid Corporation of India Ltd (PGCIL) received forest clearance for its 765KV transmission line project from Raipur to Wardha in December 2015. Being a linear project that has been exempted from obtaining Gram Sabha consent for approval, the work commenced, soon after approval. The first step was felling trees, which lay along the length and breadth of the proposed transmission line.

Lavari received Community Forest Resource (CFR) rights over 536.03 hectares of forest land in 2012. The village formed a Vanhaq Sahniyantran Samiti (Forest Rights Co-Management committee) comprising of 7 men and 5 women. The village is dependent on collection and sale of MFP for its sustenance. Lavari gram sabha has been harvesting and selling bamboo and other MFP species, profitably, since the recognition of its community forest rights (CFR). The gram sabha has a bank account and its own Permanent Account Number.

Livelihood loss from the transmission line

The gram sabha has also calculated the loss in income that would result from the removal of these trees for every species. There are 204 Mahua trees identified for removal. Each Mahua tree would fetch the village atleast Rs 2000 in one year, resulting in a loss of Rs 4.08 lakhs. There are also 70 trees of Char, where each tree brings revenue worth Rs 1000 per year to the village. Then there is tendu, jamun, amla, hirda, behra, the losses from which have been enumerated as well. Interestingly, all calculations have been made for the entire village and not for households. According to Rahul, even the most conservative estimate suggests that the village would lose nearly Rs 5.56 lakh per year from the loss of these trees.

The forest department officials have a different perspective. “The trees that would be cut down will regenerate in a few years. In fact, for some species like tendu, cutting them periodically ensures that new leaves come sooner. In any case, only a small area in the CFR would be diverted for the transmission line. The losses will not be significant. Additionally, medicinal plants will be grown under the transmission line which will provide employment to the locals,” says a forest official

Lavari is not willing to settle for a seemingly “feel good” model. “Our livelihoods have improved significantly since we received CFR rights. People in the village have started to realise that they do not need to migrate to nearby towns and cities, if forests are providing them sustained income. We have been planting bamboo every year in our CFR now since 2013. This year, the plan is to increase the bamboo plantations in the CFR by 20,000. We will use the compensation amount towards raising these plantations. This way, our forests will be healthy and our people happy," adds Rahul.

Sadly, the gram sabha’s demand for compensation finds no legal backing in the current scenario. “There is no provision in any law or rule to compensate communities for such losses. Compensation is provided when a project displaces people. That is not the case here”, say the forest department officials, without commenting on whether or not these demands were fair. “As part of their mandate under Corporate Social Responsibility (CSR), PGCIL has offered solar lights and other benefits to Lavari, but the village is not agreeing to them.”

In addition to depositing funds for Compensatory Afforestation (CA), project developers require to pay for the loss in ecosystem goods and services from forest diversion, till the afforested area starts to provide comparable benefits. This is called Net present Value (NPV) of forests, which almost always, forms the largest share of the total funds received from developers. Based on estimates of proportion of benefits of all forest goods and services, an IIFM study in 2013 estimated that about 50 per cent of the economic losses of forest diversion occur at the community level. The study sponsored by the environment ministry, recommended that 50 per cent of the NPV funds should be allocated for affected communities, while 34% and 16% should accrue to the states and the centre respectively.

The recommendation has no mention of forest diversion or utilisation of CA funds. The Compensatory Afforestation Fund (CAF) Bill 2015, which awaits the decision of the Rajya Sabha in the upcoming monsoon session, has been widely criticised for lacking provisions to benefit communities. While the Bill provides utilisation of funds for a range of services including artificial regeneration (plantations), assisted natural regeneration, protection of forests, forest related infrastructure development, Green India Programme, wildlife protection, it has been completely silent on involving or benefiting communities. The draft National Forest Policy of 2016, which has been disowned by MoEFCC for reasons unknown, has added utilisation of NPV funds for establishing wildlife corridors around diverted forests, but maintained silence on compensating affected communities.

Need for a fair model

The argument against compensation is that communities find gainful employment when “development” projects come to their villages. Such employment opportunities are often in the form of wage labour, which treat local communities as recipients or beneficiaries of a scheme, and not as right-holders. In most cases, when the number of jobs created is measured against the loss of livelihoods, the latter outnumbers the former significantly. This explains to some extent why such models, which have been in existence for years now, have done little to improve the lives and livelihoods of forest-dependent communities. Perhaps it is time to think more creatively. Lavari’s demand for compensation is centered on reviving forest livelihoods and keeping migration in check, through a rights-based framework. Perhaps we can all learn from what the gram sabha’s long term vision in demanding compensation has to offer for our forests and the people dependent on them. While policy makers debate on ‘state-of-the-art’ ways of eliminating poverty in forest fringe villages of India, a small adivasi village in Maharashtra is offering solutions. With PGCIL working directly under the Prime Minister’s Office, will government pay heed?