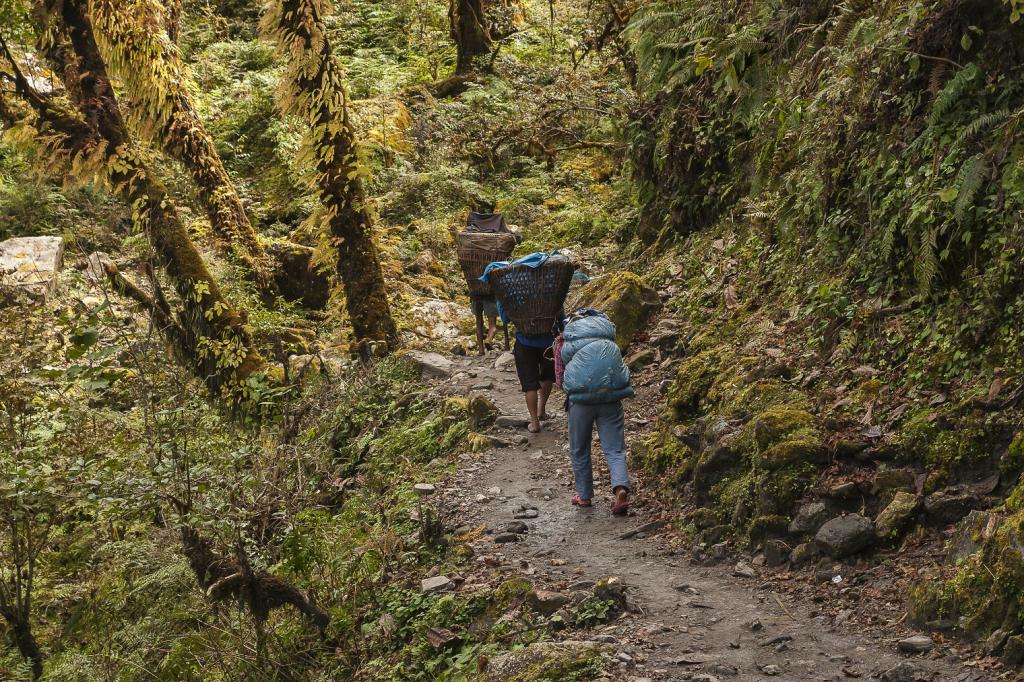 “After our village institution is eroded, you want us to take care of forests?” This statement by a village elder from a tribal village in Gadchiroli poses a fundamental question — how do we protect and restore our forests and our local institutions, in a time of great change?

The effects of climate change are clear and visible. The latest Intergovernmental Panel on Climate Change (IPCC) special report warns that the world is 1.2°C warmer compared to pre-industrial levels. These impacts will only become stronger in the coming decades.

Forests can play a significant role in mitigating some impacts by sequestering carbon from the atmosphere, and helping to stabilise global climate. But forests are also one of the most threatened natural habitats, with tens of millions of hectares cleared or degraded each year by people.

Forests are, of course, important for much more than climate change mitigation. They cover over 21 per cent of India’s land, and capture 12 per cent of our greenhouse gas emissions.

Roughly 300 million people depend on India’s forests for subsistence, income and livelihoods. Reforestation must therefore form one of India’s key approaches to addressing climate change and fulfilling its development aspirations.

This is proposed through an ambitious proposal for reducing emissions from deforestation and forest degradation (REDD), creating forest and tree cover on 5 million hectares out of close to 84,000 square kilometres of land.

For effective forest conservation, reforestation and recovery, we must strengthen our local forest governance mechanisms. The terms of reference for state REDD plan clearly says that their preparation and implementation must be overseen by joint forest management committees, community forestry groups, van panchayats and village forest protection committees.

National plans have a strong component of capacity building, including training youth from local rural communities to build a large cadre of community foresters. As these plans show, the importance of local institutions for forest management is now returning to centre stage.

Across India, communities have always used forests as common pool resources, though in a de facto manner that lacked legal recognition for centuries. Historically, most forests in the country were common property regimes, used, managed and maintained by local communities.

Forests were appropriated as government property under the British colonial government, a trend which continued in independent India. In the late 1980s and afterwards, a growing local and global paradigm shift towards decentralisation led to the formal recognition of a role for local communities under the aegis of joint forest management.

More recently, provisions for community forest rights under the Forest Rights Act show us the possibility of a paradigm shift, enabling the country to explore an alternative path for conservation.

After centuries of conflict, the Forest Rights Act has enabled the de jure recognition of the first rights of forest use by the local community. The implementation had initial hiccups due to administrative challenges and obstacles. Yet the number of successful claims for community forest rights are now steadily growing, with a number of success stories from states like Maharashtra and Odisha.

At this juncture, the comments of the village elder from Gadchiroli assume great significance. Now that local claims to forests have been successfully established, we must move to the next stage — to strengthen local institution building for successful management.

Due to the long history of centralised management and the denial of customary rights, traditional leadership, institutions, and customs have become lost from local memory in many areas.

This is clear from the fact that individual claims on forests have outstripped community claims in large numbers. This is especially striking because many indigenous forest communities had traditions of community ownership of local resources.

Further, with exposure to mainstream society and formal education systems, the priorities of many communities and the aspirations of local youth have changed, with many seeking to leave the forests and move to the cities.

Yet there are a number of elements of collective decision letting it continue in forest villages, clearly visible in labour sharing during agricultural planting and harvest seasons, collective fishing, shared responsibility of taking all village cattle for grazing in forest, and during community festivals. These can provide nodes of learning.

Further, in degraded and barren areas that constitute “new” or restored commons, community management needs to first focus on forest regeneration, and then on devising appropriate management and benefit sharing mechanisms, decided through collective decision making.

In such context, there is a real need that learning be transmitted from community to community within regions, as is now happening in the forests around Menda Lekha in Maharashtra.

The threat of industries encroaching on community resources continues to loom large, and communities need to be networked, so they can be collectively empowered to challenge such private efforts at forest grabs.

A number of parliamentarians are also active and sensitive towards this issue. Progressive judicial judgments such as the Niyamgiri case have also strengthened the case for community forestry.

This is a time of promise, but the coming decades will be a crucial testing ground. We have to find ways of dealing with the coupled challenges of climate change, environmental degradation, economic growth and increasing social inequalities. Forest commons will play a critical role facilitating the resilience of India’s response.

What will it take to fulfill promise of the commons?

Policy debates have so far focused on the issue of tenure – an extremely important issue. But tenure, though essential, is not enough. We need an expanded focus on institutional empowerment.

Wherever traditional institutions are effective, new institutional arrangements needs to build on these instead of crowding them out and replacing these with new systems, devised from the outside, which will be less effective.

In addition, there are also customary norms that need to be challenged, such as those that deter the participation of women, youth and underprivileged caste groups, that exist in many traditional institutions.

We need to facilitate the conditions for bottom up transfer of learning from one local institution to another, on norms, rules and practices that fit local social and cultural contexts. Further, capacity building inputs from researchers, government agencies and civil society can be very helpful, as can be the addition of technology inputs.

Networks of effective and active institutions built on local norms will need to be integrated with new knowledge on ecological monitoring, participatory mapping, and modern economic practices of accounting — aspects which traditional communities have not dealt with, but which are extremely important in helping to keep community forestry practices sustainable and equitable in the modern age.

Such experiments are taking place in a few locations in Uttarakhand, Maharashtra, Odisha and other parts of the country. A number of state academic institutions and civil society organisations have created networks in collaboration with local communities to train local youth in states like Maharashtra.

The Foundation for Ecological Security — which works with federations of village associations, in states like Rajasthan, Odisha, Karnataka and Andhra Pradesh — serves as an example. It has worked with researchers from the International Food Policy Research Institute and Arizona State University to devise and conduct experimental field “games” in forest-dependent villages in Rajasthan.

These games help local communities understand how their models of forests, and institutional rules and norms for communication, monitoring and sanctioning, can be used more effectively for community forest management.

In popular imagination, commons often assume connotations of 'tragedy'. This narrative completely obscures the fact that large parts of the country, especially in the most deprived and poverty-stricken areas, are under commons governance.

Many lives and precarious livelihoods depend on commons. We need to flip the narrative of the tragedy of the commons, and focus instead on the promise of the commons, by working collaboratively to strengthen local institutions and bottom-up governance mechanisms.

Such an approach is essential for India to achieve its nationally determined climate change targets, in conjunction with equally important issues of social justice and economic/distributive justice, by protecting ecology along with local livelihoods.