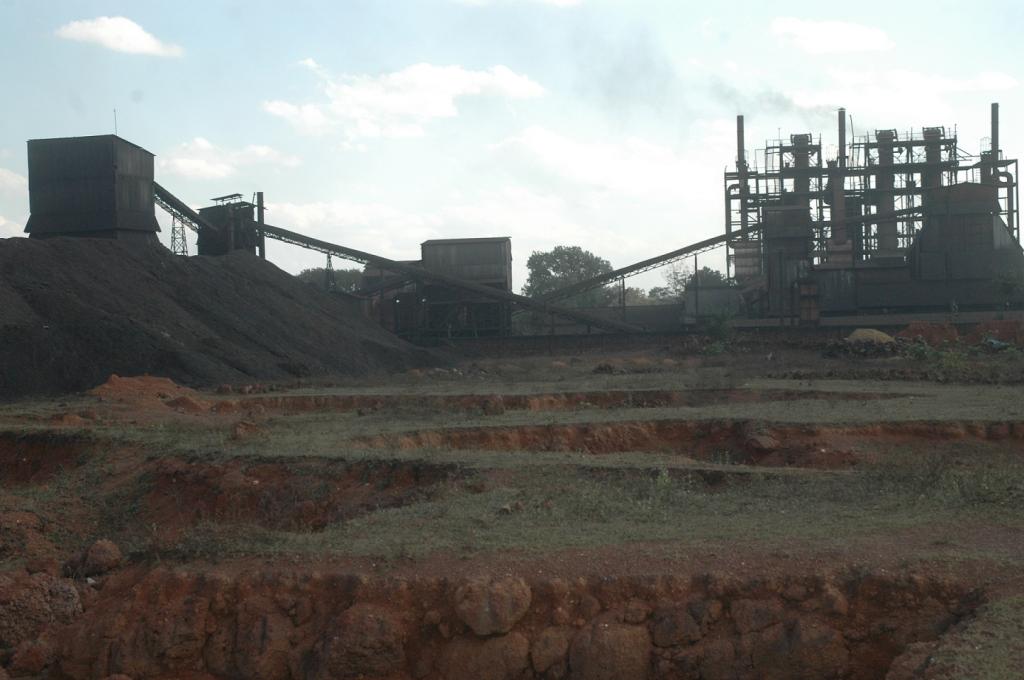 Many agencies are strategically splitting up projects to secure clearances that otherwise would not have been possible. Credit: Chandra Bhushan/ CSE

The Ministry of Environment, Forest and Climate Change (MoEFCC) recently initiated a review of the General and Standard Conditions to be applied while granting Forestry Clearances under the Forest (Conservation) Act, 1980 and sought public comments. The stated objective of such conditions is to minimise ecological damage while maintaining a balance between development and conservation. This is a laudable goal and presents a great opportunity to infuse innovative ideas based on sound scientific knowledge to carefully balance conservation and development. Some specific suggestions shared with the MoEFCC and encapsulated in this article merit consideration.

First, the MoEFCC must recognise that forest fragmentation or breaking up of large blocks of forest into smaller patches due to ill-planned intrusion of developmental projects into natural habitats is one of the most serious threats to long-term biodiversity conservation. Peer-reviewed scientific research has clearly established that fragmentation has several devastating impacts; it disrupts landscape connectivity, creates new edges, facilitates the intrusion of weeds, escalates the threat of forest fires and leads to the steady degradation of forests and increased human-wildlife conflict. In order to address this head on, the Ministry must adopt avoidance of forest fragmentation as the primary approach as opposed to the Compensatory Afforestation, a flawed strategy that is being vigorously pursued at present.

When avoidance is not feasible in certain cases, forest loss and fragmentation can still be addressed by ensuring that only extremely site-specific proposals of national importance are accorded clearance after considering all possible alternatives. Each project can be further disaggregated for minimising impacts by rigidly applying the filter of site specificity. For instance, a mining project proposal can be broken up into modules and only the ore body may be permitted to be located within forests while the Beneficiation or Pellet Plant and Mining Township are located outside. Likewise, a hydropower project can be broken up into a generating station which may need to be inside, and the Township outside forests. A linear intrusion like a road can be separated from pit stops and toll plazas which can be located outside.

Further, imposing mandatory conditions on use of underground high voltage power cables for critical forest stretches and construction of overpasses / bridges of appropriate height and design for highways are crucial, especially to avoid fragmentation of forests and critical wildlife corridors. Such innovative approaches can help balance the competing demands of conservation and development and minimise both forest loss and fragmentation to a large extent.

Second, it is a matter of great concern that the MoEFCC appears to have diluted an important condition on transfer and mutation of an equivalent area of non-forest land contiguous with a notified forest or wildlife reserve in favour of the Forest Department before the grant of Stage II forestry clearance. Proposals are being cleared by imposing the simpler condition of Compensatory Afforestation over twice the area diverted. The Comptroller and Auditor General (CAG), in its 2013 Report on Compensatory Afforestation, has documented a 73 per cent shortfall in receipt of non-forest land aggregating to 75,905 hectares (ha). These need to be seriously reviewed and rectified as the ecological value of consolidation of forests is immensely greater than raising scattered monoculture plantations, which is mostly the case with Compensatory Afforestation projects. Mandatory conditions must be imposed so that no demarcation of lease area or clearing of forests/tree-cutting or commencement of any work is permitted till the mutation of non-forest land in favour of forest department is complete.

Third is the serious issue of project proponents attempting to force a fait accompli in order to secure forestry clearance. In projects where parts of forest and non-forestland are involved, many user agencies, including government authorities/PSUs, deviously commence work on non-forest land first, and present the Forest Advisory Committee, which approves proposals, with a fait accompli. Citing investments made, they then seek–and usually receive—ex-post-facto environmental clearances (approvals after production started).

Many agencies are even using this as a clever ploy by strategically splitting up projects to secure clearances that otherwise would not have been possible. This is particularly true in cases of linear intrusions like highways and power lines. In 2011, the Supreme Court in the Lafarge Judgment had clearly flagged this concern and directed that remedial measures be put in place. Ignoring the Supreme Court’s directions, the MoEFCC on March 19, 2013, diluted guidelines with respect to commencement of work on parts of non-forest land pending forest clearance. This must be rectified forthwith since the mandate of the MoEFCC is forest conservation and not forest clearance.

Furthermore, the objective of conservation of forests and wildlife as outlined by the MoEF cannot be achieved unless the policy related to Monitoring of Forest Clearances is modified as monitoring is the weakest link in forest clearance process. The situation has been aggravated since the loopholes in the current monitoring procedure are being exploited by many unscrupulous project proponents. This is due to a glaring lack of punitive action in terms of cancellation of forest clearance or stoppage of a project. Hardly any government official has been prosecuted for abetting the violation of the Forest Conservation Act even though there are serious lapses.

Therefore, what is required is a brand new monitoring process at the stage of commencement, during key identified project milestones, annual/bi-annual reviews, along with surprise inspections in at least 10 per cent of cases. Non-official experts on the State Site Inspection Committees or the Regional Empowered Committees must also be involved in this process for greater transparency.

Lastly, the MoEFCC, since 2011, has consistently ignored the Supreme Court’s directive on the appointment of a National Regulator for enforcing environmental conditions and to impose penalties. If implemented, this, along with the other measures outlined, would certainly be in consonance with the stated goal of ‘Good Governance’ which the forestry sector badly requires in the face of a huge explosion of fast-track online forest clearances.