Despite caution from scientists, policymakers and corporates still assume that natural carbon sinks like forests will mop up their fossil fuel emissions 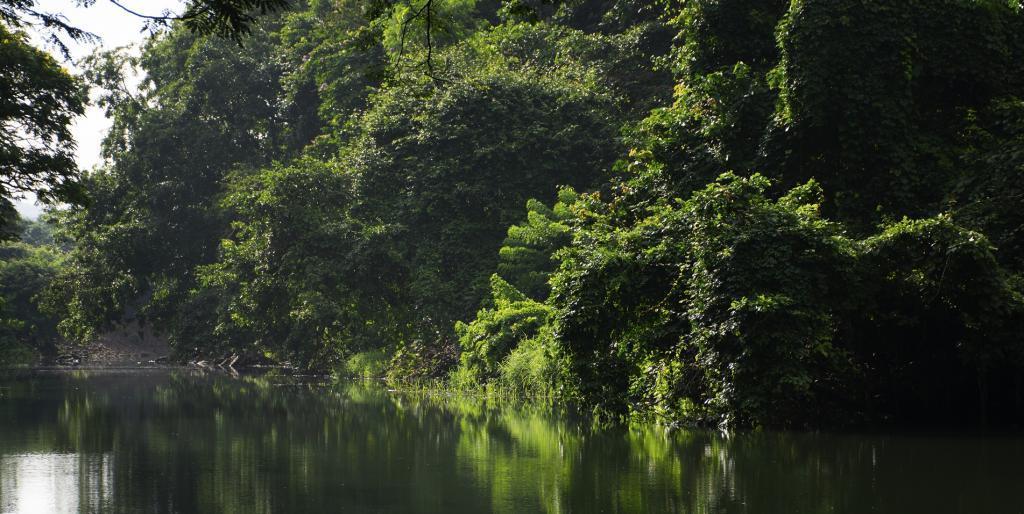 Greenhouse gases (GHG) follow a natural cycle — they are constantly released into the atmosphere and are removed from it via natural ‘sinks’ such as the land and oceans.

About 56 per cent of the carbon dioxide (CO2) emitted by humans is absorbed by the oceans and land —  about 30 per cent by land and the rest by oceans.

Land — forests, grasslands and wetlands — will play a critical role in the world’s desperate fight against climate change. These ecosystems act as sinks and remove a part of the CO2 emitted through human activities like burning fossil fuels.

But there are complications. The fact is that land is also a source of emissions — burning of forests and other disturbances add CO2 to the atmosphere.

Land use accounted for 13 per cent of anthropogenic C02 emissions during 2007-2016, accordting to the Special Report on Climate Change and Land 2019 (SRCCL) by The Intergovernmental Panel on Climate Change (IPCC).

But it also provided a net sink of around 11.2 gigatonnes of carbon dioxide per year, equivalent to 29 per cent of the total CO2 emissions in the same period.

This means, 29-30 per cent human-driven CO2 emissions have been soaked up by the world’s land sinks during the past three decades. Without this, the world would have been even closer to the temperature rise, already pushing it to the brink of weather-related disasters. Hence, protecting land is now back on the global agenda.

The world is not on track to reduce GHG emissions at the scale needed to avert a temperature rise of 1.5°C over pre-industrial levels. The solution, then, is to find ways in which emissions can be removed from the atmosphere and growing trees becomes part of this package.

It is also clear that adding to forests and restoring land can benefit local communities as environmental degradation impacts their livelihoods and impoverishes communities.

Some questions need to be addressed: How will these forests be grown and in whose lands? Who will benefit and at what cost? What will this mean for homes and livelihoods of forest-dwelling communities?

It is also important to understand the complexities in estimating the extent to which forests can act as sinks and to ensure that this accounting is credible. This estimation depends on a variety of complex factors.

But without this understanding, forests will continue to be used for creative accounting. In these cases, countries take credit for the CO2 the forests in their territory have removed, without any active efforts to enhance or preserve forest cover.

This challenge is amplified by climate change — increased heat levels are adding to the moisture stress in forests and leading to widespread burning. So, on the one hand, forests are being cut for different economic activities, reducing their role as sinks for the CO2 released from fossil fuel burning. On the other hand, as temperatures increase, the forests will shrink further.

The role of land (forests and agricultural land) as a mitigation pathway to reduce CO2 emissions was recognised by the United Nations Framework Convention on Climate Change (UNFCCC) in 1992. The Kyoto Protocol in 1997 endorsed the notion that not only should governments employ policies to enhance the land carbon sink capacities of their territories but also that such mitigation could be set against requirements for reductions in emissions from fossil fuel consumption.

At the 2009 United Nations Conference of the Parties in Copenhagen, a position paper by the International Union for Conservation of Nature (IUCN) advocated to “make full use of nature-based solutions in the post-2012 climate change regime”.

Nature-based solutions for mitigating emissions have gathered pace in the past few years. In March 2019, the UN General Assembly declared 2021-2030 as the UN Decade on Ecosystem Restoration to “prevent, halt and reverse the degradation of ecosystems worldwide”.

In January 2020, business representatives from the world’s major corporations signed on to the ‘one trillion tree’ initiative at the World Economic Forum in Davos, Switzerland, to plant a trillion trees by 2030 and “accelerate nature-based solutions in support of the UN Decade on Ecosystem Restoration (2021-2030)”.

In April 2021, at US President Joe Biden’s Leader Summit, the LEAF (Lowering Emissions by Accelerating Forest Finance) Coalition was announced as a public-private effort led by the US, the UK and Norway. The initiative to mobilise at least $1 billion for financing countries committed to protecting their tropical forests was supported by corporations like Unilever plc, Amazon.com, Nestle and Airbnb.

The chorus is growing louder but the question is: Can we get it right? It is a fact that we must preserve land sinks for the carbon removal role they play, and the numerous biodiversity and other co-benefits they offer. But banking on them to mop up our fossil fuel emissions, while making very little effort to reduce emissions in the first place, is a growing problem. It threatens any possibility of limiting temperature rise to 1.5 or even 2°C.

Even the maximum amount of carbon that land could possibly absorb would pale in comparison to the magnitude of carbon emitted through the burning of fossil fuels, he highlighted.

This is the first of a series of articles examining the uncertainties, opportunities and challenges with leveraging land sinks to tackle the climate crisis.