New awakenings in the trans-Himalaya

With threats to common properties multiplying and people’s traditional access to living systems being denied, the Forest Rights Act is making its way into the lives of people in the trans-Himalayan valley of Spiti

On an overcast day, we stirred a conversation with a few members of the Forest Rights Committee (FRC) from Mane, a village in the trans-Himalayan district of Spiti in Himachal Pradesh, discussing how the Forest Rights Act (FRA), 2006, would make them legal owners of the land under their occupation.

“All of this is ours, anyway,” they remarked, pointing to the forest land. “But is your name recorded as the owner in land revenue records?” we enquired. The immediate response, which was in the affirmative, soon turned around. “Not in the jamabandi (revenue records), but we have always used it without hindrance.” We sipped our tea, and continued the conversation, questioning, as to why a denial of access to their traditionally-held rights not perceived as a threat. 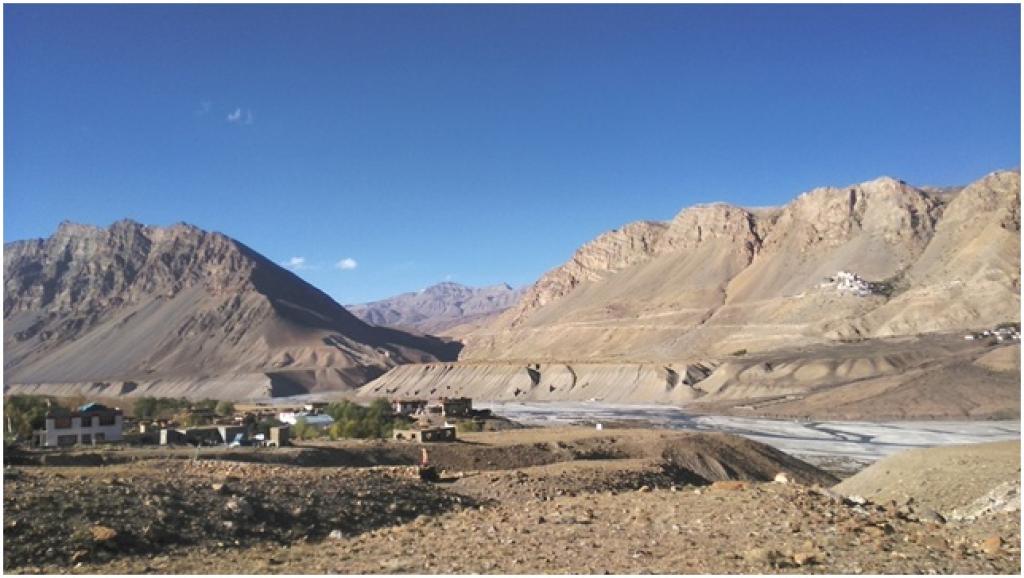 Our team was in the Spiti Valley in early October, travelling to Kaza, Tabo, Hall, Rangrik and the Pin Valley, participating in a series of dialogues and public meetings on FRA. This was part of a process of awareness-building about the significance of the Act, in collaboration with Spiti Civil Society, a local non-profit led by youth from the area. The Act, meant to ascertain the rights of communities dependent on forest land, is of critical importance for the people of Himachal Pradesh, where 2/3rd of the geographical area is designated as forest land and 90 per cent of the population is dependent on it for livelihood. But with harsh winter lasting for half a year, and the other half spent in making most of the livelihood options of agriculture and tourism, communities in the Spiti Valley, mostly Scheduled Tribes, seemed to have been oblivious to the Act that records legal ownership under it. Reluctance on part of the administration has been a hindrance in disseminating any information to people on the Act. It is due to bureaucratic apathy, low awareness of the Act and a lack of political will that so far, only 25 individual claims for “habitation” from Kaza have reached the Sub-Divisional Level Committee (SDLC) level and not a single community claim has been filed. Whereas there are close to 2,000 households in the valley and many have claims to make.

The road to Tabo, from the district headquarter Kaza, was lined by bushes of seabuckthorn and fields of barley, potatoes and black and green peas. Apple orchards spanned the banks of the Spiti River. In recent years, apple production has reached the lower belts of the valley, making it a lucrative source of income. Given the tiny land-holding size, over the decades, people had expanded their orchards into nearby lands which were later categorised as “forests”. Still, no claims for “land under cultivation” have been submitted to the SDLC. We crossed houses busy with renovation, where families patched their typical flat-roofed, white and red mud-brick homes with a new coat of mud—an abundant natural resource obtained from “forest land” that villagers are strongly dependent on.

“FRA can make you the legal owner of all these stones, the sand around you…” we recalled our colleague Prakash Bhandari saying this in his public speech in the compound of a Gompa—a Buddhist Temple—in Kaza where close to 150 people had gathered. This was in context of the Act’s most powerful provision of Gram Sabha consent before carrying out of any development activity by the State. Women, who received this statement with thunderous applause, later informed us of various instances where the officials had fined them for picking up sand and other material for houses. Understanding that the Act also recognises and records rights over traditional knowledge of cultural diversity and biodiversity, the women seemed further encouraged. 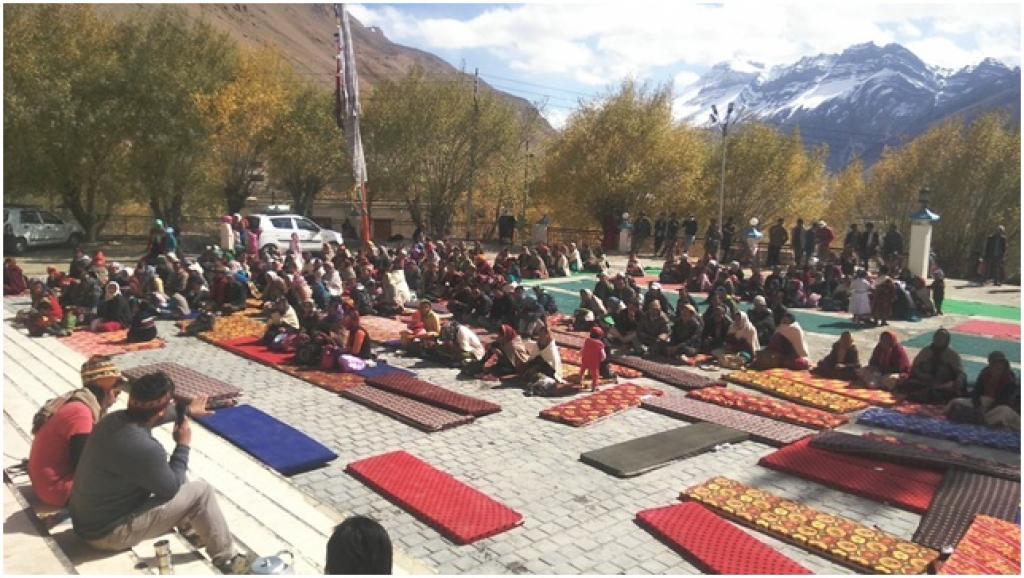 Across sessions, the initial inquiries of people were mostly limited to the “Himachal Pradesh Nautor Rules”, a policy designed in 1968 to allot land to the landless. While the state government is no longer framing policies related to regularisation of forest land occupations, Central legislations have brought the diversion of forest land under the jurisdiction of the Union Ministry of Environment, Forest and Climate Change. In Himachal Pradesh’s tribal belt, the state governor has exempted provisions of the Forest Conservation Act, 1980, to allot forest land for cultivation under the Nautor Rules. However, the glitch is that the Himachal Pradesh High Court, in a judgment, had maintained that the annual income criteria of Rs. 2,000 would be an eligibility criteria under the Nautor Rules, 1968, in the tribal belt also. This has been challenged in the Supreme Court of India, and only when the final judgement comes, can further land be allotted under these state rules. Regardless, ministers, and even patwaris have emphasised on Nautor, informing the claimants in one instance, “Process your applications under Nautor, FRA mei kuch nahi hoga…(nothing will happen under FRA)”. Unaware that FRA supersedes all other Acts, inhabitants in the region have continued to hold on to the false promises from the political leaders about Nautor. In one instance, a claimant who first prepared his file for an individual claim under FRA, took his file back soon after, saying that he wanted to instead apply under the Nautor Rules. People here continue to be mobilised for a policy that lies paralysed, while legal ownership continues to be a distant dream. 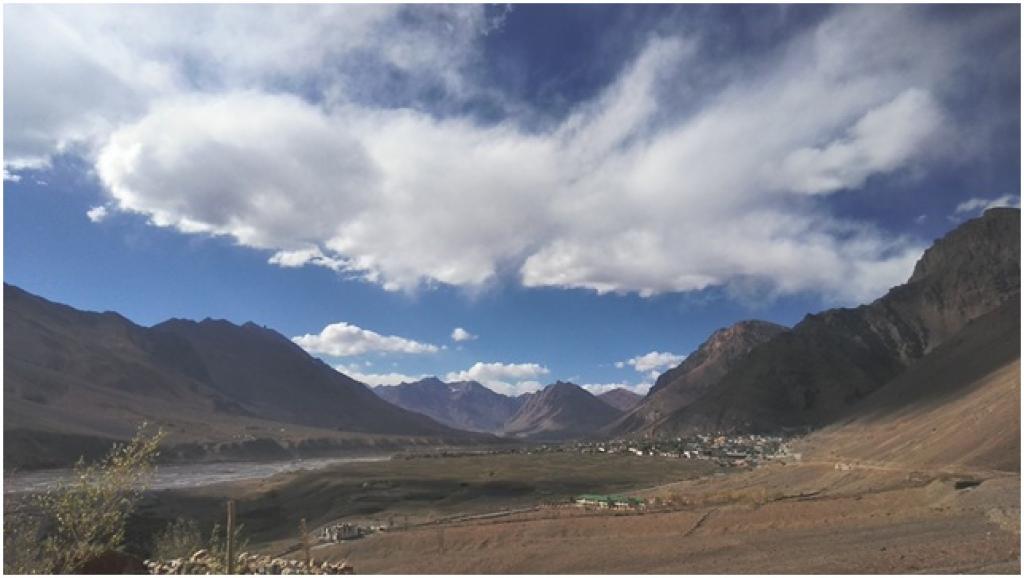 Residents of Kibber, unlike other villages, approached us eagerly insisting that they wanted support, to proceed first and immediately, with the Community Forest Rights claim. Their claim fell in an area spread over 100,000 hectares on which they have depended for grazing their sheep and yaks and collecting forest produce. Tsering, a resident of the village said, “We have been restricted by the Forest Department on earlier occasions and who knows when our complete access would be denied?” He was referring to the restrictions placed on accessing the forest lands over which they had customary user rights. The Kibber Wildlife Sanctuary and Pin Valley National Park are rich in endangered plants, with high medicinal values, and have a healthy population of snow leopards. An area of 10 kilometres around these protected areas has been declared as an “Ecosensitive Zone”, where activities are either prohibited, regulated or permitted under state guidelines. In 2017, the construction of a road connecting the pristine Pin Valley to Kinnaur was initiated. While this would shorten the distance to Shimla from Kaza by 90 kilometres, it will be accompanied by slope destabilisation, muck, and other hazards, due to forest diversion. Since 2009, Project Snow Leopard has been implemented in the region, one of the objectives of which is to “reduce existing anthropogenic pressures on natural resources.” Against such threats, a No Objection Certificate from the Gram Sabha under the Act can be a precious weapon for the community to have a say in the development process. For the residents of Kibber, Mane, and Khurik, the essence of FRA seemed to have rung true.

(Vaishnavi Rathore is with Himdhara Environment Research and Action Collective, Palampur, Himachal Pradesh. Her work revolves around research, documentation and implementation of the Forest Rights Act, 2006)