Of inclusive conservation and exclusionary orders

Forest-dwelling communities have the capabilities and desire to contribute to wildlife conservation, so why are we dismissing them? 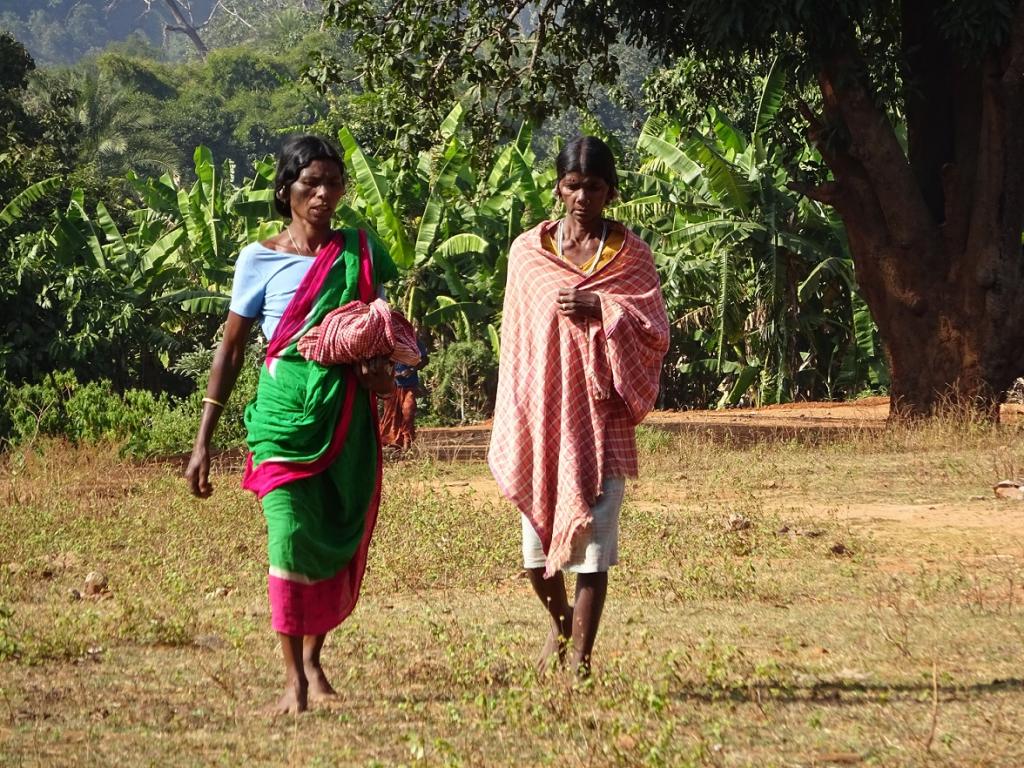 India is only delaying an opportunity to establish a rights-based, democratic and people-oriented conservation environment. Credit: Shruti Agarwal / CSE

The wildlife sector of India saw two significant developments in the first week of October. On the inaugural day of the Global Wildlife Programme Conference, organised jointly by the Ministry of Environment, Forest and Climate Change (MoEF&CC) and the United Nations Development Programme (UNDP), India launched its National Wildlife Action Plan for 2017-2031. The Union Minister, Harsh Vardhan, claimed that India was playing a leadership role in wildlife management through the involvement of local communities. Incidentally, the theme of the conference was people’s participation in wildlife conservation.

Less than four days later, the elusive and vulnerable snow leopard was sighted on a camera trap in Thembang—one of the Community Conserved Areas (CCAs) in Arunachal Pradesh. Delighted by the news, a section of wildlife conservationists is now using the story to highlight the importance of community support in conservation.

With such global acknowledgement and emerging evidence of the importance of communities in wildlife conservation, one would hope that India’s conservation policies are people-centric, democratic and inclusive. The reality is, in fact, far from it. A classic case is the management of Protected Areas (PAs) in India, which has often faced criticism from civil society groups for its top-down and exclusionary model, where decision-making has continued to remain with the forest bureaucracy.

Indeed, the poor implementation, especially inside PAs, of one of the key legislations that empower communities to protect wildlife, forest and biodiversity, bears testimony to the lack of administrative and political will to recognise communities as stewards of wildlife conservation. For example, Section 3(1)(i) of the Forest Rights Act (FRA) recognises Community Forest Resource (CFR)—the rights of forest-dwelling communities. However, cases of FRA and CFR violations in PAs have emerged time and again; a recent one being the March 2017 order issued by the National Tiger Conservation Authority (NTCA) to deny forest rights inside critical tiger habitats.

Citing that NTCA or MoEF&CC had no jurisdiction over FRA implementation, forest rights activists termed the order illegal and called for its immediate withdrawal. Instead of taking action against the order, the nodal agency for FRA—the Ministry of Tribal Affairs (MoTA) took two months to issue a response. MoTA’s statement expressed discontent for not being consulted on the order. In the same breath, however, it also acknowledged that the NTCA order was ‘only a temporary measure’ and requested the MoEF&CC to initiate the due process to formalise the guidelines for notification of ‘Critical Wildlife Habitats’ defined under Section 2(b) of FRA. The ‘temporary measure’ narrative was reiterated by Harsh Vardhan in his response to a Parliament question on the order on July 18, 2017. The Parliament was informed that the order would be withdrawn once the guidelines for critical wildlife habitats (CWH) are notified.

Why the order reinforces exclusionary conservation?

Several instances are being reported across the country where community-led initiatives in CFR areas (and outside them) are recording improvement in wildlife habitats, making a case for co-management of PAs.

Yawal Wildlife Sanctuary in Jalgaon, Maharashtra, often quoted as a classic case of FRA misuse, has reportedly witnessed an increase in tiger sightings following constructive dialogue on FRA between different stakeholders in the sanctuary, including local communities and forest department. “Tiger populations in the Biligiri Rangaswamy Temple Tiger Reserve of Karnataka have steadily increased over the last 15 years, even after the recognition of CFR rights of the Soliga community over the tiger reserve,” informs Sharachchandra Lele from Bengaluru-based ATREE. In Gadchirolli and Chandrapur districts of Maharashtra, communities have set aside a small part of their CFR areas (around four per cent) as devrai or ‘forests of god’, where no human disturbance is permitted, to allow local biodiversity and wildlife to flourish in these areas. These communities have also reported increased sightings of wildlife in their CFR areas as a result of such protection measures.

One would argue that these claims should be backed by scientific reasoning and data before calling them conservation success stories. Nevertheless, such claims need to be considered as positive indications that communities have the capabilities and desire to contribute to wildlife conservation in the areas they govern. Instead of dismissing them, a more constructive approach would be to train communities in ecological monitoring to verify and validate their perceptions and observations.

Meanwhile, the denial of CFR rights continues, more so after the NTCA order. In at least two tiger reserves, CFR rights, which had been approved in principle by the district-level committee, have been put on hold. These include the Tadoba-Andhari Tiger Reserve of Maharashtra and the Similipal Tiger Reserve of Odisha. Local groups working with communities in and around these tiger reserves inform that there had been no objection to the CFR claims inside critical tiger habitats by the reserve authorities until the NTCA order arrived. The rights have, thus, been made contingent to the issuance of CWH guidelines (not a requirement under law), which are unlikely to see the light of the day in the near future.

Where are the CWH guidelines?

CWHs have been defined as ‘areas of national parks and sanctuaries where it has been specifically and clearly established, case by case, on the basis of scientific and objective criteria, that such areas are required to be kept as inviolate for the purposes of wildlife conservation.’ “FRA defines Critical Wildlife Habitats but does not have any corresponding enabling provision for notifying them. That is why guidelines are needed,”say officials from the MoEF&CC.

The delay in the guidelines has irked wildlife conservationists too. “Since the enactment of the Forest Rights Act, over 13.5 million acres of land in Protected Areas and Forests has been given to communities as per the statement of the MoTA on January 31, 2017. Furthermore, MoTA has issued over 30 directions/clarifications to ensure recognition and vesting of wide ranging rights and only one on the need to identify Critical Wildlife Habitats. However, not even one acre of Critical Wildlife Habitat, as mandated by the Forest Rights Act, has yet been notified”, says Praveen Bhargav, former member, National Board for Wildlife.

In 2014, Mumbai-based non-profit, Vanashakti filed a public interest litigation in the Bombay High Court (PIL No 131 of 2014) against the Maharashtra forest department for failing to demarcate a single Protected Area in the state as a CWH. The MoEF&CC, also a respondent to the petition, stated in its reply on March 2, 2015 that it had taken up the matter with MoTA to address legal concerns regarding CWHs. In another response filed by the ministry’s regional office in Nagpur on October 26, 2016, it mentioned that the Rules for notification of CWHs have been drafted and it was in consultation with the Department of Legal Affairs, Ministry of Law and Justice for vetting them before notification in the Gazette of India. However, there are no signs of the Rules or guidelines.

“There have been two versions of CWH guidelines, the first in 2007 and another in 2011. These were withdrawn as we could not build consensus on them,” inform officials from the MoEF&CC. Discussions with the MoEF&CC officials also revealed that the ministry wanted rules for CWHs and not guidelines alone, which it hoped would be more ‘legally binding’. It is learned that the MoEF&CC’s proposal to be the designated authority for notifying the Rules has been turned down by the Department of Legal Affairs, as it is not the nodal agency for the implementation of the Act. Sources in the MoEF&CC say that the guidelines are in cold storage, as the position of the key decision-making authority in the Union Ministry on the subject—the Additional Director General (WL)—has been lying vacant for more than six months now. The guidelines, whenever ready, would be notified by the MoTA.

Undoubtedly, in forests—where it has been scientifically proven on a case-by-case basis through a democratic and consultative process that co-existence is not a possibility and continuation of forest rights would cause irreversible damage to wildlife—modification of rights should be considered. Instead of doing that, a ‘temporary’ order on a legislation has been issued by an agency which has no jurisdictional authority, and allowed to be in operation for more than six months now, stalling the recognition of rights and inclusive participation of people in wildlife conservation, guaranteed by a constitutionally enacted Act.

While government agencies have resigned to the ‘temporariness’ of the order, the true costs of the order are being borne by the forest dwelling communities alone. India is only delaying this opportunity to establish a rights-based, democratic and people-oriented conservation environment and emerge as a true world leader in participatory conservation.

(With inputs from Soujanya Shrivastava)