Tribal communities suffer when evicted in the name of conservation

The tribal communities are paying a brutal price for governments' agenda to boost safari, create protected areas and attract tourism 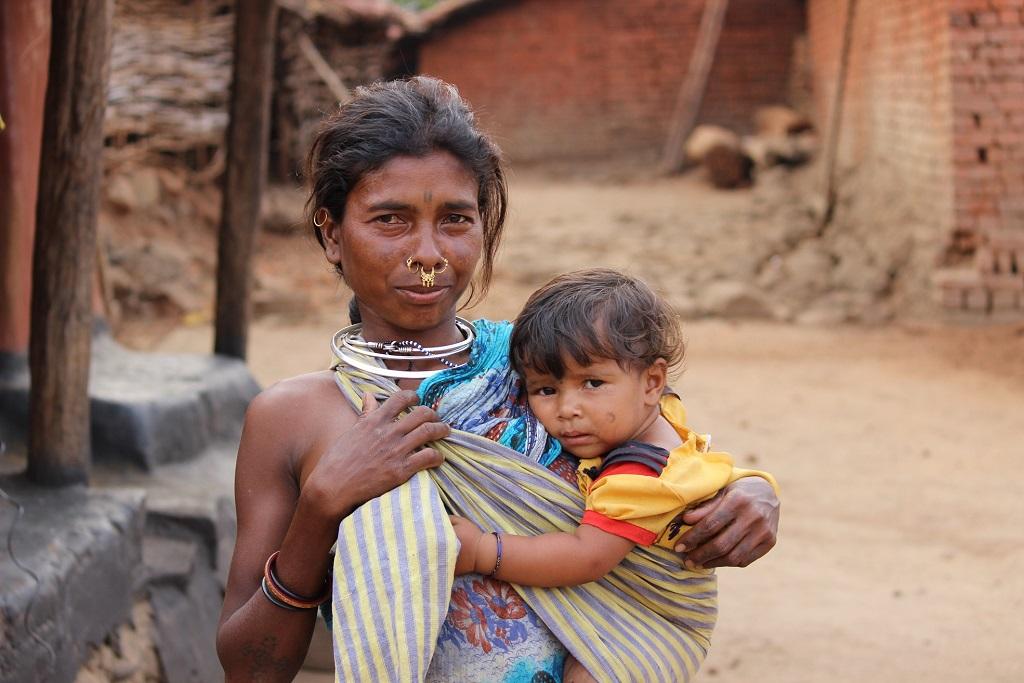 Several research studies have revealed that stewardship by forest-dwelling communities considerably slows the rate of forest degradation. Since mitigating and adapting to climate change requires sustainable forests management, the tribal people who have been living in and around the forest for millennia could play a key role.

“It has been estimated that 50 per cent of protected areas worldwide have been established on lands traditionally occupied and used by tribal people,” said Victoria Tauli-Corpuz, UN Special Rapporteur on the Rights of Indigenous Peoples. “For over a century, conservation has resulted in cultural destruction and large-scale displacements of tribal people from their ancestral lands.”

Let us revisit the pitiable condition of tribal communities across India and Cameroon, with a special focus on their status of land rights and tyrannical measures adopted by governments to alienate tribals from their ancestral land and forest.

Eviction in the name of conservation

Taken for instance, the recent decision by the Supreme Court in February has been severely condemned by human and tribal rights activists. The country’s apex judicial system has ordered to evict more than one million forest dwelling people, in case their application has been rejected under Forest Rights Act (FRA), 2006.

“It is important to re-investigate the rejected cases and aid applicants to secure their genuine rights under FRA,” said Sandeep Kumar Pattnaik, a Bhubaneswar-based researcher. “FRA clearly says the gram sabha is supreme in deciding the claims under the Act.”

Thanks to the collective advocacy by several activist groups, the SC was forced to stay its earlier decision. However, this is not the first case in India where the tribal communities have been asked to leave their homes in the name of conservation.

In 2014, around 450 families from indigenous Baiga and Gond communities were evicted to protect tigers in the Kanha Tiger Reserve. “Many affected families did not receive compensation and rehabilitation benefits as assured by the government,” claimed tribal activists.

“Baiga communities who have carefully managed the tiger’s habitats over generations are annihilated by forced evictions,” said Stephen Corry, director of Survival International, a UK-based international organisation that campaigns for rights of indigenous tribal people and uncontacted people, said. “The tribal communities were not involved in poaching, but they were the best conservationists.”

Similarly, in 2017, the government destroyed around 8,000 homes and forcefully evicted nearly 40,000 people from protected areas. For instance, in April 2017, more than 148 houses were demolished and 156 families were evicted from Thatkola and Sargodu Forest Reserve in Karnataka, as per the SC orders. Also in Assam, more than 1,000 people from Bodo, Rabha and Mishing tribal communities were forcefully evicted from the Orange National Park in the same year.

According to a research conducted by Housing and Land Rights Network in 2018, “In a majority of reported eviction cases, state authorities did not follow due process established by national and international standards.” The research also revealed that, “All cases of forced eviction resulted in multiple and often gross human rights violations.”

Cameroon sails in the same boat

What has happened in India with the tribal people is also happening all over the world — hounding of the weak and exploitation of the forest land and natural resources — tribals are the worst victims. In this context, the condition of tribals in Cameroon, a central African country, is also not satisfactory despite the fact that the country is a signatory of the ‘UN Declaration on the Rights of Indigenous People’.

Majority of the tribal people in Cameroon live in or around forest areas often rich with minerals, oil and timbers. Of country’s 22.5 million hectares of forest area, 17.5 million are classified as productive forests and are being allocated to logging companies, according to the Ministry of Forestry and Wildlife, Cameroon.

Take for instance the Chad-Cameroon Pipeline Project, which disproportionally affected hundreds of thousands of tribal communities. This project is a classic example of forced displacement and destruction of cultural sites.

“Many evicted tribal households were not even considered eligible for the compensation plan because their ancestral claim to the land is abruptly rejected by the government” said local journalists.

“They say our forest has become a national park now. We are not allowed to enter our forest anymore,” said a man belonging to an indigenous community around the Bakossi National Park, South-west region of Cameroon. “For generations we have lived in the forest. But now we cannot collect bush mango, bush pepper, mushroom, and wild fruits from the forest. How will we survive?” he said.

Forceful eviction of tribal communities is the highest form of human rights violation. Around 68 per cent of Bakossi National Park comes under community forest areas (CFAs) but less than 10 per cent of the tribal people have the rights to govern their CFAs.

“We know when and where the poachers are, but no one will listen to us,” a Baka man told Survival International. For generations, the indigenous Baka people in Cameroon have lived in the forest harmoniously.

Today many of the Baka people are living on the road side at the outskirts of towns, deprived from basic needs food, shelter and portable water. “Eviction of tribal people is increasing, with intimidation, harassment, threat, and violence being used by the ruling government in Cameroon against who resists,” say local journalists.

In the last two decades, there has been a growing concern by several international conservation-based organisations to protect the endangered wildlife species, with a special focus on Asia and Africa.  For example, in Cameroon, the rate of creation of protected areas and sanctuaries has increased exponentially in the last one decade.

World Wildlife Fund (WWF) is one of the international collaborators of Cameroon government to protect wildlife and create sanctuaries. Over the years, it was reported that many conservation-focused projects funded by WWF across Africa and Asia have grossly violated human rights of tribal communities.

“The conservation-versus-people approach to protect wildlife has worsened the lives of thousands of native people,” said Simon Counsell, director of Rainforest Foundation, an international conservation-focused organisation. 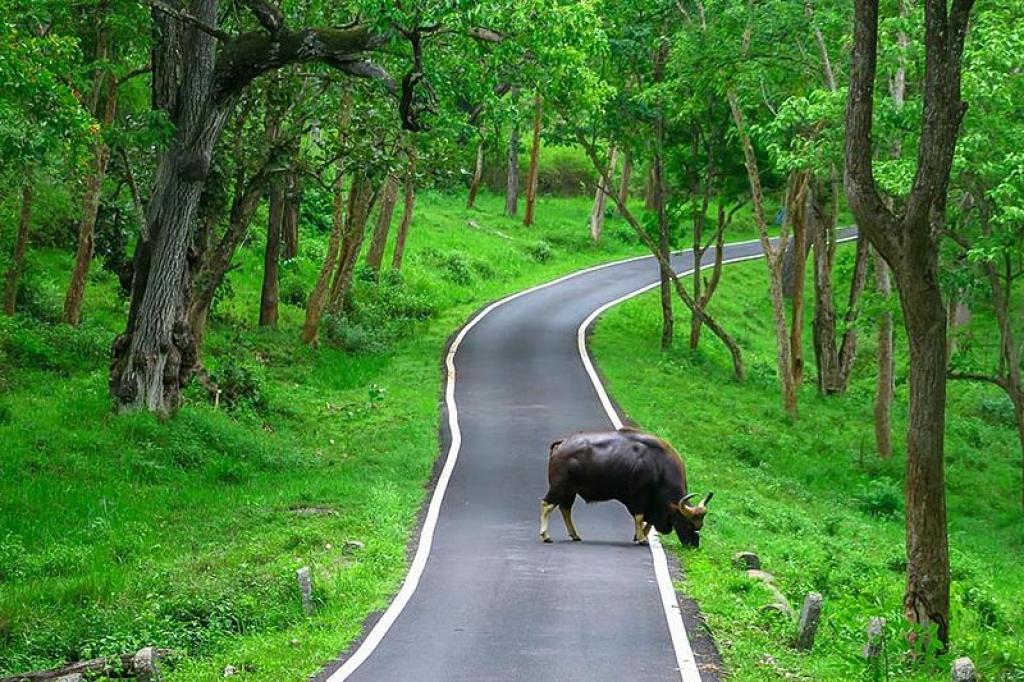 It is high time the respective governments and conservation-based organisations began duly acknowledging the critical role tribal people play in conservation, preservation and safeguarding the richness of local biodiversity.

The low-carbon-footprint lifestyle of the tribal people has conserved the global environment for millennia and their wisdom and sustainable methods should be recognised, adopted and promoted to effectively mitigate climate change.

“When traditional communities are given full legal rights to their land, they protect the environment efficiently and cheaply,” according to a study conducted by the Centre for International Forestry Research.

“In India there are many instances where tribal communities have played pioneering role in protecting wildlife and forest”, said Manohar Chowhan, member of Campaign For Survival and Dignity, a civil society network advocating for the rights of forest-dwelling people.

“Take for example, the community-led blackbuck conservation initiative in Ganjam district of Odisha,” he said. From a meager population of around 573 in 1990, the census of 2018 revealed an estimated 4,044 blackbuck in the area, thanks to the conservation efforts of the local community.

Another classic example is the Biligirirangana Hills Tiger Reserve in southern India where the Soliga tribal communities have been allowed to stay. It is reported that there has been an increase in the number of tiger population far above the national average.

“We worship tiger as gods,” a Soliga told the BBC. “You remove us and you remove the tigers,” said another Soliga.

Abishek Harihar of the University of Kent in Canterbury, UK, said, “Working with the tribal people is the key to save wildlife.”

“Radical transformation is imperative since the present conservation model is counterproductive. The present approach is neither helping the local communities nor protecting the wildlife,” said Srinibash Dash, program officer at the Panchayatiraj Department in Odisha.

“The tribal people are better at looking after their forest than anyone else. They also represent one of our best hopes for doing so in the future,” concluded Das.

Abhijit Mohanty is an international development professional currently based in Cameroon, Central Africa. He has extensively worked with the indigenous communities across India, Nepal and Cameroon, on issues of land, forest and water.