Why the Dangs has not been able to implement FRA properly

The ‘real owner’ of forest land is still the forest department. Such brazen violation of the law betrays a systematic attempt to implement FRA, reducing it to a symbol rather than a tool of empowerment 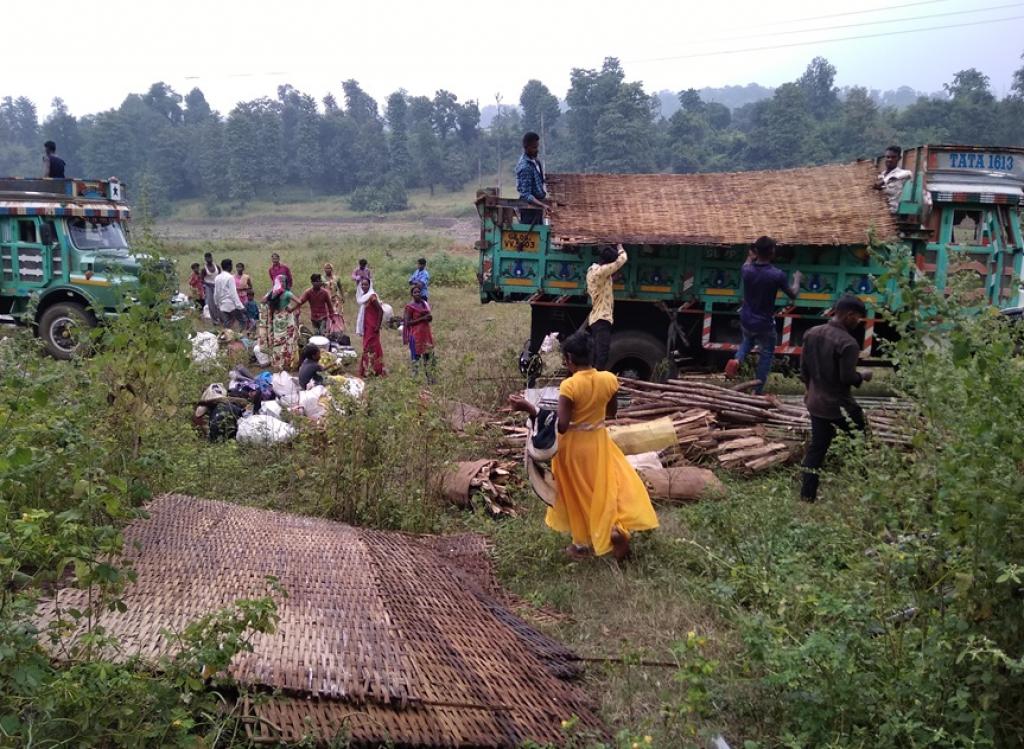 The Dangs, the smallest district in Gujarat, is a thickly forested and tribal-dominated region that has been away from the ‘developmental’ paradigm till today.

Some 77.5 per cent of its area is under forest cover, according to the State of Forest Report by the Union Ministry of Environment, Forest and Climate Change.  It is home to tribal communities like the Bhils, Warlis, Kunbis, Kotwalias and Kolchas, collectively known as ‘Dangis’.

These groups still live off resources in and around the forest, performing activities like farming, housing, fishing and non-timber forest produce. There are many villages (majorly from the Subir block) with abysmal living and financial conditions. These witness seasonal migration to sugarcane plantations and vineyards in the Surat and Nashik districts respectively.

There have been attempts to ‘settle’  the rights of Adivasis. This was first done in 1969-70, when the First Survey Settlement was conducted by the revenue department in the Dangs. Some 12,000 individuals were given ownership rights in protected forest areas across the district.

In the early 1990s, when the Scheduled Caste / Scheduled Tribe Commission by BD Sharma was set up, the state released a series of circulars to regularise the disputed and ‘encroached’ land and invited villagers to apply for land rights. This included land in reserve forests also. But only a handful of claims were recognised because of the stringent conditions of approvals.

After examining and conducting a hearing of 7,341 claims from 266 villages (from 2009 to 2020), 3,187 claims have been approved, 44 are awaiting hearing at the sub-division level committee (SDLC) while the rest were rejected and given a notice explaining the reason for it.

Additionally, before 2013, the nodal agencies (SDLCs and district level committees) had illegally and incorrectly rejected thousands of claims on the basis of the incorrect imagery of villages by the Bhaskaracharya Institute for Space Applications and Geoinformatics or BISAG, Gandhinagar.

There were major flaws in the maps that were prepared. Claimants’ plots were not scientifically measured and just overlaid on the 2005 satellite imagery. As a result, several claims were rejected outrightly in Gujarat including the Dangs as the survey number and plots marked in the BISAG imagery did not match with the ones mentioned in the claim forms.

In July 2013, the Gujarat High Court gave a verdict in the petition filed by Archvahini (a local non-profit) and the Adivasi Mahasabha from Dangs. It ordered reviewing and reopening the rejected claims in the state in accordance with Rule 13 of the Forest Rights Act (FRA) Rules, 2012 including physical evidences on the site and also accepting applications made before 2005 and the use of imagery (satellite) from authorised sources.

After this, there were again a series of rejection of claims based on arbitrary site verification reports by the Tribal Sub Plan and forest department officials. These claimants further appealed at the DLC but despite these submissions, they have heard only 644 appeals so far of which, 10 claims are recognised.

Approximately 100 cases were rejected without considering the record-based evidence like previous application, satellite imagery, etc produced at the DLC hearing where the officials accepted only the field site verification by the Mamlatdar (forester) as the evidence. Currently, 112 petitions from 21 villages are pending in the Gujarat High Court.

This makes a total of 3,197 (43 per cent of the overall claims filed) claims being recognised in the Dangs to date. Yet, there were serious limitations with the adesh patra (judicial decree) and seven extracts given to the claimants.

In some cases, the land granted is much less than what is under possession. Claimants have applied for revision of the area allocated but it is still pending. In other cases, the understanding of the Act itself is unclear to the officials.

For the claimants who have claimed for more than one plot coming in different survey numbers, the nodal agencies have approved only one part of the landholding for a particular survey number. These claimants have made an application for a hearing of the other plots too but it is still awaited.

The third problem that was reflected in a meeting with the community members in Dongiamba village near Purna Wildlife Sanctuary is that while possession titles have been given to many claimants, it recognises only ‘secondary’ rights over their land.

The ‘real owner’ is still the forest department. Such brazen violation of the law betrays a systematic attempt to implement FRA, reducing it to a symbol rather than a tool of empowerment.