Why we need to factor ecosystem services into economic development planning

The multiplier effects of healthy forest cover are enormous in terms of economic, social development objectives 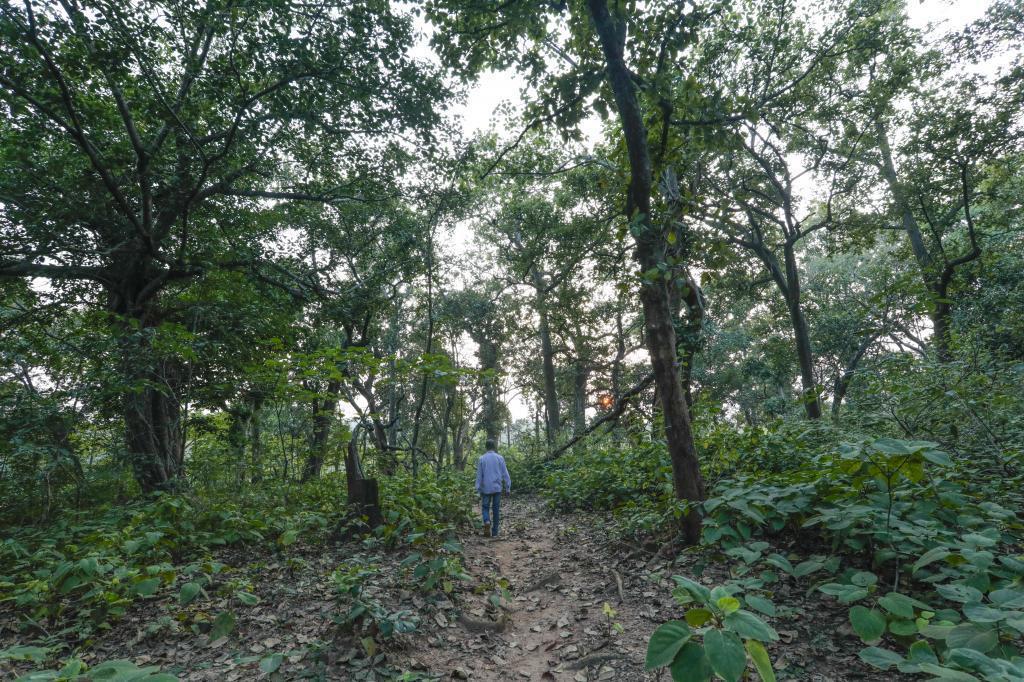 Current economic paradigms focus almost entirely on the reliance on engineered structures to build resilience for communities and ignore the role and potential of ecological infrastructure.

The services that forests provide are often ignored in the economic growth models that are used to describe and actuate human welfare. Some of these services, such as water purification and air quality regulation, are fundamental to the survival of all living beings on the planet.

Forest health and economic systems are interconnected. There was a 53 per cent increase in cash income, for example, among forest user groups in Andhra Pradesh, according to a study by the World Bank. This corresponded to an increased support to small and medium forest-based enterprises in the region.

The multiplier effects of a healthy forest cover are enormous in terms of economic and social development objectives. Around 1-1.5 billion people benefit directly or indirectly from the forests of the world, according to some estimates.

Forests cover about a third of the planet’s land area. The importance of forest cover is reflected in policy responses such as India’s plan to restore about 26 million hectares under the Bonn Challenge, and its commitment to sequester 2.5-3 gigatonnes of carbon dioxide-equivalent by 2030 through forest and tree cover under the National Mission for Green India.

Forests provide an array of ecosystem services that are not only beneficial for the environment but also crucial in achieving several of the United Nations-mandated Sustainable Development Goals.

It is important to understand the type of forest cover that supports the economy. The India State of Forest Report (ISFR) 2021, released earlier this year, noted that the country’s total forest cover was 713,789 square kilometres (sq km), covering 21.71 s per cent of the geographical area. This represented an increase of 1,540 sq km, or 0.22 per cent, over 2019.

This may sound encouraging, but we must take a closer look to truly understand the state of forests in India. Forests are classified into three major categories: Very dense, moderately dense and open forest. The change in forest cover under these categories is an indication of the dynamics of forest conservation in India.

The rise in very dense forest can be attributed to an increase in protected areas and national parks. The significant decrease in moderately dense forest suggests that natural forests are being converted for use in developmental activities.

That is why it is important to underscore the benefits that healthy forests provide for the overall well-being of people. High-quality forest is generally rich in biodiversity, and therefore more resilient against climate change.

It also acts as a safety net for forest-dwelling communities by providing livelihood support. This support to the rural economy is a reason to invest in conserving very dense and moderately dense forests.

Increasing green cover will help regulate the local land temperature as the world warms up because of climate change. Investing in green or ecological infrastructure such as mangroves not only provides benefits such as storm-water protection, but also helps develop the local economy through increased livelihood options.

Natural landscapes such as tiger reserves, for example, provide a range of ecosystem services, and estimates the benefits from such services at Rs 50,000-1,90,000 per hectare per year, a recent study commissioned by the National Tiger Conservation Authority showed. This is not factored into traditional national accounts.

These estimates show how the economic benefits provided by healthy forest ecosystems contribute to human well-being.

A cohesive green natural cover is also necessary for the country to achieve its decarbonisation goals, since biodiverse forests have a higher capacity for carbon sequestration than monoculture plantations.

Also, as temperatures rise due to climate change, monoculture forests are more prone to wildfire events that not only reduce the forest cover but also jeopardise the country’s climate commitments.

Climate change projections for 2030, 2050 and 2085 indicate that Himalayan states such as Jammu and Kashmir, Himachal Pradesh, Uttarakhand and Ladakh will witness the greatest increase in temperature, according to ISFR 2021. Such climatic changes would adversely affect their forest ecosystems.

The report noted that the biodiversity-rich forests of the hilly regions have registered a decrease of 902 sq km. The RCP 4.5 scenario, a moderate emissions trajectory modelled by the Intergovernmental Panel for Climate Change, for 2050 showed that almost 99 per cent of India’s forests are in the high and very high-risk categories.

The combined effect of deforestation and climate change can exert pressure on India’s biodiversity-rich forests in the coming years. The impact can be mitigated to some extent by increasing the area under national parks and protected areas, but this will not ensure growth in community-managed forests.

The link between forest cover and ecosystem services, sustainable development goals as well as nationally determined contribution targets gives us new insights on how the scope of the ISFR can be improved, and how the report can help us have a more holistic perspective on our forests.

This is urgently needed, as we increasingly face the adverse impacts of climate change, species extinction as well as growing demands for economic growth and job creation.

Madhu Verma is chief economist while Asi Guha and Elphin Tom Joe are programme associates at the Economics Center, World Resources Institute, India. Views expressed are the authors’ own and don’t necessarily reflect those of Down To Earth.