Free the air of mercury 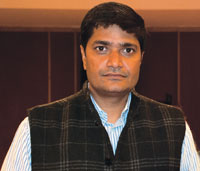 In 2003, we at the Centre for Science and Environment undertook the task of creating an inventory of mercury use in India. We decided on this endeavour after conducting the environmental rating of the chlor-alkali industry: an industry that produces basic chemicals like caustic soda and chlorine. This industry was at that time using large amounts of mercury in its production process. We were horrified to learn during the rating that more than 90 per cent of the mercury used literally vanished into thin air. No mercury is actually consumed in the production process, so the mercury used has to be discharged with effluents, waste and air emissions or has to be present in the products. But even after we had taken stock of all such mercury, a large proportion of the silvery element used in the production process remained unaccounted for. Industry too had no idea where this mercury was going.

We tested the soil, water, effluents and sludge within and outside the chlor-alkali plants that used the mercury cell process. We found mercury everywhere at more or less same levels—inside the mercury cell plants, a few kilometres from these plants and hundreds of kilometres away in factories using products manufactured in these mercury cell plants. We concluded that mercury not only contaminates the environment right next to the place where it is used; it also evaporates and travels far and wide. It is, therefore, an invisible pollutant and threatens public health far away from the place of actual use.

Our inventory-creating exercise in 2003 threw up two key findings: that India was the largest importer and user of mercury in the world, and that it didn’t know where it was using a large part of this mercury.

We sifted through reams of import-export data from the Directorate General of Foreign Trade, but could not locate the major users of mercury, other than the chlor-alkali industry, electrical companies and a few medical instrument manufactures. In all cases mercury used in the production process vanished into thin air. We also concluded in our inventory findings that mercury emissions from coal-based thermal power plants are substantial and may be of the same order as that of the mercury used in industrial processes and products. We prepared a regulatory agenda, which has not yet been implemented.

A decade later, we again tested mercury, but this time looked for it in human bodies. We were approached by the people in Uttar Pradesh’s Sonbhadra district to investigate their health and pollution problems. Sonbhadra is the energy capital of India with coal-based thermal power plants of close to 10,000 MW capacity. People around these plants suffer terrible health problems: high incidence of skin discolouration, shivering, reduced vision, burning sensation in the limbs and impaired speech. Preliminary investigation indicated these were caused by mercury.

The biggest shock for us was that the government and the key company—National Thermal Power Corporation (NTPC) Ltd—knew about mercury poisoning in Sonbhadra way back in 1998. That year NTPC had asked Lucknow-based Indian Institute of Toxicology Research (IITR) to conduct an epidemiological study. The institute found high levels of mercury in humans, water and food items. But the study was never made public and people continued to suffer. In fact, we were recently informed by IITR that the Union Ministry of Environment and Forests had commissioned more studies on mercury pollution in thermal power plant hot spots, but did not release these studies.

Our decade-long work on mercury has convinced us that India does not need to use mercury till it is absolutely essential. Today there is no rationality for its use because economically viable alternatives to mercury are available. Besides, the health costs are just too high to justify the use and release of this toxic metal.

In this context, the Minamata Convention to reduce the emissions and release of mercury into the air, water and land, must be seen as the beginning of a process to eliminate the use and abuse of mercury. On January 18, 2013, 140 countries agreed to launch the convention. Under the agreement, a range of products, including batteries, electrical appliances, CFL bulbs, soaps and cosmetics, will be phased out by 2020.

However, exception has been made for a few medical products and some items related to religious faith. The convention prohibits the primary mining of mercury. However, it has failed to deliver on reducing mercury from industries and the mining sector. This is largely because European NGOs have used mercury as a front to further their climate change agenda and target coal-based power plants in India and China. This has made countries like India defensive and consequently the language on reducing mercury emissions from power plants in the convention is weak.

Signing the convention will not be sufficient. Going by the experience in the climate change arena, one needs an effective compliance and finance and technology mechanisms to achieve the objectives.

India, on its part, will have to put its own house in order. It does not know how much mercury it uses and where and how much it releases in the environment. It does not know the effect it has on people’s health. And when it does come to know, it wants to hide it. India hardly monitors or regulates mercury in products and has not yet set mercury emissions standard for coal-based thermal power plants despite discussing it for the last 10 years. It is time India took steps to protect the present and future generations. Mercury is too dangerous to be allowed to move freely.

Though India has agreed to the Minamata Convention, let’s hope it also learns from the experience of Minamata and stops repeating the mistakes.