To reduce the level of carbon in the atmosphere, growing and using biomass as an energy substitute for fossil fuels is of greater advantage than creating carbon sinks 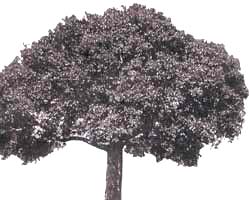 THE Kyoto Protocol, forged in December 1997, appears only to advocate planting and conserving forests (afforestation and reforestation) in order to create carbon sinks in trees and also in soils. Little is said about using trees and other forms of biomass as an energy source to substitute the use of carbon dioxide (co2)-emitting fossil fuels.

It has been recognised for a decade now that growing and using biomass on a continuous basis as a substitute for fossil fuels has clear advantages compared to using biomass solely as a means to sequester carbon to create a carbon sink. Renewably grown biomass is a co2-neutral fuel with a low sulphur content and can be converted to electricity, heat, and liquid and gaseous fuels. Biomass is grown perennially to generate energy such that environmental benefits accrue to the soil quality and biodiversity, for instance, in comparison to annual crops. In addition, rural communities gain jobs from growing biomass rather than removing land from productive use to only sequester carbon. Thus, there are numerous environmental and social advantages from growing and producing biomass energy.

The problems with growing biomass as a carbon sink are:

• maintenance and protection costs are incurred throughout the lifetime of the trees,

Besides creating local jobs and other benefits, growing biomass and using it as a source of fuel, generates a continuous income for the farmer. Trying to maintain forests for long periods may be very difficult unless rigid legal and fire protection systems are enforced. Moreover, people may have to be sidelined in order to prevent damage and loss of carbon sinks. This may not be feasible in many countries unless an effective long term infrastructure exists.

Naturally, where mature forests exist they should be conserved as both carbon sinks and deposits of biodiversity. Also where plantations are grown, probably on excess arable and degraded land, they must follow ecological guidelines so as to improve biodiversity and carbon sinks.

In the European Union, a recent white paper on renewable energy proposed that Europe could double its renewable contribution from six per cent today to 12 per cent by the year 2010.

Under the proposal, biomass energy in total could contribute an additional 90 million tonne oil equivalent (mtoe) per year compared to today's annual contribution of about 47 mtoe. The contribution of all forms of biomass (137 mtoe) to reducing co2 would total about 150 million tonne carbon by 2010, a reduction of 17 per cent which is twice the EU'S obligation under the Kyoto Protocol.

A clear point for policymakers is that trees and other forms of biomass can act as carbon sinks. But at maturity or at their optimum growth.rate there must be plans to use the biomass as a source of fuel to offset fossil energies. Otherwise the many years of paying to sequester and protect the carbon in trees will simply be lost as they decay and/or burn uncontrollably. Biomass has many advantages for an environmentally friendly future but to obtain maximum benefit, trees (other than in primary forests) should be used as an energy source at the end of their growing life.

David O Hall is a professor at the King's College, London