The Kemper power project in the US, based on ‘clean coal technology’, attempts to show the way

The Kemper power project in the US, based on ‘clean coal technology’, attempts to show the way 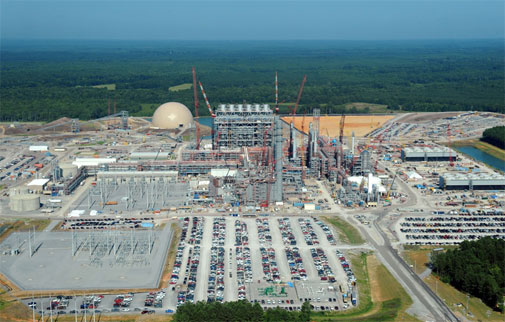 A recent article in The Economist calls coal, the dirty kind, fuel of the future. It is plentiful, easy to mine and transport, and can be purchased from a variety of reliable sellers. But most importantly it is cheap to buy and burn to generate electricity that is so vital to lift millions of the unwashed out of poverty.

This is a problem given how dreadfully toxic coal is. In India thermal power generation is responsible for more than a third of total greenhouse gas (GHG) emissions. Ash from low-grade coal, which comprises most of the production from Indian mines, sulphur-dioxide, mercury and other toxins add to the pollution load. Thermal power plants use enormous amount of water and pollute our rivers.

Coal supporters think they have a solution to this conundrum: clean coal. Except that, so far, some of the “clean coal” ideas that really matter can at best be called experimental. Clean coal encompasses, in common usage, a number of technologies: some are basic such as chemically washing coal to remove impurities; gasifier technology, which converts coal to “syngas” that can be scrubbed to remove pollutants while improving efficiency is somewhat advanced one. Right now few gasifier-based power plants are in operation, and, they have spotty performance record. Moreover, none of these technologies do anything about CO2, the greenhouse gas (GHG) which is produced in huge quantities by a coal-burning power plant.

For that, the optimists have a radical plan: carbon capture and storage (CCS). This technology involves separating the carbon dioxide (CO2) from syngas produced by the gasifier or, alternately, even extracting it from the flue gas emitted from burning coal. The CO2 thus sequestered would be transported through pipelines and stored underground. For eternity. This is a controversial idea. Who is responsible for monitoring the storage? Leakages will be catastrophic, as they have been in the past incidents of explosion of naturally-occurring underground CO2. The capital cost of this complex engineering will be huge. Moreover, the carbon storage may consume 25 per cent additional coal, thereby, increasing the pollution impact of mining and transport.

All these strands are coming together in a new 582 MW plant being built by the Southern Company, USA, in Kemper county, Mississippi at a total cost, including that of mines and pipeline, of $5.2 billion. The critics, who are many, assert that the plant will not be able to deliver what it is supposed to; in 2011, naturally-occurring CO2 in a mine, where Kemper’s gas is to be pumped, exploded, spewing CO2 for days, reviving fears about safety and efficacy of this technology.

With little consensus on potential risks of leakage, the obvious question is why this enthusiasm about CCS in certain quarters. Sierra Club, a US environmental organisation, estimates the capital cost of generation for the Kemper project would be an astronomical $6,800 per KW. A mature CCS technology would cost less but how much less is debatable. It appears the CCS technology is a red herring to keep dirty-coal around. Thankfully, despite prodding from the US government and several other influential backers, not many private players are stepping forward to invest in the CCS technology. We think the search for clean-coal cannot end soon enough. The future of energy is in renewables.