GATTing drugs, not getting them 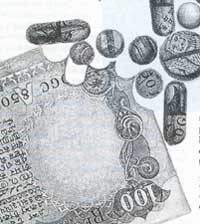 THE "liberalised" drug policy announced in September last year by the government came as a blow to the already overburdened consumers. A new Drug Price Control Order (DPCO), issued on January 7, has removed 96 bulk drugs from the ambit of price control. Now that the increase in the prices of most of the vital drugs is almost certain, one wonders whether decontrolling is the only purpose of this so called "price control" order. The life saving drugs, antibiotics, vitamins and even those which come under the purview of the National Health Programme (NHP) meant for the eradication of common diseases will be affected.

While the DPCO was still awaiting clearance in the government, the prices of almost all the available brands of chlorophenicol and cetrimide doubled last year, even before they were decontrolled, which shows that the industry already knew about it.

Modern medicines are almost out of the reach for about 1/3rd of our population. A substantial proportion of the remaining population depend largely on traditional medicines and any further price increase is bound to adversely affect the minimal medicare available in the country.

The advertising and marketing costs and the profit margin of drugs are disproportionately high due to the fact that our policy allows drugs to be sold by their brand names rather than by their generic names.

The DPCO was originally introduced under the Essential Commodities Act, 1970, for the comprehensive control of prices and to ensure the availability of the essential drugs. The revised DPCO (1979) covered 347 drugs and grouped them into 3 categories based on their importance, availability, turnover and market competition. The current DPCO (1995), has brought down the list of drugs covered under price control to 76, and put them together in a single category with a profit margin of 100 percent.

Thus, the DPCO has not only systematically decontrolled drug prices over the years, it has also allowed increased profit margins even for the price-controlled drugs. Officials held that increased availability and market competition would take care of the prices of the decontrolled drugs. In reality, however, this has not taken place. In fact, since the DPCO regulated only the prices of bulk drugs, which are sold by 1 company to the other and not on the final brands, where the real profit margins exist, the retail prices of various medicines increased disproportionately.Therefore, while the various DPCO's have not achieved their objective, they have certainly helped the drug industry in minting money.

The multinational sector (MNC) which has been howling against discrimination and threatening disinvestment if things did not improve, has got the lion's share of the new drug-pricing benefits. They will now be allowed up to 51 per cent equity, full freedom from import and marketing restrictions, product patents under the General Agreement for Trade and Tariff Act (GATT) and treatment at par with the Indian firms. It is not certain, however, how the organised sector of the Indian drug industry, which has seen tremendous growth in the phase of liberalisation, is going to withstand the pressures of the GATT in the near future.

The long suffering public sector drug industries have not received any benefits at all. The small scale sector, with 8000 licensed units that account for nearly 70 percent of the total drug production in the country, also stands on the edge of survival. The decision to bring them under the price control regime for the 1st time will deprive them the benefits of a level playing ground.

But the worst is yet to come. The "GATTified" world of tomorrow will leave very little or no scope for the survival and development of the indigenous drug industry, adversely affecting the production as well as the prices of vital drugs. The government of India has not even made an attempt to defend our national interests during the GATT negotiations.

Even the proposed National Drugs Authority cannot do miracles, unless it has the consumers' interests in mind and is provided with enough freedom to take strong decisions and has the power to implement them. Unless something drastic is done, this may well be the obituary to the celebrated slogan of the last decade: "Health for all by AD 2000".

---N Raghuraj is a Research Associate at the Centre for Scientific and Industrial Research & Y Madhavi is a scientist at NISTADS.