Gene patent verdict is as good as it gets 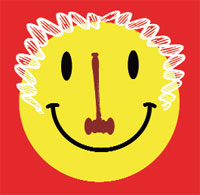 There are “good Taliban” and “bad Taliban”, according to the current US administration. It’s willing to do business with the “good Taliban” because that is the only way Washington can deal with complexities of Afghanistan’s realpolitik. How it defines the good and separates them from their bad ideological brethren is a tough one to crack but the US might have a strategic explanation for this. Likewise, there are good gene patents and bad gene patents, according to the US Supreme Court, based on some curious logic.

In its much-awaited decision in the Myriad Genetics case, the court held that a naturally occurring DNA segment is a product of nature and cannot be eligible for patenting merely because it has been isolated. However, cDNA, which does not have the noncoding regions found in genomic DNA, is patent-eligible. Their lordships’ explanation: cDNA is synthesised and, therefore, patentable because it is an invention and not a naturally occurring product. In short, patenting full sequences of the DNA is out, but patenting the abridged bits is kosher.

The lawsuit filed against Myriad by the Public Patent Foundation and the American Civil Liberties relates to the company’s patents on BRCA1 and BRCA2 genes-naturally occurring genes which, when mutated, can significantly increase the risk of breast and ovarian cancer. Myriad’s principal contribution, says the Supreme Court, was uncovering the precise location and genetic sequence of the BRCA1 and BRCA2 genes. “Myriad did not create or alter either the genetic information encoded in the BRCA1 and BRCA2 genes or the genetic structure of the DNA. It found an important and useful gene, but groundbreaking, innovative, or even brilliant discovery does not by itself satisfy the (Section) 101 inquiry.”

It is difficult to understand how the work of the lab technician who detached the genes from the rest is different from the work of the technician who eliminates part of the DNA to create the cDNA since the sequence of chemicals of both the DNA and the cDNA are determined by nature. Although the petitioners contended that cDNA is not patent eligible because “the nucleotide sequence of cDNA is dictated by nature, not by the lab technician”, the court disagreed. “That may be so,” conceded the Supreme Court judges. “But the lab technician unquestionably creates something new when cDNA is made. cDNA retains the naturally occurring exons of DNA, but it is distinct from the DNA from which it was derived. As a result, cDNA is not a ‘product of nature’ and is patent-eligible under Section 101, except insofar as very short series of DNA may have no intervening introns to remove when creating cDNA. In that situation, a short strand of cDNA may be indistinguishable from natural DNA.”

In other words, the judges were saying that not all of cDNA is patentable either. Given the overdose of scientific hair-splitting involved in the judgement, there is a refreshing confession from one of the judges. Antonin Scalia declared that he could not personally stand behind the “fine details of molecular technology” cited by his colleagues because “I am unable to affirm those details on my own knowledge or even my own belief!”

There have been regular twists and turns in the litigation over Myriad’s patents. Earlier, the US Court of Appeals for the Federal Circuit had held exactly the opposite view by decla ring that isolated DNA could be patented. This in turn was a reversal of the district court’s verdict which had stated: “DNA’s existence in an ‘isolated’ form alters neither this fundamental quality of DNA as it exists in the body nor the information it encodes. Therefore, the patents at issue directed to ‘isolated DNA’ containing sequences found in nature are unsustainable as a matter of law and are deemed unpatentable under 35 USC 101.” In other words, one court’s view on gene patenting is diametrically opposed to another’s. As for the US Patent Office, it has been generously doling out patents, about 40,000 of them which cover close to 25 per cent of our genes.

Adding to the confusion for the rest of the world is the fact that both Myriad and the Association for Molecular Pathology (AMP) that had filed the lawsuit are claiming the Supreme Court verdict is a victory for them. While the company’s share values shot up 10 per cent in the aftermath of the June 13 verdict, AMP looked forward “to future advancements in clinical diagnostics and therapeutics”. Analysts say the explanation lies in the rationale offered by Judge Clarence Thomas for the court’s decision. “As we have recognized before, patent protection strikes a delicate balance between creating ‘incentives that lead to creation, invention, and discovery’ and ‘impede the flow of information that might permit, indeed spur, invention.” That’s the realpolitik of biotechnology.