Trust deficit between rich and poor nations, a legacy of failed climate negotiations, has led to paralysis of ambition

The distance between Flamengo Park and Rio Centro is as huge as the difference in thinking and expectations between civil society groups and governments.

Flamengo Park is where the Peoples’ Summit is being held and Rio Centro is where the official negotiations on the United Nations Conference on Sustainable Development is taking place. At the Peoples’ Summit, thousands of activists, community groups and NGO representatives are discussing, debating and demanding a new future for the world: an environmentally sustainable future without poverty, discrimination and deprivation. At Rio Centro, however, governments have already finalised the final conference text, titled 'The future we want’, which reads more like a high school lesson in sustainable development than an action plan for a new sustainable development paradigm. Unlike the 1992 Rio conference, no new convention is being signed or new paradigm articulated. 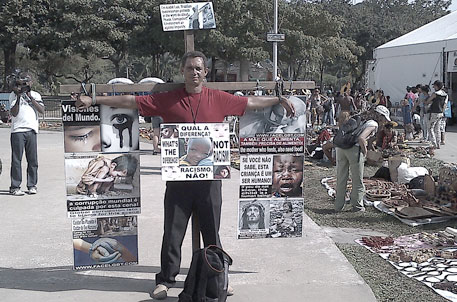 The final text is a big disappointment. It is so minimalistic that it was finalised two days before the starting of the high-level session, in which the head of the states speak, negotiate and give finishing touches to the document. Every issue has either been postponed to some future date, or converted into ifs and buts or has been rendered completely meaningless by allowing each country to do whatever it wants. The document reflects a complete lack of ambition to tackle multiple crises and challenges—economic, social and environmental—the world is facing today.

There is absolutely no recognition in the text that Earth has finite carrying capacity; that humanity is already consuming resources and polluting the environment beyond the carrying capacity of Earth. At many places, the text reads more like a growth manifesto rather than a charter for sustainable development.

The conference was also to propose sustainable development goals (SDGs) to move the world towards a sustainable future. What it has, instead, are empty words and postponement of the development of such goals till 2015. The conservation and sustainable use of the oceans and seas was another big ticket item that the conference failed to address adequately.

So, why have the governments agreed to do so little?

I believe that the lack of trust between the developed and developing countries, created largely because of the failed climate change negotiations, has made the governments so defensive that there is a complete paralysis of ambition. The ghost of Copenhagen, Cancun and Durban has finally arrived to haunt Rio+20.