Global lungs or firewood for the poor?

Indiscriminate felling of trees to meet human and animal needs is not only depleting India's forest wealth at an alarming rate, but also increasing global warming. But as India's share of global carbon dioxide emissions is minuscule, are not the interests of the people more important than the "carbon sink" function of forests? Two points of view on forest management.

By A N Chaturvedi 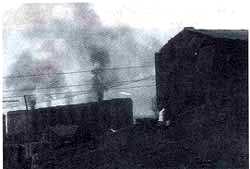 THOUGH the State of Forest Report 1991 says India's forest cover increased from 6,40,134 sq km in 1989 to 6,40,694 sq km in 1991, the feat the report describes is impossible: Forest products are primarily used for human and livestock consumption, and as human and livestock population increased by about 4 per cent during that period, the possibility of an increase in forest cover does not exist. Besides, surveys conducted by independent organisations report the social forestry projects that were meant to increase the forest cover outside reserved forests have also failed.

Forests act as carbon sinks. They absorb carbon dioxide from the atmosphere, retain carbon as wood and release oxygen. However, when wood is burnt, the process is reversed, and carbon dioxide is released.

Mature forests are thus storehouses of carbon. After a certain point of time in a tree's growth, its rate of growth is balanced by the decay of its old wood. In this condition, the forests reach a stage when they neither work as sinks nor as sources of carbon. However, no Indian forest is in this stage. Forests in temperate countries are growing faster than the forests in India's tropical climate. Natural sal and teak forests, if properly managed, yield about 7 m3/ha of wood a year.

Unfortunately, most forests in India are not managed scientifically. The management of forests in a manner that ensures a high rate of productivity has been sacrificed by the local population. This has resulted in reduced rates of growth and, in most cases, the destruction of forest capital.

Government and several non-governmental organisations keep emphasising that the primary use of forests should be to support local livestock, either through grazing or lopping. During grazing, the recycling of nutrients is hindered and the ground becomes bare. Wood production, therefore, declines and such forests do not contribute to the assimilation of carbon dioxide. Where leaves are lopped for fodder, the part of the tree that carries out photosynthesis -- and thus the assimilation of carbon dioxide -- is destroyed. The trees are deprived of their capacity to absorb carbon dioxide and produce wood.

As the carrying capacity of India's forests and grazing lands is only about 50 million heads of cattle, reducing the livestock population in the country is the only viable method of ensuring India's ecological stability