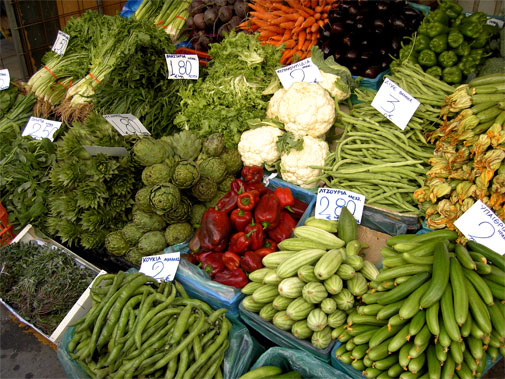 India is the world's third-largest carbon polluter, behind China and the United States. It accounts for about 6 per cent of the world's carbon emissions. If India—along with the US and China—doesn't take steps to combat climate change, we will continue to suffer the consequences: a warming climate, changing rainfall patterns, droughts, melting glaciers, rising sea levels and more. Study after study has shown that there's a strong correlation between climate change and the production of animal-based foods. A 2010 report from the United Nations Environment Programme's International Panel for Sustainable Resource Management stated that a global shift towards a vegan diet is vital to protecting the world from the worst impacts of climate change.

But so far, regulators have failed to recognise adequately the contribution of meat and dairy production to climate change. On the contrary, India sold 16.74 per cent more meat and meat products between April and November 2014 than it did during the same period the previous year. India is the world's largest milk producer and is among the world's largest beef exporters. The US is the second-largest meat producer in the world, after China.

A widely publicised report published by the Worldwatch Institute indicates that 51 per cent of worldwide greenhouse-gas emissions can be attributed to animal agriculture, specifically to cattle, buffalo, sheep, goats, camels and pigs which are raised and killed for food.

It's clear that animal agriculture's contribution to climate change is highly significant and that ignoring it would be catastrophic.

Ilmi Granoff of the Overseas Development Institute in the United Kingdom believes that the "fastest way" to combat climate change is by dramatically reducing the amount of meat that people eat.

According to an Oxford University study, people who eat meat are responsible for almost twice as many dietary greenhouse-gas emissions per day as vegetarians and about 2.5 times as many emissions as vegans (vegetarians who also refrain from consuming eggs, dairy products and other animal-derived items). The study shows that people who eat more than 0.1 kg of meat per day—about the size of a deck of playing cards—generate 7.2 kg of carbon dioxide equivalent (CO2e) each day, while vegetarians and vegans generate 3.8 kg and 2.9 kg of CO2e, respectively. That means, according to this study, the dietary emissions for meat-eaters are 50 to 54 per cent higher than they are for vegetarians and 99 to 102 per cent higher than for vegans.

This also means that everyone can help halt climate change just by eating great-tasting plant-based foods. In fact, a study published in New Scientist magazine shows that each person can reduce the amount of greenhouse gases that his or her diet contributes to climate change by up to 60 per cent—just by going vegan.

Eating vegan also helps stop animal suffering and improves and protects our own health. PETA call on world leaders to make sure that meat and dairy products are included in any plans they make for tackling greenhouse-gas emissions, but we're also calling on individuals to share in the responsibility for a healthier planet by eating vegan.