What do efficient fishing gears mean to traditional fisherfolk?

Prabhanand Dabholkar’s daily routine involves weighing the fish being lifted from his boat. His immediate concern is quickly sorting the fish into piles that will end up at different places and be sold to different people for distinct uses. “I make a good living from this,” he says while swatting away flies. “Will you come and see my new house? It is not far from here.”

As Dabholkar plies us with a nutritious breakfast of upma, he tells us more about his rise in fortune. “Much of what I have now is thanks to the use of a new range of fishing technology, including SONAR fish finders and GPS. My father was a fisher too, but we only used a wooden rowing boat then. We also had to depend on knowledgeable people to predict where the fish would be. Adept fish finders were like a bumper catch,” he says, “few and far between.”

Dabholkar uses the technologies to catch anovel suite of marine species. No longer are kingfish, mackerels and pomfrets his staple, although they form the bulk of his catch. Species like ribbonfish grab most of his attention now. 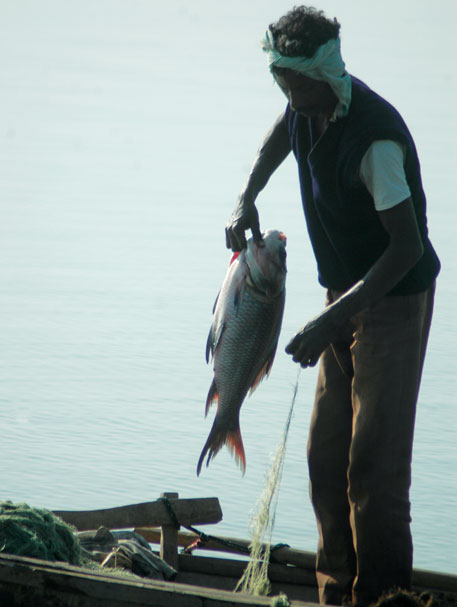 The catch from his fishing boats goes to Dapoli town in Maharashtra’s Ratnagiri district. They also travel to Mumbai and southward to feed sunkissed tourists in Goa. Significantly, a large part of what he catches ends up in Fujian Province in China, selling for Rs100 to Rs 250 per kilogram. When asked if there is a difference between feeding consumers in Dapoli, near his village, and those in China, Dabholkar replies that it is simply a matter of getting better price: sending fish to China means sending his children to better schools. “I do not want my children to fish,” he says. “The life of a fisherfolk is too hard, too variable and too risky.” This is an oft-repeated sentiment among the fishers who have made it big, be it in Maharashtra or Tamil Nadu.

I wonder if people like Dabholkar ever feel any cultural legacy for an occupation that has sustained them for generations. ´╗┐Or, could it be that fishing was just a job to them? 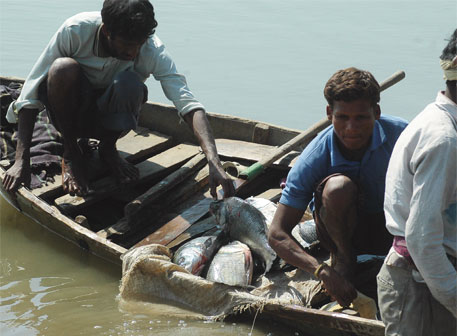 A conversation with Paul, a worker on a trawl boat in Kerala, begins to clarify the issue. “I used to be the person standing at the helm of the kattumaram (traditional catamaran), telling people where to go, where they could find the fish,” he says. “Now I work on a trawl boat like anyone else.” Paul’s nephew and cousin vouch for his expertise and say they still come to him sometimes for advice on where to steer the boat. But Paul brushes their praise aside, saying, “They have the new-fangled devices these days. What is the use of all my hard-earned knowledge?”

Paul’s disillusionment in the whole enterprise of fishing seems to stem not from his earnings, which have risen, but from a lack of respect for his knowledge in fishery. There is a growing disconnect between fisherfolk and what they catch. Knowing the breeding cycles, movement patterns and other biological rhythms of different species of fish are no longer essential for making big catches. While such knowledge might still be important, what is more important today is the capacity of the net, its ability to withstand force as it is dragged through the water to catch whatever comes in its path, and the boatman’s ability to read SONAR map. A fisher’s identity no longer lies in the skills developed over a lifetime. Paul chose a lack of respect over an entirely new profession. “What respect could I earn in a new line of work with no experience at my age, anyway?” he asks.

Far from romantic ideals about traditional livelihoods and identities, fisherfolk today are infused with a strong sense of practicality. “The way we fish these days, lets painters and politicians call themselves fishermen,” complains Arumugam, a fisherman from Tamil Nadu. “The whole profession is changing, right from the way we fish to people involved in the profession. How can we possibly conceive of a future in this line of work, if we do not know whether we can keep up?” Both the people benefitting from fishing and those making losses feel the same way and are looking for alternative career paths for their children. This perhaps indicates that the economic “trickle- down” of alternative occupations is actually happening in rural India. Perhaps the fisherfolk were simply locked into their professions for lack of anything better to do.

But this seemingly simplistic explanation also has something to say about interference in fishery by policymakers, sitting in a room faraway, never having gotten their fingers wet. How well do agricultural economists really know the system that they are trying to streamline?

An alternative explanation is that the occupation is just becoming too mechanical—and as a consequence, easy. There is an increase in fishing boats which means newcomers—who do not require traditional skills— can now make a living from fishing. But this also means competition for traditional fisherfolk who are reporting declining catches. The trend of moving away from fishing as a livelihood option coincides with advances in fishing technologies, and might have come at a good time. Global concerns about overexploitation of fish are echoing among fishing communities in India. Joel Salatin, a famous organic and eco-friendly farmer in the US, said, “We are wasting too much time working out how to do things (more economically efficiently). Nobody is stepping back to ask why (are we doing these things)?” The answer may be obvious to the economists in the room but economic efficiency always comes at a price that is ignored.

Is the new blood in the fishing industry equipped to develop a sense of responsibility and ownership of the fishery and its fish? Only time will tell.

Divya Karnad is a conservation scientist