The TSR Subramanian committee made no effort to safeguard environment security. It’s pro-industry bias was never in question

The TSR Subramanian committee made no effort to safeguard environment security. It’s pro-industry bias was never in question 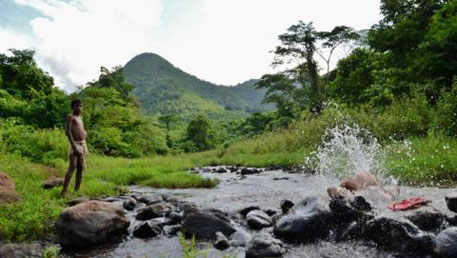 The Union Ministry of Environment and Forests (MoEF) has been a popular fall guy for the nation’s economic woes. Long delays in grant of environmental clearance to developmental projects have been frequently cited as one of the key reasons upsetting the national economic growth targets. While the records do not support the said ‘popular’ belief, the above mentioned impression has unfortunately only got reinforced with time.

It is no one’s case that the environmental governance in the country is all hunky dory and that it does not require a serious review and a stream lining of the concerned laws, rules and regulations and a tightening of their implementation machinery. So, when the new government set up a high level committee (HLC) in August 2014 under the chairmanship of TSR Subramanian, a former Cabinet Secretary of India and a person known for his fair and level thinking to review key environmental laws in the country, expectations were raised, although a short time frame of just 2 months given to it to review six laws was thought to be unrealistic and unreasonable for the task at hand. It was also feared that a HLC with two retired bureaucrats and two judicial experts might not be representative enough for the task at hand.

No wonder then that what we have as a result from the HLC is an unacceptable report that fails to do justice to either the cause or to meet its terms of reference. And the reason for it seems to be not just the short time frame with the HLC and its unrepresentative membership but perhaps also the manner in which the HLC went about its task.

HLC claims to have held consultations with NGOs/Civil Society/Think Tanks/Industry Associations/Academia/Public Institutes/MoEF&CC/Department of E&F, other relevant Ministries at central level and departments at the state level etc. Visits were reportedly made to Bhubaneswar, Patna, Bangalore, Mangalore, Hyderabad, Ahmedabad and Chennai. But a surprising lack of any details about these meetings, or their minutes, if any appended to the report leaves one wondering as to the level of seriousness, transparency and any representativeness with which the so called consultations were carried out.

It is also claimed that the HLC carried out a desk review of land mark Judgments of Courts on Environmental Laws of the advanced countries and other committee reports. But whether it made any effort to fulfill its TOR number (ii) i.e., “To examine and take into account various court orders and judicial pronouncements relating to these Acts” is neither known, nor reflected in the report. Because if it had, then it would have readily come to understand that the problem lies not in delays but an unseemly haste with which large scale environmental clearances (ECs) have been made in the past, often based on poor and sometimes plagiarized EIAs and hijacked public hearings, resulting in a rather miniscule number of those ECs getting challenged and the MoEF frequently hauled up in the various courts.

What strikes one the most is the fact that despite its obvious limitations, while the HLC has succeeded in correctly diagnosing in chapter 1 (Preamble), the key lacunas and ills facing the environmental governance in the country, it has in succeeding chapters completely failed to address the ills it itself has listed. To our understanding the reason for it presumably is a misplaced ‘brief’ with the HLC that what needed fixing was the ‘perceived’ slow pace of environmental (including forest) clearances and again a ‘perceived’ over reach by judicial forums like the National Green Tribunal.

For at the end of the day, the HLC is seen to have tried to address little else other than the above two so called road blocks in the economic growth story of the nation.  The HLC has made its bias amply clear when it states that its recommendations are going to make “doing business in India, easier”. Clearly protection of the nation’s environmental security that it identified as a key task in chapter 1, did not remain its priority as it went about penning its later chapters or its final recommendations, unless we equate banning polythene bags in wildlife protected areas; legal ban on noise pollution; authorize officers of the wildlife crime bureau to file complaints in courts; improved handling of the municipal solid waste etc with ensuring India’s environmental security? It has been rightly observed by some that the nation did not require such a HLC to highlight these mundane recommendations. Any well meaning executive would have sensed and done it.
Of greater concern is that how can now a report from a committee that has failed to address adequately even one of its four TORs be considered to be acceptable?

On the other hand the HLC in a rather cavalier manner has gone about almost redefining its own TOR, and addressing and recommending changes in acts like the Forest Rights Act, 2006 and the National Green Tribunal Act, 2010, none of which were part of the six Acts that it was mandated to review.

Unfortunately the HLC in its report has laid bare not just its misplaced biases, but also its lack of knowledge or understanding of the provisions of the Constitution or the laws that it was trying to review and improve. Let us take few examples.

There is no mention of ‘water’ as a State list entry in Table 1 in the report that lists subjects related to environment in the 7th Schedule of the Constitution?
It was factually incorrect for the report to state on page 16 that the 1988 Forest Policy required a management plan for the “environment” with enforcement regulations. What found mention in para 4.3.2 (of the Policy) was that “no forest shall be worked without an approved management plan”.

It was factually incorrect for the report to mention (3.3.5 on page 17 and 18) that “the network of protected areas is classified as wildlife sanctuary, national parks, biosphere reserve and corridors.”   The fact is that section 24-A of the WPA 1972 (as amended in 2002) defines “Protected Area” as a national park, a sanctuary, a conservation reserve or a community reserve notified under sections 18, 35, 36-A and 36-C of the Act. Nowhere are “biosphere reserve” and “corridors” listed as protected areas.

So, while the report is replete with factual inaccuracies it has not shied away from contradicting itself in that while on one hand it observes that “Our businessmen and entrepreneurs are not all imbued in the principles of rectitude – most are not reluctant, indeed actively seek short-cuts, and are happy to collaboratively pay the ‘price’ to get their projects going” and then goes on to suggest the induction of the concept of ‘utmost goodfaith’ in them (derived from the insurance industry) recommending grant of clearances to them based on their statements, which if proved wrong could involve spot fines or a threat of cancellation of clearance. How and why this practice if implemented could play havoc with the nation’s environmental security (a tree once fraudulently felled cannot be restored back to life no matter how much the fine?) and not lead to the need of a greater inspector raj and rent seeking (after all who is going to find out the fraud or levy a fine?) is anybody’s guess?

Surprisingly with hardly the said mandate with it, the HLC has gone about recommending the creation of a new All India Service, viz., an Indian Environment Service. Now if at all necessary then why the mandate of the existing Indian Forest Service could not be enlarged with appropriate changes in its recruitment and training rules and needs has not been explained despite the fact that many of the pollution control boards in various states of the union are already being manned by the members of the said Service?

Finally a report with a welcome promise has awfully failed to deliver, presumably on account of the agenda that seemed to be driving it. It thus deserves rejection with a proviso that the incomplete task of a proper review of environmental governance in the country must be carried out by a well constituted and truly representative HLC with a clear cut mandate, adequate time frame and an open mind (no prior briefs or biases)….AMEN.