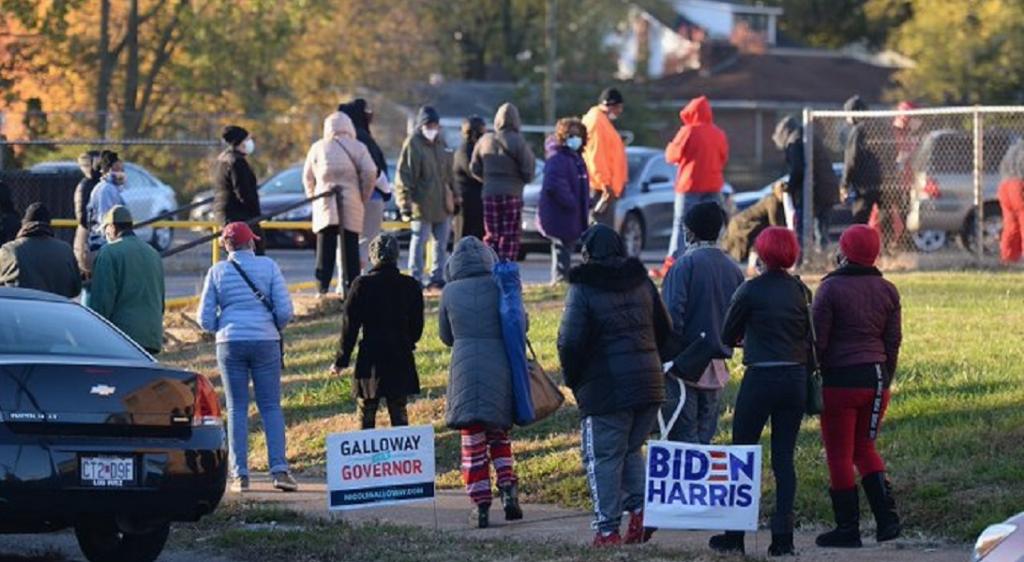 Telling kids on Christmas Eve that they have to be patient to find out what gifts they might receive doesn’t make them happy. The same idea didn’t make many adults happy on election night 2020, either. For 100 years, media of many kinds tried to be the first with the most results.

That changed in 2020. A raging pandemic, a polarised country, a close race, past polling failures, presidential claims of voter fraud and more made everyone anxious. Media figures who knew they’d have to call the election felt more anxious than most. So they used metaphor to shape public expectations about their election night reporting.

A metaphor is a linguistic device that sees something in terms of something else, usually to highlight an important idea. If we see a football team as the Bears or Lions, we know they’re not literally animals but they are ferocious. As a scholar of presidential rhetoric and political campaign speeches, I’m used to metaphors, as are most people. We often don’t even see them.

For instance, I’ve been using the same metaphor here as the media used in the days before the election: sight. People often equate seeing with knowing. We know a metaphor asks us to “see” this in terms of that, like a villain with a midnight-black soul. Metaphors work to shape our perceptions of the events, ideas or people they describe.

On election night, much of the nation’s media leadership worried that Americans would not see clear results. They used two sight metaphors to describe the problem and its solution.

The first metaphor was “mirage.” A mirage is an optical illusion, something that looks real but is not. Old adventure movies would show a mirage of water in a desert. Lost explorers with empty canteens run excitedly toward a sparkling oasis, only to find nothing but sand.

After four years of political chaos, many Americans were just as excited about Election Day. Outlets of all sorts worried about what would happen if people found only sand — and so the media tried to warn us. Different states, they wrote, particularly battleground states, counted votes differently.

Since Democrats embraced early and mail voting, while Republicans preferred voting on Election Day, a “red” or “blue” mirage could result. Vox.com set audience expectations by telling readers that some states, like Florida and Arizona, counted mail ballots as they arrived. In such states, the early “results might look overwhelmingly favourable to Joe Biden and other Democratic candidates.”

The opposite, the news service Reuters said, might happen in Pennsylvania because that state allowed mail ballots to be opened only after polls closed. Results from Election Day would dominate early there.

But a mirage isn’t random. People tend to see what they long to see. Those lost explorers wanted and needed water, much as the two sides in this election yearned for victory.

And mirages are partly self-deception. Partisans wanted that beautiful picture of triumph, the blue or red sea cascading across those huge, wonderful screens. These feelings explain why the mirage metaphor worked so well for the media: It signaled that campaigns and the public partisans might be seeing what they hoped for, not what was actually there.

But the media were different. They would not deceive themselves and people should trust them. Why?

The media set their goal to be “transparent” or “clear,” the second of the two metaphors. A transparent material allows light to shine through it and in public debate, has come to mean an organisation that is open to scrutiny.

Given the suspicions that the president and his followers, in particular, have about “fake news” and the “lame stream media,” news organisations were determined to be clear, to let the light shine in.

George Stephanopoulos, host of the ABC News election coverage, told The New York Times, “We have to be incredibly transparent all through the night with what we know and what we don’t know.”

Axios reported newsrooms wanted “more transparency.” The Associated Press, perhaps the most authoritative source for calling races, urged everyone to “Show Your Work,” and said it would be “pulling back the curtain” on its calls. “Television executives,” the AP continued, were “making similar promises of transparency.”

By using these metaphors, newsrooms hoped to shape expectations of what the public would “see” on election night. They should beware of “mirages,” of their tendency to see what they wanted to see as evening staggered into morning. But the media would always be rational, “transparent” and “clear.”

Yet the transparency metaphor is incomplete. People could see … what? The Washington Post claimed to have a “wealth of data,” and “all the entrails in front of us; we just need an augur who can translate them.”

Perhaps it would be better for democracy not to rely on entrails or even statistical models. Perhaps news organisations and the public could wait for those charged with the counting to do the counting. Christmas Eve always arrives. So do election results.