2021 Cabinet reshuffle: In ministers sacked, there is a message

Amid an ongoing pandemic, a raging conflict over rights activists being targeted by the government and a collapse of the labour market, the exit of ministers in charge amounts to a mea culpa 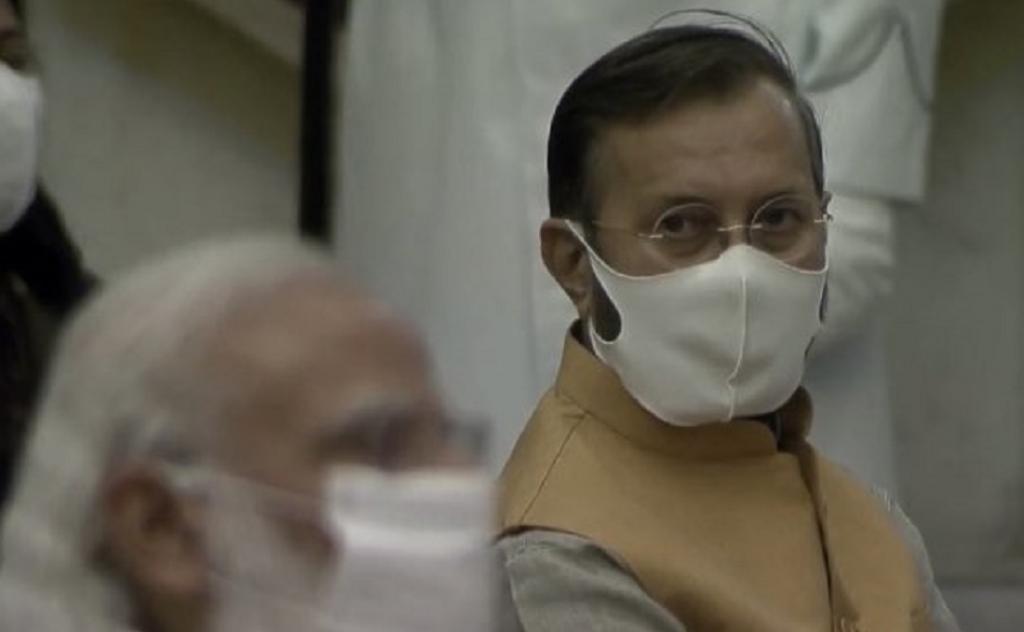 “Oops! That page can’t be found”. This is how the website of the Union Ministry of Environment, Forest and Climate Change (MoEF&CC) reacted to a click on the ‘Ministers’ section. This was at 6.36 pm on July 7, 2021. By this time, the new ministers had not even finished taking oath in Prime Minister Narendra Modi’s largest-ever reshuffle of the Council of Ministers in his seven-year rule.

“It looks like nothing was found at this location. Maybe try a search?” The MoEF&CC website further alerted.

Just before the oath taking, both, the Union cabinet minister of the MoEF&CC, Prakash Javadekar and his minister of state, Babul Supriyo resigned, or were sacked from the Council of Ministers.

It is “for the first time” that environment ministers in charge have been shunted out. The ministry website, driven by artificial intelligence, is thus alerted to “page not found”.

But, the ministers who have been asked to go have a message. If performance is a criterion for being in the Council of Ministers, these ministers have not performed. This is plain logic.

Let’s look at the key ministers who have resigned and their ministries. Five of the 13 ministers told to go, represent ministries that are crucial in the current situation of the novel coronavirus disease (COVID-19) pandemic: The nodal health ministry and the labour and employment ministry to tackle the livelihood crisis caused by the pandemic.

In this list, the resignation of health minister Harsh Vardhan stands out. Like in case of MoEF&CC, the health ministry also saw its deputy minister Ashwani Choubey being asked to go, making it the second ministry to be swept clean in the reshuffle.

The health ministry, arguably, is the most critical one while the country is enduring the COVID-19 pandemic.

The government has been under intense scrutiny for its utter failure in managing the second wave of the pandemic. Even though the health minister was not visible, barring in a few press conferences, the sacking has a message: Prime Minister Modi wanted to fix the responsibility on the minister by diverting it from himself, who effectively manages the pandemic directly.

But why were the environment ministers asked to go? The environment ministry under Javadekar didn’t turn out to be a thorn for many ministries’ projects. Rather, under him, most of the environmental regulations have been diluted, making the ministry’s job solely of “making business easy”. Babul Supriyo, a singer as well, is hardly recognised as a minister in charge of environment.

Across India, civil society groups, local communities and even legislatures have been vehemently protesting against the dilution of regulations, particularly the easy takeovers of land and forests without taking care of the local communities’ concerns. These are small local protests — one can count 70 such movements across the country — but revolve around people’s land and resources of dependence.

But for a government that is committed to facilitating investments by diluting environmental regulations, Javadekar’s performance has been more than conforming. His exit needs to be further explored.

The next big sack is that of Santosh Kumar Gangwar, the Union minister in charge of labour and employment. Last year, when the national lockdown was imposed triggering the biggest-ever out migration of informal workers, his ministry was supposed to be in charge of managing that and also to ensure that their livelihoods were protected. He didn’t feature in any of the big declarations made on COVID-19 relief. It was rather the finance ministry that allocated the required resources to handle the crisis.

But, the migrant worker crisis did raise stinks over the Modi government’s handling of the situation. On June 29, the Supreme Court, while directing free ration for migrant workers, came down heavily on the Union government.

So, this is the second sack that relates to the government’s mishandling or failure in a situation like the pandemic. For which PM Modi has been facing flak.

As one sums up, the government has accepted its failures in sacking the ministers.