A non-verbal communication expert watched Trump-Biden debate with no sound. Here’s what he saw

Even when directly dealing with attacks from Trump, Biden often smiled; Trump presented a much less aggressive and more thoughtful face 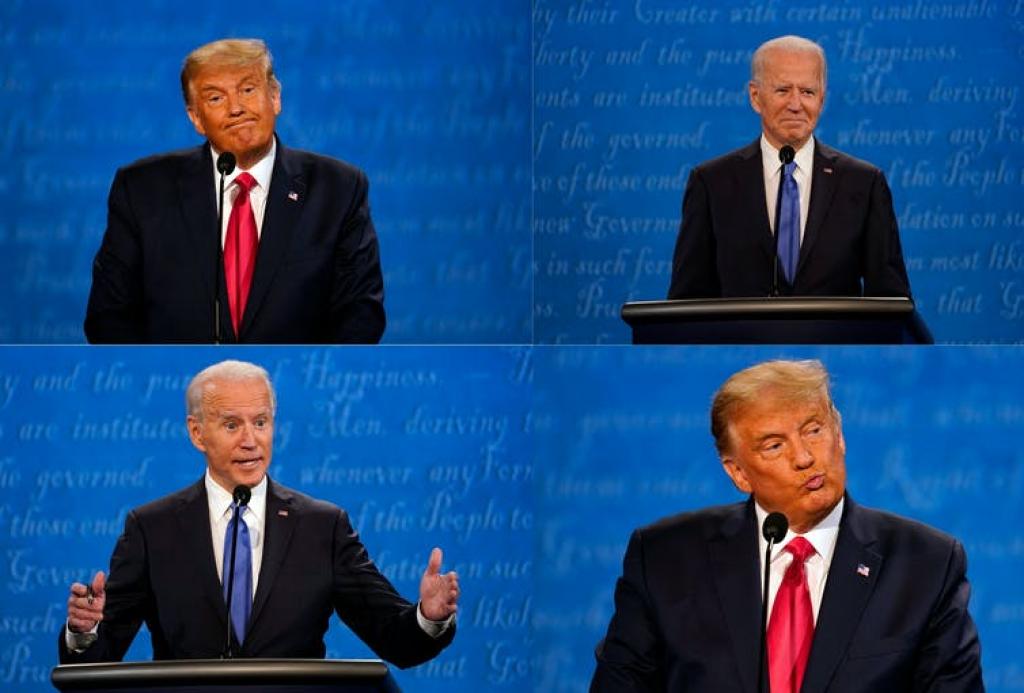 President Donald Trump and former Vice President Joe Biden met on October 22 for the final debate in the 2020 election and, like the first debate, it was unusual.

The novel coronavirus disease (COVID-19) forced social distancing and largely took the studio audience, with their laughter, cheering and booing out of the equation.

What’s more, with norm-breaking interruptions and stealing of speaking time an inherent part of Donald Trump’s debate strategy, the contentious crosstalk between the two candidates and the moderator made long sections of the candidates’ first debate nearly impossible to hear or follow. The threat of having the microphone cut off effectively muted this aggression.

But is what they say as important as we think?

Although news coverage generally focuses on what the candidates say, as a political psychologist who studies nonverbal behavior, I focus less on the rehearsed answers and more on the space between talking points. These moments, when candidates nonverbally – and largely involuntarily — respond to their opposition can be enormously revealing.

In other words, how people listen and react may speak louder than what they say.

During this debate Joe Biden reacted as the emotionally expressive politician he has been throughout his career.

Even when directly dealing with attacks from Trump, whether aimed at his family or his record, Biden often smiled, laughed and shook his head while closing his eyes. That made him appear bemused, if not jovial.

Research suggests that people in informal discussions often change topics within 30 seconds of laughter occurring. This, in turn may be why people — especially politicians — “laugh off” insults.

Laughter when under attack likely signals that Biden feels positive enough to be playful and that he is subtly taking control of the conversation.

Trump presented a much less aggressive and more thoughtful face to the American public during this second debate, especially when compared to the first one.

Instead of directly attacking Biden when his assertions were questioned, Trump responded with what may best be termed a controlled-posed smile, in which his lower lip is pressed up while his lip corners were pulled up in a smile. This type of smile is often used to mask negative emotions or to signal positive emotions when they are not felt.

Perhaps Trump’s signature facial display is his protruding funneled lips. This lip funneler — as it is referred to by facial display researchers —can often be seen while Trump is listening and preparing to interrupt or respond to Biden.

The research that exists about this behavior in humans suggests it is a primal display often occurring during intense emotional situations and is associated with anger and threats while engaging in dominance-seeking behavior.

Much can be learned about each candidate with the noise turned down and the attention placed squarely on their distinct nonverbal behavior styles.

This is especially the case when focusing on how the candidates respond to their opposition’s assertions and attacks. Public figures can often control how they act. However, they often do not have as much control over how they react in the heat of the moment.