Abiy is the 12th winner from Africa to be awarded the prize. Last year it was won by medical doctor Denis Mukwege from the Democratic Republic of Congo 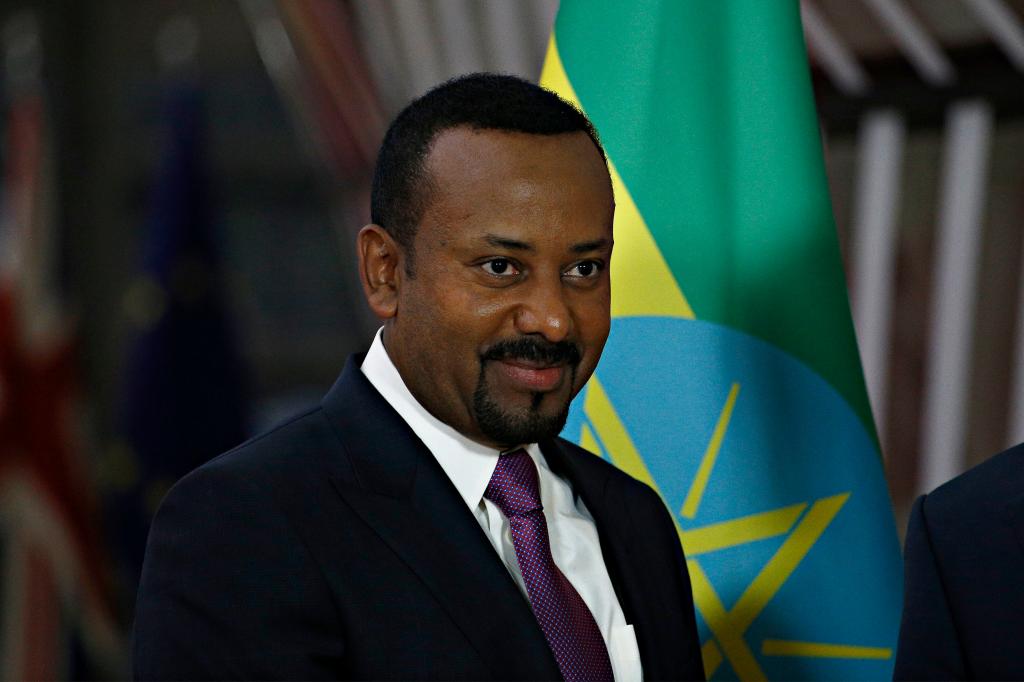 The Nobel Peace Prize is one of the five Nobel Prizes established in 1895 under the instructions of Swedish industrialist Alfred Nobel in his will. The Peace Prize is awarded to the person who, in the preceding year, has:

done the most or the best work for fraternity between nations, for the abolition or reduction of standing armies and for the holding and promotion of peace congresses.

The formal announcement by the Nobel Prize said that Abiy was awarded the prize for:

his important work to promote reconciliation, solidarity and social justice. The prize is also meant to recognise all the stakeholders working for peace and reconciliation in Ethiopia and in the East and Northeast African regions…efforts to achieve peace and international cooperation, and in particular his decisive initiative to resolve the border conflict with neighbouring Eritrea.

But who is Abiy Ahmed? Does he deserve an international accolade? And what of the challenges still facing the country he leads?

Berit Reiss-Andersen, the Chair of the Norwegian Nobel Committee, commented in her announcement speech that:

… many challenges remain unresolved. Ethnic strife continues to escalate, and we have seen troubling examples of this in recent weeks and months.

Barely two years ago Abiy Ahmed was largely an unknown figure. In early 2017 a couple of YouTube clips started to circulate on social media that showed him gathered with veteran leaders at a party meeting. He came onto the scene with a simple, but powerful, message of togetherness.

At the time he was a political leader at regional and cabinet levels. But he didn’t sound like one. He comes across as remarkably authentic and his approach was distinct. At a time of elevated fear that the nation might head into disintegration, his message soared above the popular anxiety of possible conflict.

Unlike Ethiopian politicians of the past four decades his rhetoric mimicked neither Albanian Marxism nor Maoism. He has anchored his story on local cultural and religious sensibilities.

Abiy’s extraordinary rise to power, as well as his ability to steer a more peaceful political course in Ethiopia, is remarkable given the tensions and complexities of the country’s politics.

He has distanced himself, at least in his political outlook, from his party’s maligned old guard. He has had to steer a delicate course to keep various factions of the political coalition that has ruled Ethiopia for almost three decades — the Ethiopian People’s Revolutionary Democratic Front (EPRDF) — on board. The ruling elites from this party have never tolerated dissent. There have been numerous accusations levelled against them of human rights abuses and the imprisonment of journalists who criticised the regime.

Instead of dismantling the existing system, Abiy opted for internal transformation.

Abiy is a member of the Tigrayan People’s Liberation Front, which is part of the Ethiopian People’s Revolutionary Democratic Front, and the group that has tight control over country’s political and economic apparatuses. But it is ailing and losing its legitimacy to rule.

Abiy inherited a nation that was in political disarray. Hundreds of people had died in three years of anti-government protests.

But shortly after taking office from Hailemariam Desalegn in April 2018, Abiy began to move ahead rapidly with political reforms. He released political prisoners, unfairly incarcerated journalists and activists. He opened the door for political dissidents.

His message was that the country needed to win through bold ideas, not through the barrel of a gun.

He also showed his intention to build institutions. One example was the appointment of the well-known political dissident Birtukan Mideksa as the head the electoral board.

He has also championed the role of women, including in politics. He appointed women in the positions of president, chief justice and press secretary. He also brought their share in his cabinet to 50 per cent.

But arguably his biggest achievements have been in international diplomacy. Ethiopia and neighbouring Eritrea share a common culture, language and ways of life. But a decades-long conflict between the two nations has brought immense misery to people who live on the border, and to families split by the fighting.

Abiy brought the conflict with Eritrea to an end. A treaty ended the state of war between Eritrea and Ethiopia and declared a new era of peace, friendship and comprehensive cooperation. A lot remains to be done, though.

Read more: How glow of the historic accord between Ethiopia and Eritrea has faded

He also played a crucial role in regional politics. He was key to bringing leaders of Sudan and South Sudan to the negotiating table and helped mediate between Kenya and Somalia in a maritime territory dispute.

His popularity in the region and further abroad is evident when he’s travelling. He’s often greeted more like a rock star than a head of state. But maintaining the same image at home has been more complicated.

The Nobel Prize is an acknowledgement of Abiy’s achievements over the past two years. But it doesn’t guarantee his future success.

A case in point is Myanmar’s Aung San Suu kyi. After surviving house arrest, and attacks on her life by the ruling junta, she won the Nobel Prize for Peace in 1991. But her fortunes turned after her party won a national election. It now stands accused of carrying out what the United Nations high commissioner for human rights has called “a textbook example of ethnic cleansing” against the Rohingya Muslims.

There are a great many troubling issues still unresolved in Ethiopia and tense times ahead with an election due next year. Abiy also has many enemies. These include agitators who try to use ethnic fault-lines for their own political ends, powerful ethno-nationalist activists who thrive on division and political entrepreneurs who only see politics as a means of personal enrichment. All are relentlessly working to exploit a fragile situation. Securing the safety of the citizens is the bare minimum he needs to do.

In my view he needs to accept the Nobel Peace Prize as acknowledgement of what he’s achieved, as well as a mandate to champion equality, justice and lasting unity in Ethiopia.