Dilip Kumar: The star of substance who always shadowed his society 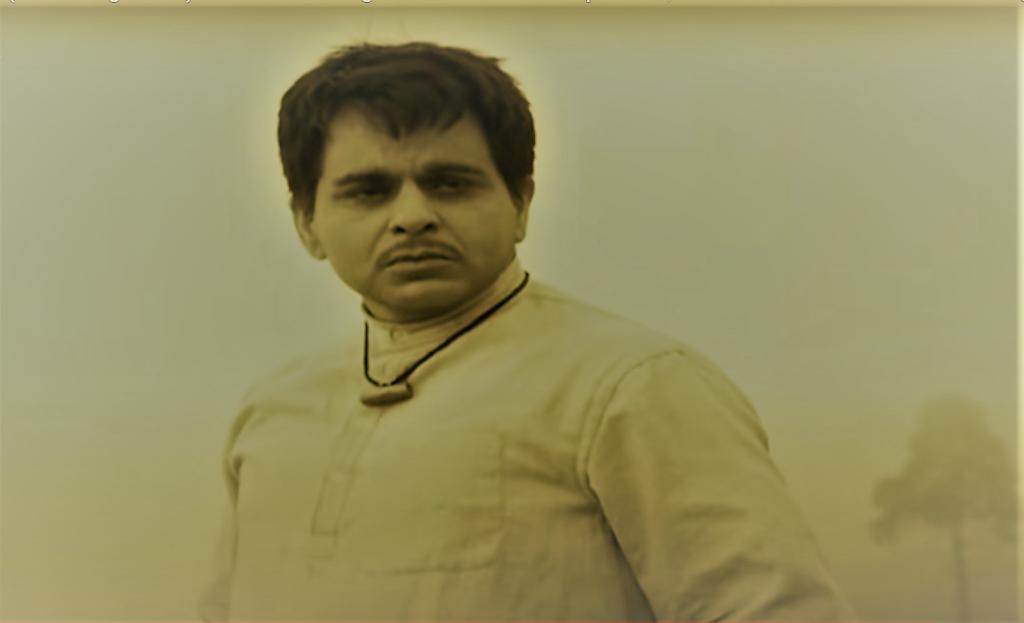 Dilip Kumar died July 7, 2021; he would have been 99 this December. Not many live this long — a century almost. And what a century it has been: The busiest perhaps for a world teeming with billions of people.

For India, it has been a century of self-realising: Striving for and achieving the cherished goal of Independence, marred by self-inflicted tragedies of communal rift; finding our feet on the ground and our place in the world, but failing to put all of us on the same footing; coping with consumerism on steroids in an ever-globalising world even as many play catch up.

In the middle of all this, Dilip Kumar defined the modern artiste and how he can marry the didactic and the aesthetic schools.

Dilip Kumar was born seven years after the release of DW Griffith’s The Birth of a Nation, the silent film that drew sharp criticism for a racist production but displayed the possibilities of cinema. The new medium already had a considerable part of the world curious; now, in no time, it became the new form of entertainment, an exciting art combining visual and auditory cues as well as a powerful tool to share ideas and drive agenda.

When he was in his teens, India was teeming with talkies in various languages showcasing mythology, romance and social drama; the viewers had started to identify ‘stars’. By the time a 20-something Yousuf Khan walked into the studio of Bombay Talkies, many filmmakers were serious about using cinema to push what mattered to them.

Film-going had caught on to a large extent in the newly independent country and many stars had started to twinkle in tinseltown. What made Dilip Kumar stand out were two factors. The first was his investment in understanding and honing the craft of acting.

The term method acting gained currency in Hollywood as a young Marlon Brando crossed over from stage. His collaborations with Elia Kazan became landmarks: A Streetcar Named Desire (1951), Viva Zapata (1952) and On the Waterfront (1954).

Dilip Kumar developed his own distinct ‘method’, with some useful nudge from Ashok Kumar in his salad days on keeping it real: “It’s very simple. You just do what you would do in the situation if you were really in it,” the senior Kumar advised him. It triggered a long journey of honing his craft to instil realism on screen — something not frightfully common in Indian cinema, less so in commercial cinema.

The second, socially more crucial, factor was the thespian’s commitment to focus on issues of the people. To this end, he invested his stardom as well as his skills as an actor. The more he seasoned, the deeper he dove to fathom how complex his milieu was.

As we talk of the politics of development today — in this ‘liberalised’ India with its billion hand-held 4G-powered screens delivering inanities 24x7 to numb minds to the level of the lowest common denominator — the amazement increases that much to think of how the early propagandists for a progressive India used the screen.

The Tamil film industry took the lead with Parasakthi (1952, written by future-chief minister M Karunanidhi) in using cinema to highlight the people’s causes. There were efforts in the Bombay industry too, including by those connected with the Indian People’s Theatre Association (IPTA). Chetan Anand’s Neecha Nagar (1946) won the prestigious ‘Grand Prix’ at the Cannes.

Commercial success, however, was trickier; here, the star power of the legendary trio of Raj Kapoor-Dilip Kumar-Dev Anand came to the rescue. Kapoor moved quickly into producing and directing his own films, teaming up with IPTA veteran Khwaja Ahmed Abbas to deliver stellar hits like Awaara (1951) and Shree 420 (1955). Anand, on the other hand, was wielded charmingly by several directors, including his brothers Chetan and Vijay, into effectively portraying urban, conflict-ridden characters (Kaala Paani, 1958; Guide, 1965).

Unlike Kapoor and Anand, Dilip Kumar generally stayed away from direction and production. He made up for this with his avant-garde selection of subjects and meticulously researched and rehearsed portrayals in films with conviction.

Aficionados still swear by his understated monologue in Footpath (1953), where he played a black-marketeer who travelled from rags to riches by hoarding food grain and medicines. The protagonist wakes up to the damage he has done to the society and his dear ones when an epidemic breaks out; the poor and the unfed — from whom he rose — were at the receiving end for no fault of theirs.

Films like Footpath, Kapoor’s Aawara and Dev Anand-starrer Baazi (1951, Guru Dutt) were early alarm bells for India, heady with newly achieved independence, that the road ahead was not easy at all; More so for the generation on which the country was betting to build the nation. While drawing in big numbers at the box office, such films did a sterling job of educating the masses — a quality that was keenly noticed by the first Prime Minister, Jawaharlal Nehru.

“The soul of India lives in villages,” Mahatma Gandhi had famously said. The soul drew nourishment from a plethora of forms of livelihoods, several of which faced competition from new Western technology. The rate of production started to increase at the cost of the producers. BR Chopra’s Naya Daur hit the screens as independent India completed its first decade. Its engrossing plot of camaraderie, rivalry and romance was set against the backdrop how mechanisation eats into livelihoods of people and destabilises communities.

Here was a blockbuster that warned industrialising India that private capital-driven modernisation would concentrate wealth and means of production into the hands of a few, sharpening social inequalities. It prescribed a way out: Unity and cooperation among the masses.

Such a theme could easily have gone over the top, but for the careful manoeuvring by Chopra and Dilip Kumar’s mastery in portraying Shankar, the tonga-drawing protagonist who picks up a challenge to race a bus and sets off to build a new road for that.

The subject resonated well across the country; the film was dubbed in Tamil. Only one Hindi film released in 1957 was a bigger hit than Naya Daur — Mehboob Khan’s Mother India, a seminal study of rural India and feudal oppression, which made the global cinema community sit up and take note.

Dilip Kumar himself picked up the theme of feudal tyranny in Ganga Jumna. He wrote the story and screenplay of two brothers — one upholding the law of the land and the other being a rebel to take on the wicked zamindar, the rich and the powerful — and produced it.

He wrote in his autobiography, Dilip Kumar The Substance and the Shadow:

… the more I felt it was time for me to make a picture that raised some critical issues about the people of rural India who had gained little from the country’s independence from foreign rule. The oppressed farmers and tillers of the soil were leading a life of slavery and were being exploited and swindled by the mercenary landlords.

Kumar played the outlaw — going against the norm of heroes being Mr Goody Two Shoes — to rave reviews. Extensive effort was put to situate the film in the Hindi heartland. Nitin Bose helmed the technically brilliant production, processed at the famous Pinewood Studios in the United Kingdom. It made quite a splash at the festival circuit abroad, a rarity for Hindi films. Some 84 million people are estimated to have watched it, 32 million of who were in the erstwhile Soviet Union.

In between there was Paigham (1959), where Kumar essayed a young man who tries to unionise his colleagues at the mill after discovering that the owner was defrauding the workers. The theme found much resonance in the 1970s, by when workers’ across the country were demanding a better deal.

It was in 1970 that Dilip Kumar’s only full-fledged Bangla film released — Sagina Mahato by Tapan Sinha. Based on a story by Gour Kishore Ghosh, this was a full-scale study of labour, community, the trade union movement and its pitfalls. It was set in Darjeeling hills, amid the tea economy, during 1942-43 — a time, it noted, when people were fighting both fascism and imperialism and “in this cataclysm a new India was being born”. The Naxal movement had sprang up in that region at the time the film was being conceptualised.

The coming together of the two erudite minds to critically look at labour movements led to a hugely successful film in a politically charged atmosphere. It was also judged the ‘Best Afro-Asian film’ at the Moscow International Film Festival.

Dilip Kumar, eventually, proved to be more than an actor or a star. He was a representive of a generation that passionately worked to build an inclusive India, never shying away from its warts.

It is 2021. We are fighting a once-in-a-century pandemic amid deep-seated prejudices and social divisions; The workforce is harried more than even before; inequalities are ever-deepening. In his 2014 autobiography, the ever-observant intellectual star wrote:

The situation has not changed much today, more than half a century after (Mother India and Ganga Jumna) exposed the exploitation of farmers, for whom the soil they till and plough is sacred.

As the thespian breathed his last, the national Capital laid besieged by farmers protesting agricultural ‘reforms’ for months on end.