Our economies are built on millions of hours of unpaid labour carried out every day by women; freeing up women's time would go a long way towards tackling economic and gender inequality 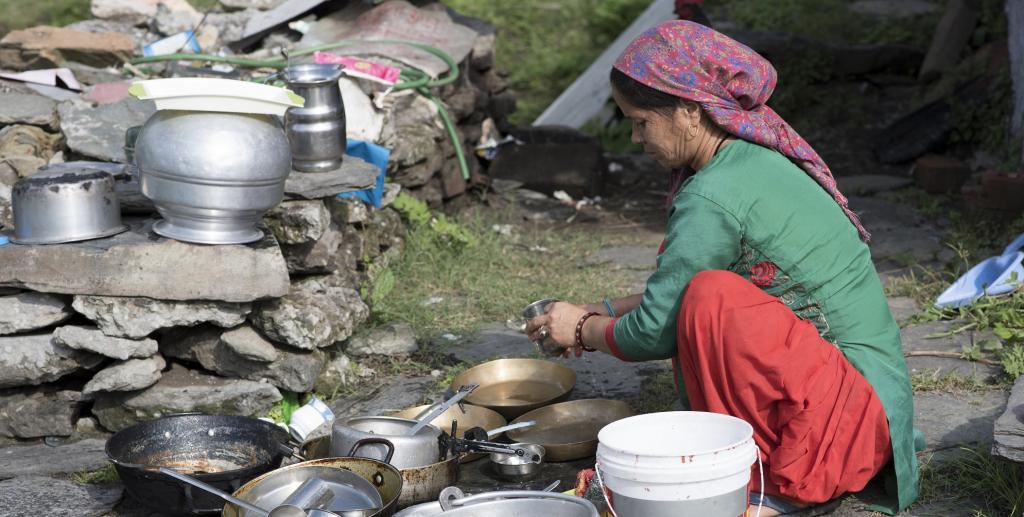 In the words of feminist activist, Paula Varela: "Women… have the majority of the precarious jobs, and we perform the overwhelming majority of reproductive work at home. This is why a basic right such as the freedom to decide about one’s own body, to decide on motherhood, is a right for which the entire working class has to fight. Similarly, that’s why… the precariousness of work, the lack of funds for health and education, the extension of the working day… all these attacks on the working class have to be demands of the feminist movement."

Our economic rules have been written by rich and powerful men to serve their own interests. Since the financial crisis of 2008, the number of billionaires in the world has doubled, and their fortunes currently grow by $2.5billion a day (Rs 17,000 crore). Meanwhile the wealth of the poorest half of humanity, 3.8 billion people, fell by 11 per cent.

Most of the world’s richest people are men. As highlighted in Public Good or Private Wealth, they control over 86 per cent of all companies in the world, hold more resources than women and are more likely to be at the top of the income ladder. Globally, women earn 23 per cent less than men and have a 50 per cent lower share of wealth.

A gender lens for public spending and taxation

Since women are more likely to live in poverty than men, it is sometimes assumed that to address gender injustice it is enough to implement policies designed to reduce poverty, because women will benefit more.

However, because women and girls living in poverty face discrimination, heavy unpaid care work responsibilities, violence or restrictions on their rights and freedoms, they won’t always see the benefits. The gendered nature of economic inequality reinforces inequality in all areas of women’s lives. This denies them the power to challenge systems of discrimination.

Universal public services, especially in areas such as health, education and water — as well as social protections like pensions and child support grants — have a profound impact on gender equality.  For example, when school is made free, girls benefit most as they are the last to attend when families have to pay. But that is not enough. Public services also need to be designed specifically with gender — and other — inequalities in mind, and should also seek to challenge harmful social norms.

Our economies are built on millions of hours of unpaid labour carried out every day. Time spent caring for children, the elderly and the sick; cooking and cleaning; and collecting water and firewood, is overwhelmingly done by women and girls. If all this unpaid care work was carried out by a single company, it would have an annual turnover of $10 trillion, 43 times that of Apple.

The heavy nature of this work leaves women time-poor, and less able to take up educational, political and economic opportunities. And women living in poverty bear the most unpaid care work of all. Governments should prioritise meeting the care needs of their populations by providing universal public services and social protection.

Freeing up women's time would go a long way towards tackling economic and gender inequality.

Rather than being a drain on government budgets, these investments would deliver economic returns. Research in six middle-income countries shows that investing two per cent of GDP in strengthening health and care services could generate between 1-3 per cent growth in overall employment. This is 13 per cent more jobs than if the same sum was invested in the construction industry.

As mentioned previously, economic inequality also translates into inequality in voice. To make public services responsive to the needs of women living in poverty, governments must provide genuine opportunities for them to have a say in key budget, design and management decisions.

Spiralling economic inequality is a threat to the fight against poverty. Economic policies fail to fully recognise women’s economic contributions, or take their needs and priorities into account. Only solutions that address gender inequality will be effective ones.