Fifth Schedule and the fate of scheduled areas 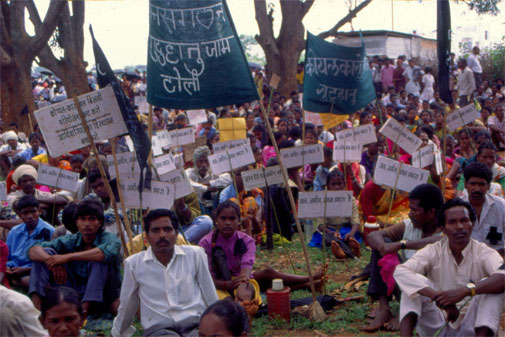 The case is in itself quite curious. It demands that Fifth Schedule of the Constitution be reinterpreted in a progressive way. The Fifth Schedule deals with administration of scheduled areas where tribal communities are in a majority. Tribal advisory councils (TACs) are constitutional bodies formed under the Fifth Schedule to deal with welfare and advancement of scheduled tribes in states. The petition demands that if the governor wants to revise any decision taken by the state government related to industrial or infrastructure development or any such matter to favour scheduled tribes, she/he must have the power to refer it to TAC for consideration.

In the current form, the chief minister of the state chairs the TAC. It is true that 75 per cent of the council is composed of members of tribal communities. Sometimes, cabinet ministers from tribal communities are also appointed as members.

But petitioner B K Manish says there is a conflict of interest because the person heading the state cabinet also chairs the TAC. The petition seeks progressive judicial endorsement of grey areas of the Fifth Schedule. It states that the Fifth Schedule is meaningless until and unless governors of states get discretionary powers for administration of the schedule areas and have the power to revise or supersede government decisions in the interest of tribal communities.

A high level committee was appointed by the prime minister’s office in August 2013 under Verginius Xaxa to study the socio-economic status, health and education of tribals. The committee submitted its report in May 2014. The government has not yet released the report, but its contents were leaked in December last year. This report terms the issue raised by Manish’s petition as a “Central question” and points out that future interpretation of the Fifth Schedule will depend on it.

It says, on page 75, “It is the State Governments rather than the Governor which have framed the rules regarding TAC functioning which has led to near complete usurpation of these bodies by the political parties in power.”

On page 76, the report says, “...whether the Governor as the constitutional head of the State can make this referral on his own discretion or only on the advice of the Council of Ministers. The question is central since the answer could shape future interpretations of the Fifth Schedule as well as the extent of control of various State Governments over the functioning of TACs.”

The report doesn’t, however, ask for a separate administrative mechanism for scheduled areas, which is the wider implication of this petition.

The state cabinet is the highest decision-making body in the state. If both the cabinet and the TAC are headed by the same person, it would then be impossible for the TAC to overturn a decision taken by the cabinet, even if it were not in the interest of tribal communities in scheduled areas.

Scheduled areas have the highest forest coverage and are rich in minerals. It has been seen that the business potential of scheduled areas leads the corporate sector to lobby intensively with the state government for decisions in its favour and high profits. It affects the environment and livelihood of tribal communities. Governments of eight states, where most of the Fifth Schedule areas are located, are unwilling to touch the subject as it would hurt big business interests.

A change in the approach to the Fifth Schedule would mark an important development in the movement for tribal rights.