Even before the current Ukraine crisis, a gap between global humanitarian needs and requisite funding to address them was growing. 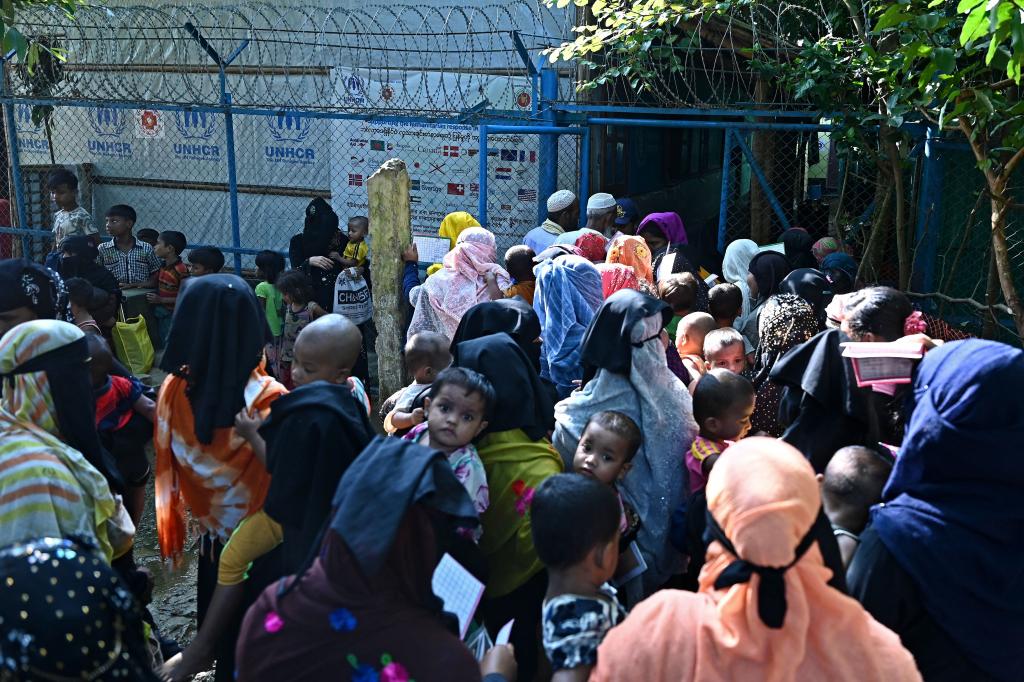 Nearly 10 months since the Russian invasion of Ukraine in February 2022, the ongoing war has produced over 7.7 million refugees.

An additional 7 million Ukrainians have lost their homes and are struggling with acute shortages of food, water, shelter and other basic needs.

Though the delivery of humanitarian assistance has suffered as a result of Russian airstrikes and disruption of commercial supply lines, the international response to the Ukraine crisis has been remarkable.

Since January 2022, the U.S. government, for instance, has committed more than US$18.2 billion in security assistance to Ukraine, with approximately $17.6 billion dedicated to train and equip Ukrainian armed forces.

The humanitarian response – including policies to absorb Ukrainian refugees and provision of emergency relief – has also been remarkable. The 2022 “Stand Up for Ukraine” global pledging campaign raised $8.9 billion.

UN spokesperson Stephane Dujarric stated: “This is among the fastest and most generous responses a humanitarian flash appeal has ever received.”

A protracted refugee crisis in Bangladesh

The international attention focused on Ukraine comes at a time when other humanitarian crises around the world are receiving less attention and assistance than they need.

As a scholar of refugees and forcible displacement, I spent the summer of 2022 researching the changes in Bangladesh’s policies toward the Rohingya, an ethnic group that is largely Muslim.

Since 2017, in what was recognized as the fastest and largest refugee influx since the 1994 Rwandan genocide, more than 773,000 Rohingya crossed the border to neighboring Bangladesh to flee the Myanmar government’s genocidal campaign against them.

Over 1 million Rohingya are currently living in the world’s largest refugee camp in Bangladesh, where there are issues with overcrowding, insecurity and violence.

My interviews with national and international NGOs and camp administrators revealed growing anxiety about the ongoing financial and social pressures on Bangladesh as a result of serving as one of the world’s largest refugee hosts.

They also revealed concerns about the possibility that the Ukraine crisis is diverting attention and financial assistance from the protracted Rohingya situation.

Despite the fact that housing the over 1 million Rohingya in Bangladesh costs $1.21 billion per year, the Rohingya crisis has never received enough financial assistance. Instead, the amount of assistance has been decreasing over time.

In 2020, donors contributed only 65 per cent of the required funding, down from around 72 per cent to 75 per cent two years earlier.

In 2022, the United Nations High Commissioner for Refugees reduced its funding expectations for the Rohingya in Bangladesh. The Rohingya Refugee Crisis Joint Response Plan 2022 sought approximately $881 million to support the refugees. To date, Bangladesh has received 32.9%, or about $290 million.

“It is difficult to get the world’s attention to … those places where children are suffering in the same way that the children of Ukraine are suffering,” said Gregory Ramm, a spokesperson for the international charity Save the Children in April 2022.

Funding for other protracted crises in 2022 seems to coincide with overwhelming political interest in, and donor pledges for, Ukraine.

For instance, while the 2021 Afghanistan Humanitarian Response Plan was very well funded, at 112.8%, so far this year it has received only 45.6% of its funding appeal.

At the 2022 international donor conference on Yemen — a country of 23.4 million people in dire crisis with war and famine — the United Nations appealed for $4.3 billion for humanitarian aid. World leaders offered less than one-third of that.

This so-called “aid void” is also increasing in Myanmar, the Sahel and Ethiopia.

The European commissioner for crisis management had explicitly stated that the European Commission would not pull funds from other crises around the world as it responds to the conflict in Ukraine. Other EU ministers made similar commitments.

But individual EU member states have already begun diverting funds, as real-time aid data shows. For instance, Sweden and Denmark have announced cuts to other aid priorities that equate to 14% and 10% of their respective 2021 aid budgets. Sweden has already reallocated $150,000 from Sri Lanka – where millions face poverty following its severe economic crisis and political turbulence since March 2022 – to Ukraine. Denmark announced that it would defer development aid it had earmarked for Syria, Mali, Burkina Faso and Bangladesh to fund the reception of fleeing Ukrainians.

The UK has recently announced that it will halt all “nonessential” aid spending. It is estimated this may result in that spending budget being reduced by 25% with further cuts to aid to countries like the Sudan and Syria in addition to those already implemented since 2020. Germany has shown a similar trend.

Excluding the generous support for Ukraine, the U.S. has also cut its humanitarian budget by $1 billion relative to 2021.

Even before the current Ukraine crisis, a gap between global humanitarian needs and requisite funding to address them was growing.

In West Bank and Gaza, critical programs had already been curtailed and food rations had been severely reduced in Yemen.

The COVID-19 pandemic compounded preexisting humanitarian crises and increased funding needs. Yet, in its humanitarian appeal for 2021, the U.N. received less than half of the funding it requested.

This funding shortfall is even more stark given that the number of people without food, clean water, housing and medical care has passed 300 million, according to the 2022 Global Humanitarian Assistance Report. The number is 90 million more than before the start of the COVID-19 pandemic.

Humanitarian experts have expressed concern that the the overwhelming attention on Ukraine is diverting resources – both financial and human – from other crises that are already facing unprecedented funding shortages.

The war in Ukraine and sanctions on Russia have also fueled a shortage in global food production and a spike in global food and energy prices. These spikes are already affecting emergency aid delivery and food scarcity in several conflict-affected contexts, as well as major refugee-hosting countries like Bangladesh.

As the attention to and support for Ukraine continues, the impact of the war together with other crises – economic, political and environmental – in places like the Horn of Africa continues to have devastating impacts on the lives of civilians.

The Norwegian Refugee Council noted, “The war in Ukraine has highlighted the immense gap between what is possible when the international community rallies behind a crisis, and the daily reality for the millions of people suffering far from the spotlight.”