Great change for Little Rann: Finance for solar panels and the road ahead 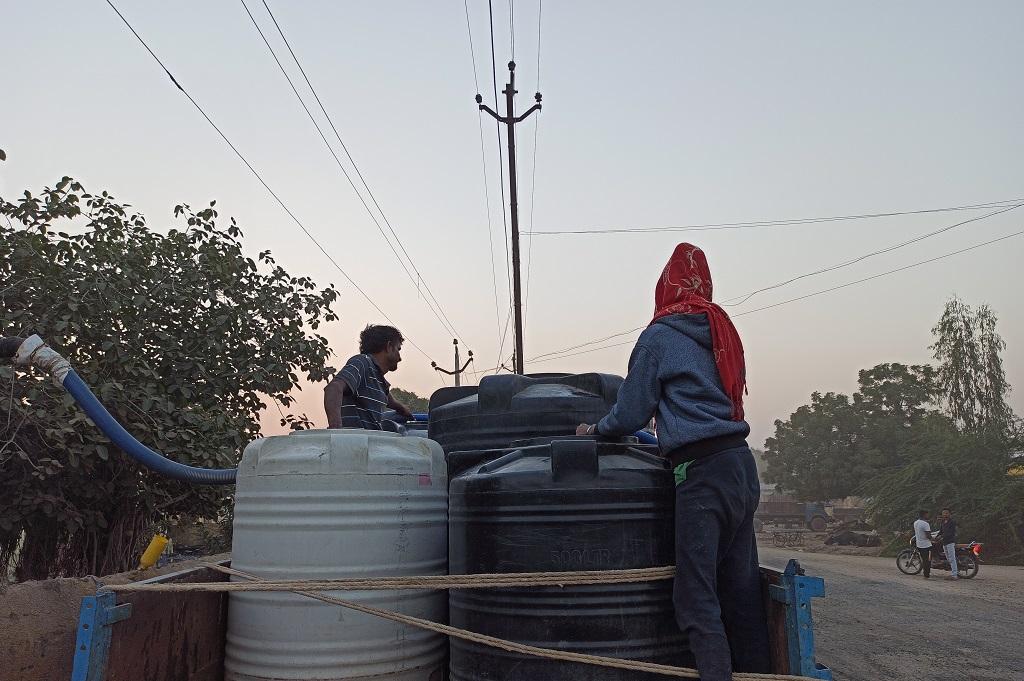 In the final part of a three-part series. Also read parts one and two.

A solar pump costs anything between Rs 2.4-3.5 lakh, depending on its power, a big amount for the marginalised Agariyas, the salt farmers of Gujarat’s Little Rann of Kutch (LRK). The 5,000 square kilometres of LRK is a notified wildlife sanctuary.

The Agariyas do not have land rights in the area and thus, cannot apply for a bank loan. To encourage the uptake of solar pumps, NGOs initially devised various financing schemes.

While the Vikas Centre for Development (VCD) managed loans for Agariyas from various funding agencies and companies under its corporate social responsibility initiative, Self Employed Women's Association (SEWA) devised a loan from their own bank.

“We have installed 3,000 pumps in the Rann till now with the help of a scheme designed by SEWA Bank, which is only for our women members. We ensured that the EMI is not more than the savings the Agariyas make on diesel,” said Heena Dave, Surendranagar district coordinator of SEWA. Later, SEWA tied up with NABARD and Bank of Baroda to give financial assistance to Agariyas.

In 2017, the Gujarat Industries Department came up with an 80 per cent subsidy scheme for solar pumps, with a target of 5,000 solar pumps in five years. A back-end subsidy, it requires the Agariyas to buy a solar pump and then apply to the District Industries Commissioner’s (DIC) office for subsidy. The DIC then verifies the pump physically and approves the subsidy. The application then takes six-eight months to process.

“To claim the subsidy, the Agariyas still need a bridge loan to pay the solar pump provider,” said Rajesh Shah from VCD. He added:

From VCD’s revolving fund, we provide bridge loans to pre-identified Agariyas, who then buy pumps from SAVE. We also facilitate their subsidy approval process which when received, is returned by the Agariya to us.

The scheme kickstarted a renewable energy industry in the vicinity of LRK, with around 3,000 pumps being installed under it till now. Apart from NGOs, nine private solar pump suppliers from Surat, Rajkot, Morbi and near Patdi are operating there.

“We take the panels, controller and pumps on credit from different companies and sell them to the Agariyas,” said Sandeep Ramji Sadaria from Patdi, whose company Maruti Nandan has installed 250 pumps in LRK.

When their subsidy comes, the farmers pay the company back. “Till then, we have to bear the interest. However, we never pass on this interest to the Agariyas.”

Surat-based Kashyap Infraprojects installed 150 pumps in LRK since 2018. Hiren Bhavasar, the owner, said maintaining the machines in the Rann is a challenge because of the topography.

“Also the subsidy doesn’t come on time, which impacts our targets because we need working capital. It is still pending for 40 of our pumps,” said Bhavsar.

In some cases, however, the subsidy has not been disbursed even after two years, Bhavsar pointed out.

Gopal Nagji Tretia of Nimaknagar bought a pump in 2019 from SEWA. He paid off 20 per cent of the cost in four installments of Rs 6,000 each to SEWA. The rest of the amount was loaned in his name under the Bank of Baroda-SEWA tie-up. He shared his experience:

Two years after installation, I have not received any subsidy and the loan stands as it is even though all my documents are complete. Nobody comes for repair and maintenance when my controller or motor is out of order, despite repeated calls. We are managing with another solar pump which my nephew owns but have not managed to go off-diesel as we originally thought would happen with two solar pumps between us.

Gunawant Ramji Koli also got his pump in 2017 under SEWA’s tie-up with the Bank of Baroda. He paid Rs 30,000 but stopped paying installments after two years. “I bought the solar only on the promise by SEWA that I will get the subsidy otherwise I couldn’t have afforded it,” he said.

But his subsidy has not been approved yet. Though he has not faced any trouble yet, the bank loan in his name is a constant worry, he added. “We are illiterate people and don’t know how to deal with these issues.”

An email and phone calls to the Gujarat Industries Department about the disbursement and delay in subsidies went unanswered. But a conversation with the Agariyas on the issue revealed that the solar pump model given by SEWA till 2018 did not comply with the Union Ministry of New & Renewable Energy’s specifications, including that of the stand, resulting in no disbursal of subsidies.

SEWA however denies this claim. “Till 2017-18 we installed 500 pumps with stationary stands and our members have received subsidy for them,” said Devesh Shah, chief executive of Grassroots Trading Network for Women that facilitates financing for SEWA.

In a 2018 meeting with the DIC of Surendranagar, the authorities approved the subsidy for the stationary stands till that year, after which, SEWA also started producing rotary stands as per the required specifications, he added.

“In any case, with small pumps of 1-3 kilowatts, it does not make much difference whether the stand is stationary or rotary, because the resultant energy requirement is similar,” according to the SEWA official.

To be eligible for the subsidy, besides other documents, the Agariyas need to have a card identifying him as the owner of a salt pan and not a labourer. But many Agariyas working in LRK for 3-4 years, or as salt pan labourers, do not have the required card, forcing them to continue with diesel pumps.

Also, the subsidy scheme does not allow for more than one pump in a family’s name. “If I get a second pump, I will not have to use diesel at all as all my work will be done in the day by utilising water from more wells,” said Vinod Kalsi Koli, an Agariya from Odu village in neighbourung Patdi block.

Even as solar pumps and a good price of salt in the last two years has made Agariyas aspire to produce more by digging more wells, elder Agariyas like 65-year-old Danabai Makwana, warn of depleting brine reserves.

Below 60 feet, there is no brine in LRK, only clay and sweet water, he says. “Last year, a neighbour from our village dug 17 borewells but could not find water.”

The Rann is home to the endemic wild ass, the fishers during the monsoon, pastoralists and farmers near the Rann and being a low-lying area meeting the sea, has many ecological functions too, according to Harinesh Pandya, managing trustee of the Agariya Hitrakshak Manch. “Salt making is an important but just one part of this ecosystem.”

Aspiration for profit is normal but Agariyas can earn more profit by extracting different products from the same bittern from which salt is made, he added. Gypsum can be extracted in the pre-edible salt stage and bromine and magnesium chloride can be extracted from the liquor left after salt production. This way, brine extraction will be sustainable, Pandya said.