Great Expectations: What will tribal India’s ask be from President Droupadi Murmu

The tribal communities of India hope that as president, Murmu will be able to ameliorate their suffering caused due to a host of factors 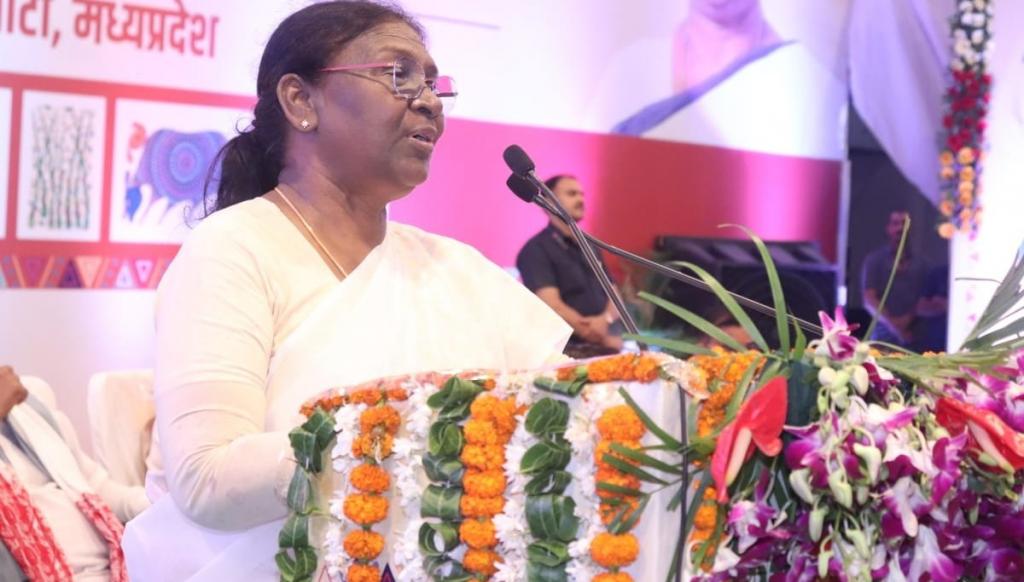 It took almost 75 years after Independence for any political party or alliance to nominate a person from the tribal community as President. It is indeed a welcome decision and undoubtedly a milestone.

There were 104 milion tribal people, constituting 8.6 per cent of India’s population, according to the 2011 census.

Murmu, 64, filed her nomination June 24, 2022, as the the presidential candidate of the ruling Bharatiya Janata Party (BJP)-led National Democratic Alliance.

If elected, the former Jharkhand governor will become the 15th president of the Republic of India and only the second woman to reach the top post.

The President of India is the Head of State. India has a cabinet form of government. The Indian President is, therefore, a constitutional head like the  British monarch.

All executive powers are constitutionally vested in him / her, although those are exercised and executed by the Cabinet. According to the Constitution, the President’s primary duty is to preserve, protect and defend the Constitution and the laws of India.

Murmu’s nomination for this important post has evoked a mixed response from the tribal peoples of India. Some are happy but others are sceptical.

They point out that as the governor, she did put a stop to the proposed amendments to the Chota Nagpur Tenancy Act, 1908 and Santhal Parganas Tenancy Act, 1949, but was not forthcoming to form the tribal advisory council for Jharkhand.

Recently, the country has been seeing regular attacks on its democratic fabric. Moreover, the tribal communities are facing the brunt of the development and privatisation policy of the government.

Amendment in various acts, such as the Forest Conservation Act, 1980 and the Mines and Minerals (Development and Regulation) Act, 1957, is a direct attempt to bypass The Provisions of the Panchayats (Extension to Scheduled Areas) Act, 1996 and the Scheduled Tribes and Other
Traditional Forest Dwellers (Recognition of Forest Rights) Act, 2006.

This is being done to further push the Adivasi community into the pit of marginalisation and poverty. Since the enactment of PESA in 1996, four of 10 states, namely Chhattisgarh, Madhya Pradesh, Jharkhand and Odisha, are yet to make rules for PESA. The implementation of PESA is questionable in states which have made the rules.

Another serious issue is the urbanisation of Scheduled Areas. The Fifth Schedule of the Constitution mandates laws separate from the Panchayati Raj Act and the Nagarpalika Act to administer villages and towns in tribal-dominated areas.

Parliament enacted PESA in 1996 for rural tribal areas. However, similar legislation for urban tribal areas — the Municipalities Extension to Scheduled Areas (MESA), 2001 Bill — was not enacted.

A report by Down To Earth shows that at least 181 municipalities are functioning unconstitutionally in Scheduled Areas of seven states. Extending the urban areas without a legal basis has created a governance crisis in the Scheduled Areas and undermines the traditional rights of tribal people. It will be interesting to see how Droupadi Murmu will approach this issue.

The latest report for 2020 by the National Crime Records Bureau reveals that Scheduled Castes (SCs) and Scheduled Tribes (STs) continued to face persecution during 2020.

Crimes against SCs and STs rose by 9.4 per cent and 9.3 per cent, respectively, compared to 2019. If these numbers do not go down, it will not help if someone becomes President of India from these communities.

The current President, Ram Nath Kovind, is the second person from the Dalit community to hold the post. However, this did not ameliorate the conditions of Dalits as expected. Time will tell if the situation remains the same for the Scheduled Tribes or changes under the presidency of
Droupadi Murmu.

Other issues are land alienation, loss of access and command over forests and community resources, enforced eviction due to development projects and lack of appropriate rehabilitation and indebtedness.

According to studies, more than 50 million people have been displaced in India due to ‘development’ projects for over 50 years. Around half the displaced are due to dams, mines and industrial development.

The Adivasi communities, constituting about 40 per cent of the displaced, are the worst-affected. It is expected from Droupadi Murmu that she will urgently look into this grave situation and will reduce the pain of displacement of the community through her good offices.

The community is looking expectedly toward Droupadi Murmu, hoping that the atrocities against them will decrease. She will alleviate the burden of mining and rampant development on the Adivasi community, they expect.

As President, she is vested with special powers to protect and safeguard the interest of the Scheduled Tribe community. It will be a litmus test for her as well as the BJP. Let us hope this decision of the BJP is not symbolism but comes out of a genuine sympathy for the community.

As President, Murmu has to preserve and defend the Constitution and the law. The tribal peoples of India expect nothing less from the President.

Ravi Rebbapragada is Executive Director of Samata and Chairperson of Mines, Minerals and People