Is Chennai prepared for a severe bout of northeast monsoon rainfall? 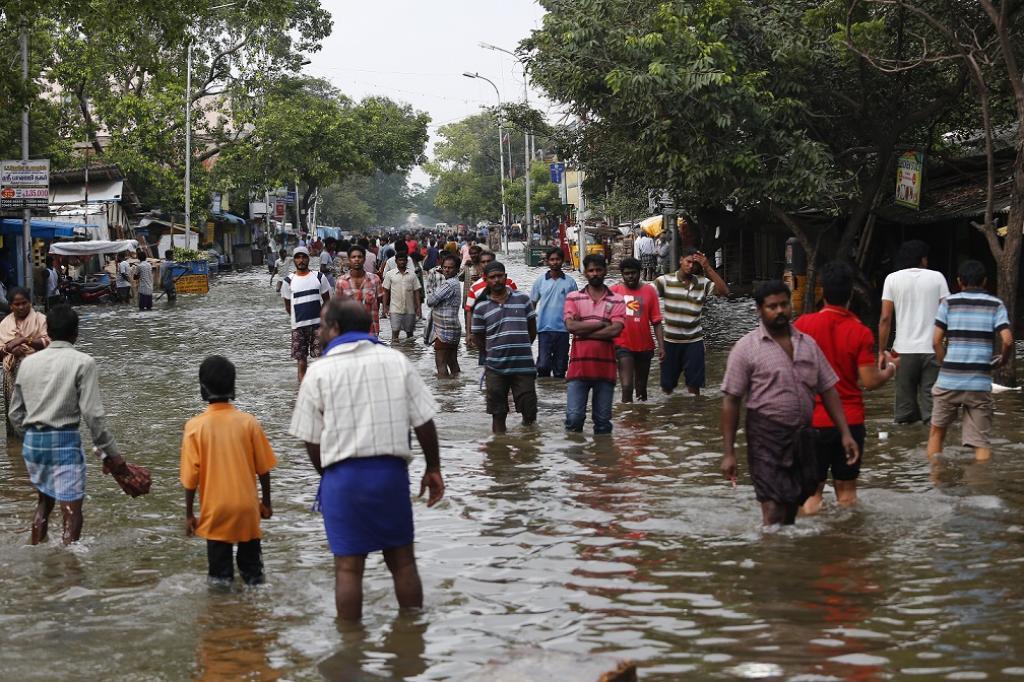 Fears of floods of the scale of the 2015 deluge are looming over Chennai where at least five people have died in rain-related incidents since last week. The India Meteorological Department (IMD) has predicted widespread rainfall in Tamil Nadu in the coming days, with forecasts of heavy to very heavy rainfall in Chennai.

The northeast monsoon unleashed its fury in the state last week, swamping large parts of residential areas and commercial centres.

The answer is a mix of affirmative and negative. A combination of technological and religious reasons (radar glitches and Diwali festive mood) led to misjudgement of the severity of the rainfall and flooding. Chennai recorded 200 millimetres (mm) of rainfall on the night of November 6.

State officials are concerned because no rainfall alert was issued ahead of the downpour. It was announced that the city is under a green-coded (no warning, no action) alert for until November 10.

Is it the lack of a reliable radar weather system the main reason? North Chennai has received the heaviest rainfall but low-lying areas like Velachery and Palikarnai were massively flooded.

Semmancheri, the town that was the worst-hit during the 2015 deluge, was not flooded this time.

It should be noted that there is a striking similarity between the events leading to the 2015 floods and the active northeast monsoon’s tango with the city at present.

Rainfall since the onset of the northeast monsoon this year in Chennai has already filled the reservoirs and drainage systems. On November 8, 2015, Chennai was alerted of a low depression across the Bay of Bengal. The city received 399 millimetres rainfall in five days in November 2015. This year, it recorded 200 mm in one night (November 6).

The 26th Conference of Parties (CoP26) to the United Nations Framework Convention on Climate Change is in its second week but has not seen any substantial progress. The case of Chennai should be a reminder and evidence of the statement made in the Sixth Assessment Report by the Intergovernmental Panel on Climate Change that “unpredictability of climate moods is the only predictable truth”.

Will the newly constructed, completed or proposed, stormwater drainage projects be a game changer to ward off flooding in Chennai? There is no convincing answer so far as we continue to witness rainfall since last week.

There is a structural flaw in integrating various stormwater drainage systems funded by bilateral and multilateral agencies but implemented by Greater Chennai Corporation (GCC) into a holistic network of drainage systems which allows excess water to flow through.

The city is waterlogged for over two days despite having stormwater drains in its core areas. It is imperative to integrate the networks of stormwater drains funded by various agencies to make it a natural network, besides finding the structural flaws and corruptions involved. We hope that the Asian Development Bank with GCC will address the immediate challenge through its ongoing project.

However, in contrast to 2015 floods, incremental improvements can be seen across the institutions dealing with climate induced disasters in Chennai. GCC has been more proactive than the responses during the 2015 floods.

Contact details posted in GCC website is one of the right means to allow access to information and responses rather than solely depending on Rippon building (GCC office).

However, the next two days of intense rain, as predicted by IMD, would be a litmus test for the GCC.

Initially, leadership matters when it comes to disaster risk management. That is reflected in Chennai as well.

Both the chief minister and GCC Commissioner have been taking stock of the situation from ground-zero as well as reaching out to vulnerable communities in distress. Proactive and preemptive information sharing and communication as well as early warning system are the mainstay of successful disaster risk reductions.

Experience drawn from COVID-19 responses so far in the city has helped in implementing several short-term and long-term measures by GCC in the wake of heavy rainfall and consequent floods.

GCC has established a flood grievance redress mechanism and over a hundred relief centres in 15 risk zones for sheltering affected people as well as rendering immediate rescue and relief services. All schools under GCC are being opened for accommodating flood-affected people.

Food and medical supplies are being arranged for the people whose dwellings are damaged or inundated due to rain. Several community kitchens have been made operational.

Rescue boats are kept on standby at all risk zones. Water is being pumped out and canals are being de-clogged constantly wherever it's necessary to remove the excess water.

‘Zero loss’ has been the motto from the beginning for the present Tamil Nadu government in facing the deluge. The GCC seems to be better prepared than the 2015 December flood scenario.

The CDMPP is more comprehensive and inclusive in nature than its previous version. It recognises and acknowledges both structural and non-structural interventions to make Chennai a resilient city.

Here’s hoping that people of Chennai will bravely face the coming rains in the coming days and extend help to each other.