MGNREGA budget has declined in real terms over the years, despite claims of “highest ever” allocations 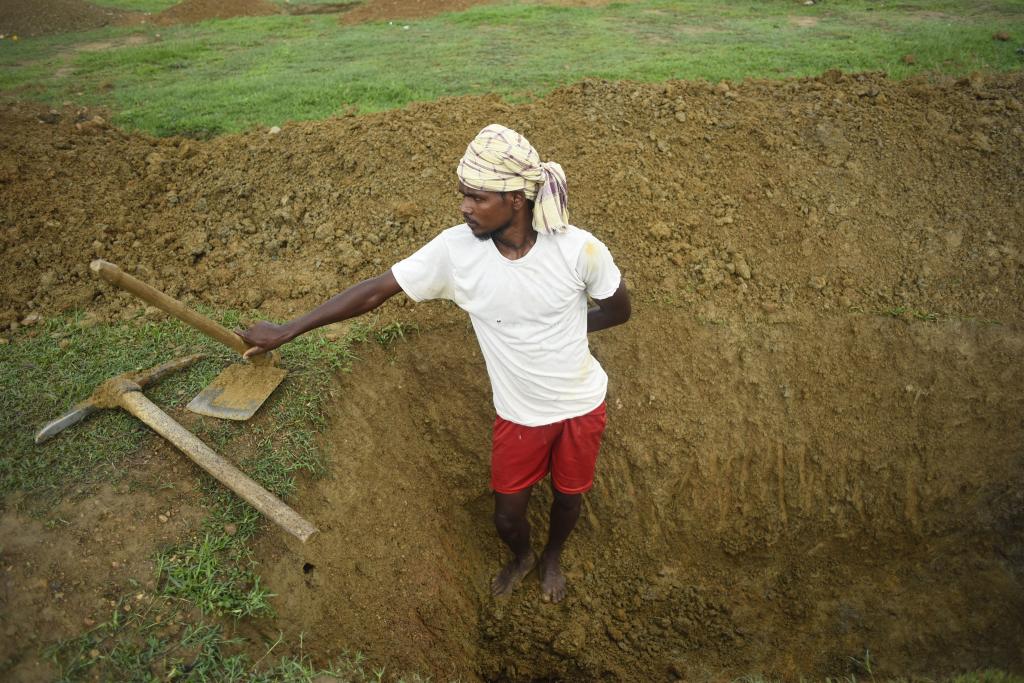 In 2004, before India had any legal welfare entitlements for the informal sector, the National Rural Employment Guarantee Bill, was furiously debated in the Parliament and the media.

The aim of this legislation was to address the crisis of under employment and unemployment in the rural economy and provide job opportunities through public works in gram panchayats.

It brought two fundamental legal guarantees: work on demand, and to ensure it, the provision of unemployment allowance if work is not provided within 15 days. However, critics of the proposed legislation painted a doomsday scenario where the country’s economy would be ruined with this open ended, demand-based programme. They feared that the lower courts would be flooded with cases once the right to work was made a justiciable entitlement.

In 2017, 11 years after the Mahatma Gandhi National Rural Employment Guarantee Act (MGNREGA) was passed, in fact the opposite happened. The programme is largely run in a “supply-driven” manner when funds are available rather than in a bottom-up demand-based manner. The budget for the programme has steadily declined in real terms over the years, despite the false claims of the finance minister of “highest ever” allocations. This also leads to wages being more and more delayed, as the financial year progresses and funds dry up. Rather than the predicted violations crippling lower courts, the Supreme Court, in a public interest litigation filed by Swaraj Abhiyan, is hearing matters about legal violations.

There have not been many cases of payment of unemployment allowances in all these years. This is partly because of the funding design. While wages to workers are fully funded by the central government, the enforcement of the legal guarantee (payment of unemployment allowance has to be done by state governments). There are no allotted funds for this, and the money has to be recovered from the salaries of functionaries. Therefore, state governments and field functionaries have resolutely resisted any kind of accountability that pinpoints demand not being honoured.

The Centre has recently started recording and displaying unemployment allowances due. For this financial year, only a measly Rs 47,000 is due in unemployment allowances for the entire country. This is based on demand applications that are already recorded in the ministry’s Management Information System. However, the real story is that of several thousands of cases where applications are not even acknowledged.

In such a scenario, the news from Jharkhand about the payment of unemployment allowance worth Rs 2.5 lakh to 130 workers across 10 blocks is all the more remarkable. This has happened in the past eight months and has been possible through the dogged efforts of sahayta kendras (help centres). In Jharkhand, over the past few years, several women’s federations have been set up and they have supported these sahayta kendras at the block level.

These help centres are intended to be independent facilitators whose work is to assist workers in securing their rights. This is at the heart of welfare programmes such as the MGNREGA and helps translating legal guarantees into meaningful entitlements for those it is intended for.

Part of the work of sahayta kendras consists of helping workers file applications and complaints with the local administration. This involves three steps. The first relates to information. The members of sahayta kendras keep themselves informed about the entitlements under the law and the processes of accountability. Thus, the first step comes in informing people that they are even entitled to such allowances. The second thing is to convert this into a form that can be filed by the local administration. Thus sahayta kendras help workers in preparing the application form and puts together the accompanying evidence, whether it is workers’ testimonies, dated receipts and so on. The third thing is the constant follow up on these applications, which is eased by being present in the physical compound of the block office.

Sahayta kendras emerged through the efforts of activists associated with the campaign that fought for MGNREGA. At the local level, they are trying to create space for people’s participation in establishing a community-based monitoring mechanism. At the state level, a network of individuals and organisations, NREGA Watch, continue to be associated in the running, mentoring and supporting of sahayta kendras. They also assist in escalating complaints and cases that remain unresolved at the local level.

The rural development department has also put in place several enabling systems for grievance redressal, including the imposition of fines on erring officials. This is a slow change in the usual culture of resistance to rights that prevails in the administration. Just this month, they have recognised some of the sahayta kendras as essential to the actualisation of entitlements.

Table compiled with the help of information provided by sahayta kendras

This innovative technique of governance has a few lessons for welfare programmes. First, while welfare as a legal guarantee can be enabling, people’s capacity to constantly struggle against an ineffective system is limited. Therefore, there is a need for independent facilitation like sahayta kendras that use provisions of law to translate things into something meaningful for people. This is already the case with the Bihar People’s Guarantee to Grievance Redress Law, 2015 that provides information and facilitation centres to citizens for all government services.

While sahayta kendras can be effective for issues that can be addressed locally, the accountability and redressal for several matters travel upwards. For example, wage delays caused by technical glitches in Aadhaar or due to a faulty public fund management system go unrecorded and unpunished. Therefore, there is a need for clarity on processes at each level of governance, and their concomitant codified accountability structures.

News of allowance payments have travelled fast in blocks, leading to a renewed interest in the programme. However, thousands of workers are still struggling. Also, there are those, who do not have the means to even file applications and challenge the state of legal rights. These allowance payments will hopefully put some wind in their sails.