Odisha's mines may power the country, but what about its people?

Mining has not yielded commensurate dividends to life in Odisha 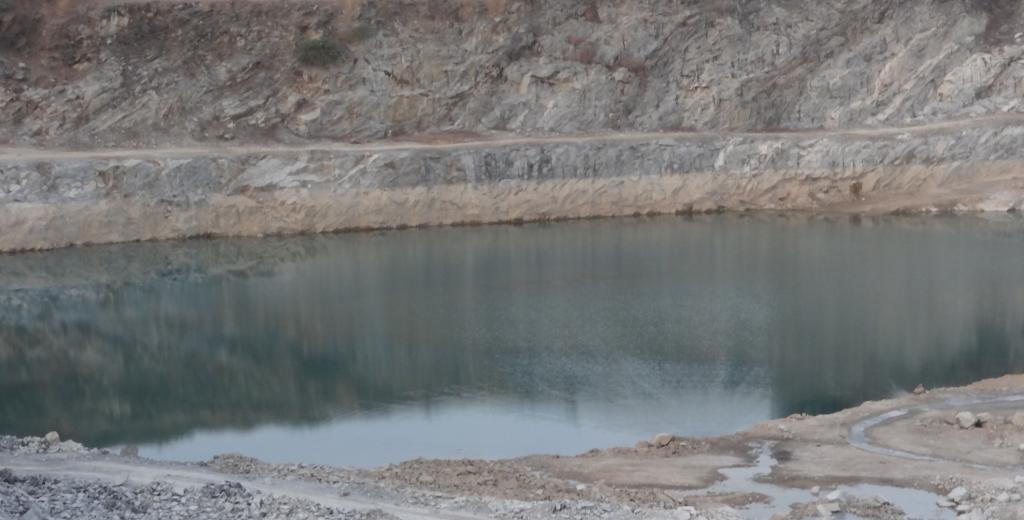 The income from mineral extraction in Odisha has not benefitted the regions from where the minerals are removed. This is an abandoned limestone mine in Sundargarh district. Photo: Wikimedia Commons

Odisha’s Naveen Patnaik government, in its fifth term now, along with the Narendra Modi-led National Democratic Alliance government, which is in its second term, have decided to auction the state’s mines before their leases expire in March 2020.

Almost 25 per cent of India’s iron and manganese ore resources will be up for sale for captive users and merchant miners. By doing so, Odisha, the projected ‘steel capital of India’ would become the principal provider to India’s targeted 300 million tonne (mt) steel capacity by 2030.

Odisha’s mines have a direct influence on the economy of India and world trade. With the help of Odisha mines, steel production in India is predicted to double by 2031, which would contribute about 2.1 per cent to the Gross Domestic Product (GDP) of the nation and in the next decade, its share should be exceeding three per cent.

Besides iron and steel, there are other minerals from Odisha’s mines which would transform India’s economy forever.

India’s target is to grow annually at 12 per cent over the next five years, to a $5 trillion GDP by 2024 and Odisha would play a significantly dominant role in this unprecedented growth story.

But so far, mining has not yielded commensurate dividends to life in Odisha, if not more. In the past three decades, less than one per cent of Odisha has enjoyed abnormal affluence, without creating new wealth.

The richest state of India (accounting for seven per cent of India’s forests and 11 per cent of its surface water) has been bled poor by only a few in the extraction industry and brazen crony capitalism that includes wanton, illegal miners.

If at all, tinkering with our natural resources should have a purpose for the state. Odisha’s civil society is clueless, silent and stunned. Apathy towards one’s own state’s development is always worse than the flagrant loot of its resources.

Despite its riches, Odisha is reeling under an unemployment rate of 7.1 per cent, which is more than the national average of 6.1 per cent.

Its Gross State Domestic Product growth of 8.4 per cent is largely due to the industry sector, whose share has been consistently rising in the past four years and is expected to contribute 39.47 per cent to the Gross State Value Added in 2018-19.

The extraction industry accounts for over 30 per cent of the industry sector’s contribution. But with high unemployment, Odisha’s youths and households have not benefitted.

Agricultural production is sharply declining. Education and agriculture term loans have the highest Non Performing Assets in the state.

With the revenue from mining, the state should build parallel resources as a standby. In about five decades from now, all our reserves would be depleted and we would be an empty drum, ravaged and dumped.

I am all for mining, but responsible mining. Odisha is probably one of the best examples in the world of how non-renewable natural resources are disproportionately important to poor and fragile economies, as typically, they are their main endowment and revenue source.

Mining auctions call for fairplay among bidders, without any geographical barriers or hegemonies. But this would not necessarily encourage any ‘local’ entrepreneurs who do not demonstrate investing capabilities at large scale. They are limited in their funds.

We are inviting mining behemoths and conglomerates to dig gold, truck and build empires. In the last three decades, only about 80 young people have joined the mining/extraction industry independently (not as scions of established mining families) as mining and allied entrepreneurs and have sustained.

Less than 10 mining companies belong to home-grown entrepreneurs. All the rest, numbering six times the figure, do not belong to Odisha. Can the government of Odisha provide special incentives for the homegrown businesses?

The only trades (and not industries) that mining has spurred over the years are automobile, rentals, logistics, hospitality (low end) and brokering. Odia youths are not present either in the upstream or downstream of mining either as entrepreneurs or employees.

The professionally qualified students of Odisha, are not employed with the mining conglomerates due to various reasons. Of the total skilled & semi-skilled workforce, less than 12 per cent are Odisha domiciles. There is a skill gap and there is also an opportunity gap. I can see the implosion waiting to happen.

Odisha is at the bottom in the health index score. All the mineral-rich districts of the state are featured in the list of India’s most backward districts.

The income from mineral extraction has not benefitted the regions from where the minerals are removed. Rather poverty has increased. This has majorly affected the social fabric, owing to quick gains due to the ‘middlemen’ syndrome.

Only 10 districts get Corporate Social Responsibility (CSR) funds deployed (according to the perception of the CSR teams and not according to the needs of the communities assessed) more as tokenism.

Has the civil society of Odisha cared to conduct any social audit or impact measurement of these programmes? This is no blame game. As a part of civil society, I take responsibility of having failed in driving development away from my state.

The primary health centres could have been managed by these companies to tackle doctors’ absence, infrastructural shortcomings but they are not.

Odisha has been a pioneer in non-government management of Primary Healthcare Units (with a policy made as early as 2004-05). But CSR funds are ‘directed’ to be spent in specific agendas. The Compensatory Afforestation Fund Management and Planning Authority and District Mineral Foundation funds are lying unused.

What Odisha must do

After the auction of the mines and the commencement of mining, Odisha’s time would be ticking. Every day, there would be depletion of the natural endowment. Do we watch this helplessly or build alternate, complementary strengths?

The auctions are being pursued by all the governments with unimaginable alacrity. If this speed and interest could have been used prudently in other sectors too, Odisha would have been the leading example in the world now, of a low-income economy aiming at equitable growth in spite of being a victim of climate emergency and of a legacy of intergenerational poverty.

1. Let the mining department make public, the area development plans of the competing mining companies. This must (made mandatory) include the plans to mitigate climate emergency for which Odisha is inevitably, a sitting duck.

2. Let the communities (and specifically the Particularly Vulnerable Tribal Groups) be sensitised about the future of their lands and the future their lives in lieu of their donations (they are now made to donate their goldmines to something which they are not aware of).

Let Odisha leverage the supportive provisions laid down by the policies and be a global best practice of ‘responsible mining’.

This is Odisha’s biggest gamble and would make or break the state in no time.

Let’s wake up and take care of our home.

Charudutta Panigrahi is a policy advisor in sectoral reforms, the chairman of Forum for Integrated Development and Research, writer and political observer. This column is a personal opinion and does not necessarily reflect the opinion of Down To Earth