Pentagon report says UFOs can't be explained, and this admission is a big deal

The report does not, as many were hoping, conclude UFOs are alien spacecraft. 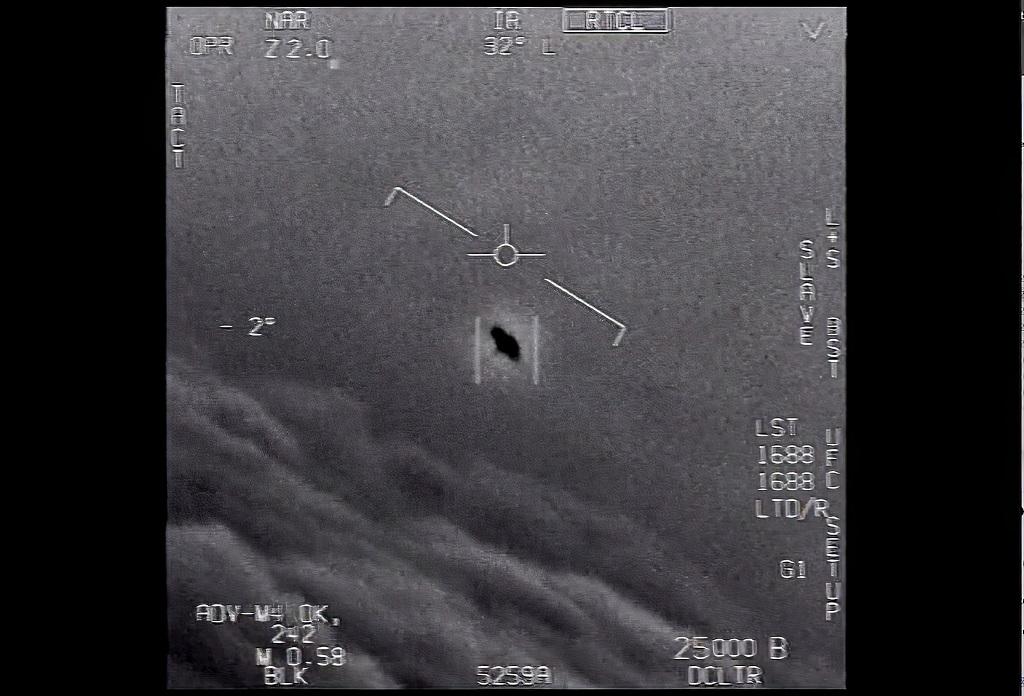 A report from the United States task force dedicated to investigating unidentified flying objects (UFO) — or, in the official jargon, UAPs (Unidentified Aerial Phenomena) — has neither confirmed nor rejected the idea such sightings could indicate alien visits to Earth.

The document is a brief nine-page version of a larger classified report provided to the Congressional Services and Armed Services Committees. It assesses “the threat posed by UAP and the progress the Department of Defence Unidentified Aerial Phenomena Task Force has made in understanding this threat”.

The report certainly does not, as many were hoping, conclude UFOs are alien spacecraft. Rather, it shows the task force hasn’t made much progress since first being set up ten months ago. Perhaps this is unsurprising, given its task.

However, the task force’s very existence would have been unthinkable to many people just one year ago. It’s unprecedented to see the broader policy shift towards the acknowledgement of UFOs as real, anomalous physical phenomena that are worthy of extended scientific and military analysis.

The report withholds specific details of its data sample, which consists of 144 UFO reports made mostly by military aviators between 2004 and 2021. Its bombshell finding is that “a handful of UAP appear to demonstrate advanced technology”.

This “handful” — 21 of the 144 reports — represents classic UFO enigmas. These objects:

These characteristics indicate some UAP may be intelligently controlled (because they aren’t blown around by the wind) and electromagnetic (as they emit radio frequencies).

No known aircraft can travel faster than sound without creating a sonic boom. NASA is currently developing “quiet supersonic technology”, which may allow planes to break the sound barrier while issuing a subdued “sonic thump”.

Some have claimed the objects are probably secret, advanced Russian or Chinese aircraft. However, global aerospace development has failed to match the flight characteristics of objects reported since the late 1940s. And it seems counterproductive to repeatedly fly secret aircraft into an adversary’s airspace where they can be documented.

How did we get here?

The report’s release is a profoundly important moment in the history of the UFO mystery, largely because of its institutional context. To fully appreciate what this moment might mean for the future of UFO studies, we have to understand how the UFO problem has been historically “institutionalised”.

In 1966, the US Air Force was facing increasing public pressure to resolve the UFO problem. Its effort to do so, then known as Project Blue Book, had become an organisational burden and a public relations problem.

It funded a two-year scientific study of UFOs based at the University of Colorado, headed by prominent physicist Edward Condon. The findings, published in 1969 as the Final Report on the Scientific Study of Unidentified Flying Objects, allowed the Air Force to end its UFO investigations.

Condon concluded nothing had come from the study of UFOs in the past 21 years that added to scientific knowledge. He also said “further extensive study of UFOs probably cannot be justified in the expectation that science will be advanced thereby”.

Nature, one of the world’s most reputable scientific journals, described the Condon Report as a “sledgehammer for nuts”. But by then the Air Force had collected 12,618 reports as part of Project Blue Book, of which 701 sightings were categorised as “unidentified”.

Unlike the new Pentagon report, the Condon Report didn’t find any UFOs that appeared to demonstrate advanced technology. The most problematic cases were resolved by being categorised ambiguously. Here’s one example:

This unusual sighting should therefore be assigned to the category of some almost certainly natural phenomenon which is so rare that it apparently has never been reported before or since.

With this strategic category in the toolkit, there was no need to acknowledge seemingly advanced technology exhibited by UAPs. Indeed, they were deliberately filtered from institutional knowledge.

Read more: The US military has officially published three UFO videos. Why doesn't anybody seem to care?

For most of their postwar history, UFO reports have been regarded by state institutions as knowledge out of place, or “information pollution” — something to be excluded, ignored or forgotten.

The Pentagon’s UAP task force represents an abrupt reversal of this longstanding organisational policy. UFO reports, made primarily by military personnel, are no longer pollutants. They are now important data with national security implications.

That said, they do still represent “uncomfortable knowledge”. As the late Oxford University anthropologist Steve Rayner observed, knowledge can be “uncomfortable” for institutions in two ways. First, Rayner said, “acknowledging potential information by admitting it to the realm of what is ‘known’ may undermine the organisational principles of a society or organisation”.

Meanwhile, he said “not admitting such information may also have serious deleterious effects on institutions, either directly or by making them prone to criticism from other parts of society that they ‘ought’ to have known”. Both aspects describe the institutional context of UFO information.

The US Department of Defence has confirmed UFOs threaten flight safety, and potentially, national security. In doing so, it has exposed a weakness in its organisational principles. It has admitted it’s not very good at knowing what UFOs are.

It also faces the criticism that seven decades after UFOs first appeared on the radar, it ought to know what they are. The new Pentagon report doesn’t compel us to accept the reality of alien visitation. But it does compel us to take UFOs seriously.