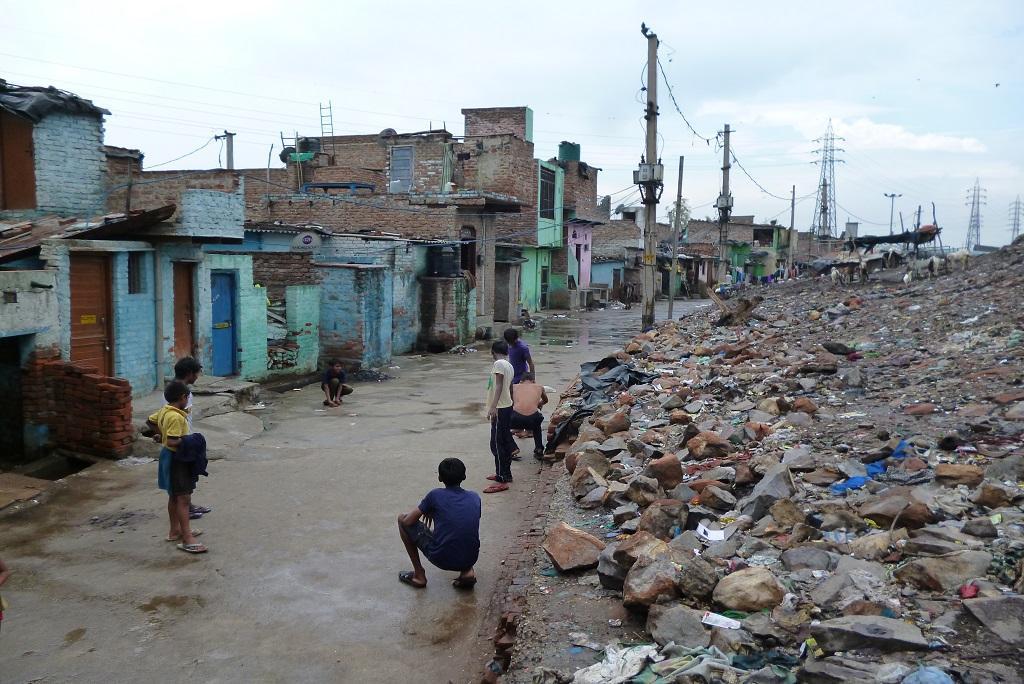 Informal settlements are areas that emerge unlawfully, either on government property or private land, thereby breaching government planning requirements. Residents often have no tenancy rights over the place they reside.

Around 41 per cent households in informal settlements depended on sources of ‘exclusive use’ for basic amenities, followed by ‘unrestricted public sources’ (25.63 per cent) and ‘common use’ (18.04 per cent), according to a National Sample Survey (NSS) study of unit-level data on urban slums.

Rather than being a public good, water in urban areas is a rival economic good since its access depends on the willingness to pay money and a certain amount of walking to obtain it.

The NSS data indicated that it is the scheduled castes and scheduled tribes (SC / ST) who largely relied on water sources outside their household premises (46.09 per cent), followed by Muslims (36.11 per cent) and other backward classes (OBC, 31.72 per cent).

Reliance on public / community toilets was highest among Muslims (12 per cent), followed by OBCs (9 per cent) and SC / STs (6 per cent).

The SC / ST community had the highest proportion of those who did not have access to a toilet, followed by Muslims and then OBCs.

Individuals often lack access to toilets because the facilities are not properly maintained for use. A functioning toilet must have regular water supply and connection to a sewerage system.

Almost 50 per cent households in informal settlements depended on septic tanks and only around 42 per cent of the households were connected to the sewer system, according to NSS data.

Excreta needs to be appropriately disposed of to prevent pollution and contamination. However, only 41 per cent households in informal settlements have claimed that excreta from their septic tanks is emptied in more than two years.

The urban local bodies are entrusted with the work of emptying tanks and pits of excreta. But the frequency of the cleaning indicates that they do not complete the task on time.

More than half of the households (around 53 per cent) depend on private agencies to get the excreta emptied and around 25 per cent depend on hired labour, the data showed.

Considering the poor quality of life in these settlements, waste mismanagement is no exception. A considerable share of households in informal settlements are denied daily garbage collection, though the garbage is generated on a daily basis.

Since these informal settlers are frequently in direct contact with garbage lying around, they are highly vulnerable to communicable diseases.

The informal private players fill the gap in providing services. Such practices raise serious concern regarding the rights and entitlements of these residents.

It also questions the State’s role in providing access to basic amenities to every citizen, since the state exists to offer its citizens basic human rights.