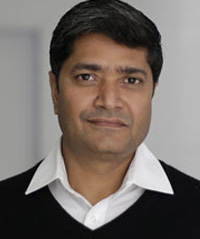 The Ministry of Environment and Forests (MoEF) has initiated discussion on regulatory reforms with the belief that setting up an independent and autonomous National Environment Protection Authority (NEPA) will solve all problems of governance.

Misguided as the belief may be, I welcome the discussion because reform in India’s environmental regulations and regulatory institutions is overdue. The ministry that clears all the major projects does not have the capacity to properly appraise projects or have the capacity to monitor them. The newly created “autonomous and independent” state environmental impact assessment authorities (SEIAAs) that clear smaller projects have become a parking lot for retired bureaucrats and have zero accountability.

The problem of the state pollution control boards (SPCBs) is one of lack of capacity, accountability, transparency and corruption. These institutions are incapable of strong action vis-à-vis compliance. Industries, therefore, pollute as there is no credible deterrence to non-compliance. These issues plaguing the country’s environmental governance are well known, but hardly any significant action has been taken to solve them.

The idea of NEPA is not new; many government reports have talked about it and some NGOs have also recommended it. But hardly anyone has critically reviewed the proposal. There is a general trend to set up a new institution when an existing one does not deliver. This is our first and only political response. We hate fixing the problem. Our analysis is poor; therefore, the solutions we devise, more often than not, are inadequate.

MoEF has put out two discussion papers on NEPA—in September 2009 and May 2010. There are differences in the two discussion papers as well as similarities. The major difference is that in the second paper the autonomous nature of NEPA has been boldly put forward; it was tentative in the first one. It seems the ministry is now convinced the solution to India’s regulatory woes is a new independent, autonomous institution, which can take over the functions of the existing ones.

Where the two papers are similar are in their diagnosis of the problems plaguing the regulatory institutions.

The papers suggest the problem essentially is lack of capacity and resources. They also mention ineffective administrative structures—especially the dual line of reporting by SPCBs and the relationship between the SPCBs and the Central Pollution Control Board (CPCB)—and extraneous influence in decision making.

If there is a problem in the relationship between CPCB and SPCBs, why can’t we change the law? Why do we need a new institution to strengthen the Central agency’s supervisory role? I believe the statutes are quite clear about the relationship and adequate powers are given under the Water and Air Act to the central government—which it can delegate to CPCB—to coordinate and oversee the functions of the state boards. In fact, the Central government has the powers to take over the functions of a state board if it thinks a state board is not doing its job properly.

As far as extraneous influences are concerned, will autonomy really shield NEPA? We need to understand the conditions under which an autonomous institution works well and conditions under which it does not. In 2006 India created autonomous and independent SEIAAs to give environmental clearances to category-B projects under the Environment Impact Assessment Notification 2006. Can we say SEIAAs are better shielded from extraneous influences? In fact, there are allegations of large-scale corruption in SEIAAs. The reason: they have no accountability whatsoever.

How different will NEPA be as far as accountability to Parliament is concerned? In this regard, the second discussion paper mentions two models—TRAI (Telecom Regulatory Authority of India) and the Prasar Bharati. The latter has a direct role for MPs to oversee the function of this public broadcasting corporation. There is a parliamentary committee of 22 MPs as well as a Broadcasting Council in which MPs are also represented. I am not sure how this model can be applied to NEPA. I am not sure a 22-member parliamentary committee will actually insulate NEPA from “extraneous influences”, when the proposal is actually to insulate NEPA from one parliamentarian—the minister for Environment and Forests.

The TRAI model is much simpler, but Parliament’s supervisory role is rather weak here.

I think the very idea of an independent and autonomous regulator is tantamount to running away from political accountability. And I am raising a much more provocative question: Do we actually need an institution with much more autonomy than what is conferred currently on CPCB and SPCB?

I strongly believe we don’t. Giving too much autonomy dilutes the checks and balances that exist in the traditional model of governance. Power corrupts; absolute power corrupts absolutely. This is what will happen if we keep creating independent and autono mous institutions in the name of good governance.

The papers also suggest reforms on the powers and functions of NEPA, recommending administrative adjudication and self-monitoring and self-regulation. The problem is not with self-monitoring and reporting. The problem is with the non-seriousness with which the regulators use the reported information. Everyone knows that most of the self-monitoring data are fraudulent. The Water and Air Acts—section 42(f) and 38(f), respectively—stipulate penalty for falsification of data. But these provisions have hardly been used.

The discussion papers talk of selfmonitoring and reporting because in India one does not use self-monitored data to prosecute non-compliance though it is widely used in the US and some European countries. The problem is not in the environmental acts and rules, but in the understanding and capacity of pollution control boards in using the environmental acts and rules in conjunction with the Evidence Act. In this context the recommendation for social audit by civil society and other stakeholders makes sound sense and will go a long way to improve compliance and enforcement.

The country has two kinds of environmental laws—green and brown. The green laws, which deal with natural resources, were written in the 19th century. These are command and control laws that make the state responsible for managing everything—forests, land, water and biodiversity.

The brown pollution laws are derivatives of the 19th century laws in the sense they too are command and control laws even though they were framed in the late 20th century.

The state has the power to decide which factory to set up and where, but invariably, it is industry that takes the decision and the state concurs. Commercial interest, therefore, overrides community interest. Both these sets of laws provide little scope for people’s participation and for redressal. How can we hope to meet 21st century’s environmental challenges with 19th century systems?

If we identify this as the major problem with India’s environmental governance, along with lack of capacity and resources, and the problem with administrative structure, then there is basis for creating a new institution. But in that case the new institution will be very different from the proposed NEPA.

India needs a reform agenda which is bottom-up to internalise the changes in the bottom to create a better top. Top-down reform will not work.

Chandra Bhushan works with the non-profit Centre for Science and Environment, Delhi