The Indian stray dog debate: Nobody is looking at the pets

The Animal Welfare Board of India’s ABC policy ignores pets and randomly vaccinates and sterilises some homeless dogs. This policy has failed so spectacularly that the board has invented ‘street/Indian/community’ dogs that are supposedly meant to live on the streets anyway 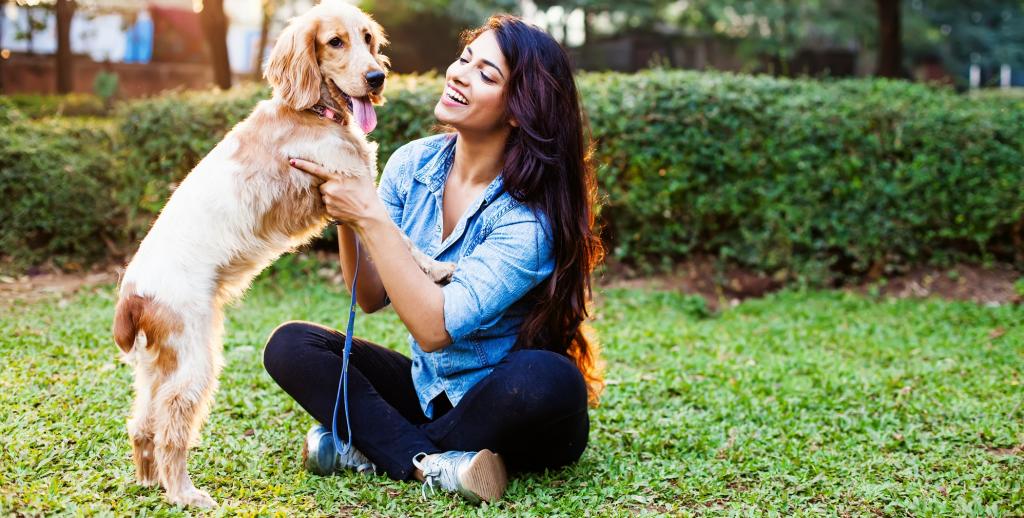 A woman with her pet dog. Photo: Getty Images

Apropos the article ‘A case for India’s stray dogs’ by Manilal Valliyate, it is surprising to see the CEO of PETA India writing such an article, when his own organisation’s official stand is that neutering and releasing dogs and cats (domestic animals) on the streets to fend for themselves is cruel and unacceptable. The CEO may want to familiarise himself with his organisation’s policies before writing about World Health Organization (WHO) guidelines.

It is wholly and completely the Animal Welfare Board of India (AWBI)’s cruel and illegal ABC policy because of which homeless dogs exist in such numbers today. Under the ABC rules, homeless pups must necessarily be born on the streets!

And the AWBI’s insistence on garbage removal, while following a policy of keeping homeless dogs on the streets, only shows that its sole control measure is to starve homeless dogs to death.

There is also no ‘Indian context’ to the WHO guidelines. The sterilisation programme recommended by the WHO was, and continues to be, for PETS.

The WHO/ World Society for the Protection of Animals (WSPA) state: “The straying population of most urban areas consists primarily of unsupervised, lost or abandoned companion animals. In these areas, it is important to limit the surplus production of owned dogs. Control of irresponsible dog ownership and education of dog owners therefore is an essential first step in the control of dog reproduction.

"Animals kept as pets are the group which reproduce most successfully, and so methods aimed at them should have the greatest effect.Strategies cannot be effective in the long term if they depend solely on reducing the number of dogs, which are already struggling for survival and do not breed successfully. These dogs may be very significant in the transmission of rabies and other diseases and so may need to be targets of control measures for those reasons.

WHO guidelines recommend sterilisation of PETS, not homeless dogs that are already struggling for survival. THIS is also why killing stray dogs doesn’t work — like ABC, it focuses on the result of the problem (homeless dogs on the streets) rather than its source (pets).

Pets are the highest contributors to the stray population. Owned dogs can live up to 15 years, Municipal dog vans will not catch them, they may produce a litter every 6 months and the entire litter is likely to survive.

Many owners don’t believe in neutering because they feel it is ‘un-natural’ to prevent a dog from mating. In India, sterilisation operations by veterinary practitioners cost between Rs 5,000-8,000. Most people cannot afford that, especially when one can leave litters near a garbage dump or a restaurant for free.

Unowned dogs on the streets have an average life span of three years, struggle to survive and have very low fecundity and litter survival rates. Consider also the problems of pet retention. People are often unable to keep their pets for their entire life span for a number of reasons — moving house, having kids, pet having litters often, other financial, behavioural space or time constraints.

What happens to these animals? In the West, these surplus/unwanted animals (mongrels and pedigrees) end up in shelters. In India, they end up on the streets (and remain there because animal organisations here seem to have an aversion to sheltering homeless animals).

That is why the WHO and animal welfare organisations around the world promote and encourage free/low-cost neutering for PET dogs. A municipality in Taiwan offers $5 to owners to get their dog sterilised. That is how much cheaper and more practical it is for the government and animal organisations to neuter and vaccinate pets and prevent surplus animals from ending up on the streets in the first place.

Only when pets are neutered, there is a reduction in surplus/unwanted dogs, lesser numbers end up homeless and fewer still need to be sheltered/euthanised. Up until the 1970s, the United States (US) was euthanising 20 million dogs and cats annually. Today, thanks to sterilisation of pets, that number is down to two-three million.

Not surprisingly, the clueless AWBI’s ABC policy is the complete opposite of what needs to be done — ignore pets and randomly sterilise and vaccinate some homeless dogs. In fact, this policy has failed so spectacularly, that the AWBI has now changed its own goal post — invented ‘street/Indian/community’ dogs that are supposedly meant to live on the streets anyway!

Except in India, nowhere else do animal activists promote homelessness of dogs with such enthusiasm and ignorance. Terms like ‘community’ and ‘Indian’ dogs are thrown about to obfuscate the issue and the term ‘homeless dog’ is avoided at all cost. However, this does not change reality. ‘Making a case for stray dogs’ is akin to making a case for misery and suffering by pretending it is a virtue.

It is completely irrelevant what PETA India thinks and how many ‘rules’ the AWBI invents. Indian laws for the protection of people and animals (thankfully) don’t allow for homeless dogs to suffer and die on the streets and every AWBI policy is being opposed and challenged in courts by citizens, genuine animal lovers and local governments.

Until PETA starts promoting the idea of homeless dogs on the streets in the US, it needs to refrain from doing so in India.

Meghna Uniyal is director and co-founder, Humane Foundation for People and Animals