Already marginalised, COVID-19 has had a huge impact on tribal groups, especially children in Koraput; but civil society is trying its best to undo the damage 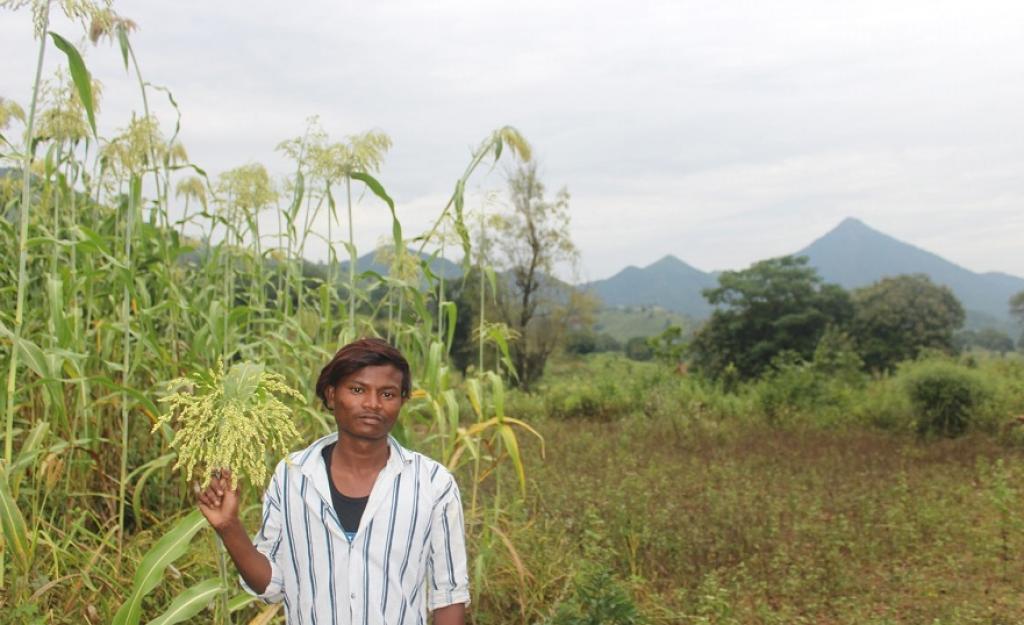 In the past few years, research studies have revealed several factors responsible for the low literacy rate among India’s tribal children. A disregard for these children’s rich socio-cultural characteristics and diverse linguistic backgrounds has resulted in poor academic performance and low achievement levels in both, their mother-tongues and mainstream languages.

Koraput district in southern Odisha falls under the Fifth Schedule Areas of the state. According to the 2011 Census, the tribal literacy rate in the district is 50.56. Of this, male literacy is 49.7 per cent and female literacy is 51.4 per cent.

According to the Annual Status of Eduucation Report (ASER) 2018, less than 20 per cent of children in standard three can read standard two level text in the districts of Koraput, Malkangiri, Nuapada and Rayagada.

It is high time to revisit the status of access to inclusive education in the remote tribal hinterlands of Koraput.

Thanks to a strategic operation collectively launched by state and central governments, one can witness various developmental projects and initiatives taking place in this area.

However, local civil societies claim that access to inclusive education remains one of the major challenges for the tribal community, with the novel coronavirus disease (COVID-19) pandemic further deteriorating the situation.

In a bid to recover from the resulting educational halts, online education has become the new norm across India. But for many tribal children in the interiors of Koraput, online mobile education proved to be a distant dream.

Madan Muduli, assistant block education officer, School and Mass Education Department, Government of Odisha, Bandhugaon block, pointed out: “Due to poor mobile network and lack of smartphones, hardly 15 per cent of the tribal students in the district can access the online classes held under the e-Suvidha Mission.”

In many areas, due to erratic network, it has become a routine affair for the students to search for accessible spots every day.

Educationists have highlighted that the mother tongue-based multilingual education (MTBMLE) approach has been ignored while designing the module for online learning.

Ronit Sabar, a Rayagada-based development professional, emphasised: “MTBMLE is the most crucial prerequisite for educating tribal children, majority of whom are first-generation learners.”

The impact of lack of multi-lingual education is multifarious; high drop-out rates amongst the tribal children is one of its many consequences. Sabar belongs to the Saura tribal community and has been working on issues of inclusive education.

In order to address these language barriers, the Odisha Government had introduced MTBMLE in 19 tribal languages for students. According to the education norms of the central government, tribal children should be educated in their mother tongue till Class V and during these five years, Odia and English would be subsequently added as second subjects. “The pandemic has drastically disrupted the MTBMLE for tribal children. We may witness huge drop-out rates in the coming years,” Sabar warned.

Despite the grim situation, there are some promising initiatives taken by international development agencies in collaboration with the government and civil societies to stabilise the disrupted education in rural and tribal areas.

UNICEF, in collaboration with the Scheduled Tribe (ST) and Scehduled Caste (SC) Department, Government of Odisha, launched the Alternate Learning and Mentorship Programme (ALMP) to bring schools to the doorstep of disadvantaged children.

Prakash Saunta, a government primary school student from Dasmantpur block said: “My teacher started visiting the village. I am studying difficult topics under his guidance.”

ALMP is implemented across all 30 districts of Odisha, with the daunting challenge of having only 4,700 teachers to reach out to 300,000 school-going children from ST and SC communities.

Unsurprisingly, unlike Prakash, many other tribal children are not as fortunate to have teachers visit their villages — 4,700 teachers are nowhere near the ideal student-teacher ratio required to provide adequate outreach to the lakhs of children living in remote areas.

Inequalities like these pose significant challenges to the continued retention of tribal students, with the pandemic further widening already prevalent gaps in their access to education.

The pandemic has also created problems regarding access to holistic nutrition for tribal children in Odisha. COVID-19 has increased the burden of food insecurity for indigenous populations due to loss of livelihoods, economic distress and lack of sufficient food and shelter.

For instance, 77 per cent of the most vulnerable tribal groups are forced to eat less now, according to a survey conducted by the Right to Food, Huger Watch. They have substantially cut down on food, compared to the period before lockdown.

It is in this context that the Kalinga Institute of Social Sciences (KISS) has been supporting the families of around 30,000 tribal students through distribution of free rations and teaching-learning materials on a monthly basis, since COVID-19 began.

This has further heightened the need to address educational inequalities alongside broader concerns like food insecurity and access to basic healthcare and sanitation products, amid the pandemic.

Rangabati Saunta (44), a Kondh tribal woman from Kanjariguda village of Lakhimpur block in Koraput district, said, “Earlier, my son was very shy in the village. Now, we can see him helping other children in their studies.”

Rangabati’s son Nabin Saunta is studying computer science (honours) at KISS. When asked what he wants to do in future, Nabin confidently said, “I want to become a software engineer. I saw a computer for the first time at Koraput. Since then, I wanted to know more about it.” 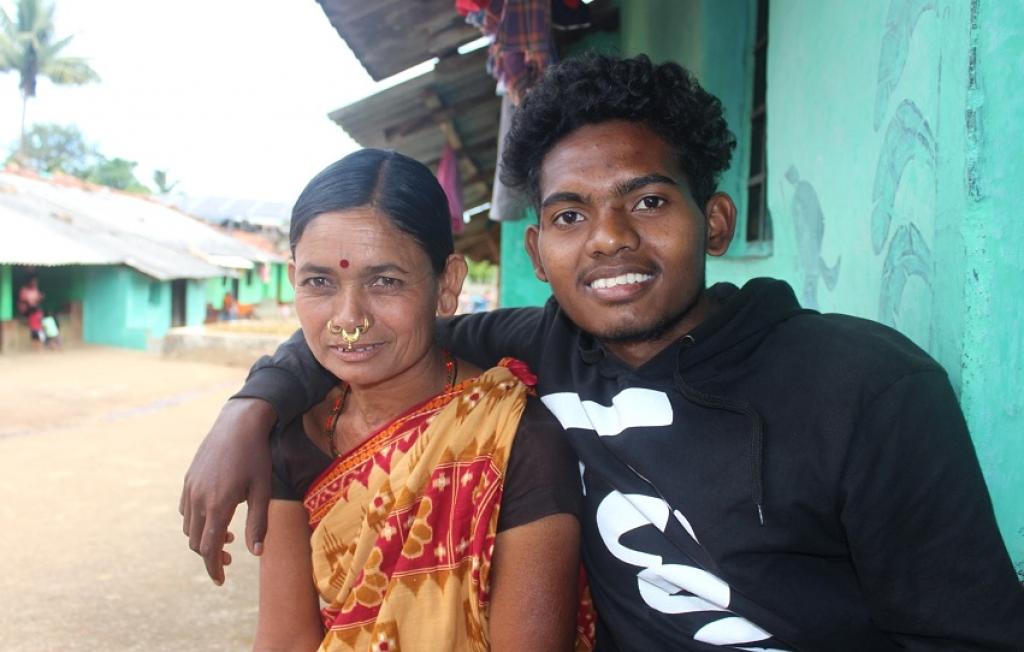 Inspired by him, many of his friends in the village are also interested in studying computer sciences, but lack the pre-requisite resources and educational facilities.

Sikshasandhan is yet another civil society organisation that has developed needs-based cultural curricula and primers for tribal children, while also establishing vibrant village libraries. It launched special classes for tribal children during the lockdown period.

With the help of volunteers and staffs, classes are organised at community halls for two to three hours every morning. “Our focus is on skill development and not just academic content,’’ said Ananta Samanta, project coordinator, Sikshasandhan, Muniguda, Rayagada. “Life skill education is key to the holistic development of tribal children,” he added.

Apart from conventional topics, children are also sensitised to maintain basic hygiene and cleanliness by using soap and sanitisers, cutting their nails and practising social distancing.

“So far, over 8,000 tribal children have benefited from these special classes,’’ Samanta said. However, there are still many grey areas.

“Language remains a huge obstacle for the attainment of education for tribal children,’’ he said. Beyond access, strategies for distance learning should necessarily also consider the pertinence of each medium of instruction for different linguistic and cultural backgrounds.

“Government should focus on developing teaching-learning materials in the local dialect considering the tribal socio-cultural milieu,” he added.

“The battle is not over’’, said Manas Mohanty, district coordinator, Koraput, KISS. “It is high time we reaffirm our collective commitment to support tribal children and their communities in these difficult times,’’ he said.

“In reality, tribal people are in dire need of access to inclusive education, basic health care service, life-saving health messages and information of the unfolding COVID-19 crisis, that may have a bearing on their lives,’’ Mohanty highlighted.