Who is Kamala Harris, Joe Biden’s pick for vice president? 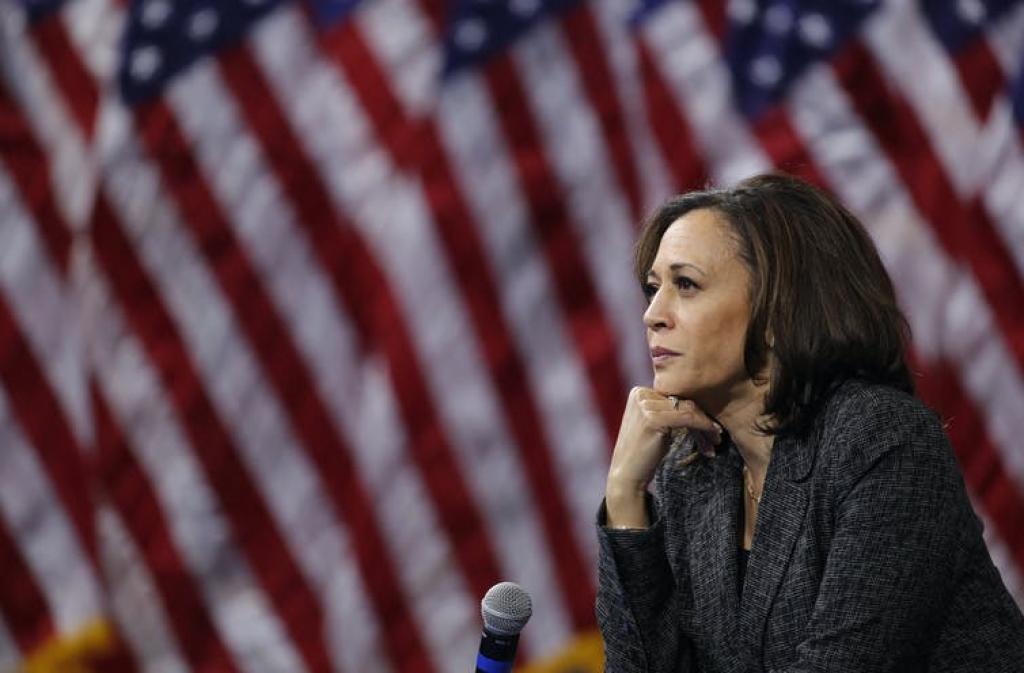 Democratic presidential nominee Joe Biden has announced Kamala Harris as his running mate for the 2020 election — the first woman of colour to appear on a major party ticket.

On the 100th anniversary of the ratification of the 19th amendment of the United States constitution, which granted women the right to vote, Harris also becomes the third woman to be selected as a major party vice presidential candidate after Geraldine Ferraro in 1984 and Sarah Palin in 2008.

With less than 90 days until the election, Harris’s selection is bound to excite many Democratic voters and bring intense scrutiny from President Donald Trump and his Republican supporters. Here’s what she can bring to the Biden campaign and where it goes from here.

Who is Kamala Harris?

The 55-year-old Harris is the middle-class daughter of an Indian-born endocrinologist and a Jamaican-born economics professor. She was raised in Berkeley, California, and Montreal, Canada.

As she described during the Democratic presidential primary debates, Harris was part of the Civil Rights-era school bussing programme as a child, which involved African American students being driven long distances to a previously segregated school.

This was a point of attack she used during the debates against Biden, whom she said opposed bussing when he was a senator in the 1970s.

In 2003, Harris was elected district attorney of San Francisco, and after adopting a tough-on-crime approach that saw the rate of felony convictions rise from 50 per cent to 76 per cent, she was re-elected unopposed four years later.

In 2010, Harris won her first statewide election as attorney-general of California and after being re-elected in 2014, she won a landslide election to the US Senate in 2016.

Harris is married to attorney Douglas Emhoff and is step-mother to his two children.

She also has first-hand experience with government policy aimed at addressing racial inequality in education.

She will almost certainly be called the “law and order” candidate, and as has been seen in the Senate, her courtroom experience makes her a formidable public speaker.

What does Harris bring to the campaign?

There are two groups of voters that Biden needs to win over: Whites and non-voters.

During the 2016 presidential election, the PEW Research Centre found that 54 per cent of female voters voted for Hillary Clinton, compared to 38 per cent who voted for Trump.

What this means is that without a black or Hispanic candidate on the 2016 ticket, the Democrats still overwhelmingly won those voters. The campaign needs to win over more white voters and non-voters.

Just 39 per cent of whites voted for Clinton overall in 2016, with white men choosing Trump by a wide margin (62-32 per cent). Clinton fared slightly better among white women, but more still voted for Trump (47-45 per cent)

In May, Biden pledged to name a woman as his running mate, and following the nationwide protests sparked by the police killing of George Floyd, he came under immense pressure to choose a Black woman.

Faced with a diametric decision, Biden’s selection of Harris tells us his campaign has decided to focus on winning over non-voters. Non-voters are generally less white, younger and more likely to be women and favourable to Democrats.

Biden may bring in more white voters than Clinton anyway, given his background. Part of his appeal has long been his image as a “regular Joe” from a working-class upbringing. Where Barack Obama was sometimes viewed as aloof, Biden, his vice president, was seen by many as a link to the Democratic Party’s blue-collar roots.

Choosing which group of voters to target is always a gamble, however, because as we saw in 2016, Trump does not need to secure the most votes to win the election. The New York Times has suggested he could lose the popular vote by an even bigger margin in 2020 and still win.

Where does the campaign go from here?

By having a woman on its last two presidential tickets, the Democratic party is continuing its progressive political shift from the domain of white men — in contrast with Republicans.

This campaign will be all about Trump, and much of Harris’s focus — and her prosecutorial combativeness — will be aimed at him.

This could prove challenging for the campaign, because as a woman, Harris will be held to a different standard than Trump, Biden and Vice President Mike Pence. Her greatest challenge could be to overcome any backlash that comes from being too aggressive in her attacks against Trump — similar to what Clinton faced in 2016 — as well as the inevitable sexist media coverage about her clothes, appearance and demeanour.

Read more: Joe Biden has a long list of qualified female VP candidates. So, who will he pick?

Perhaps Harris’s greatest attribute — and her biggest contribution to the ticket — is her experience. The biggest criticism of John McCain’s selection of Palin as his running mate in 2008 was that she was not ready to assume the presidency if needed.

Few people will doubt Harris’s capacity to do that should the need arise. And with 77-year-old Biden himself suggesting he may only serve a single term, his vice president could very well become the Democratic front-runner in 2024.

Trump supporters are unwavering, though. Those who will vote for him on election day decided that a long time ago.

Harris will be tasked with endearing herself to voters who usually vote Republican but do not support Trump, encouraging them to vote for her party rather than stay home on election day.

Despite the initial excitement around their selections, Ferraro and Palin were regarded as significant factors in the losses by the Democrats in 1984 and the Republicans in 2008, respectively.

Now, Biden has to hope his pick proves to be a winning one.