Will Biden dare to use march-in rights? 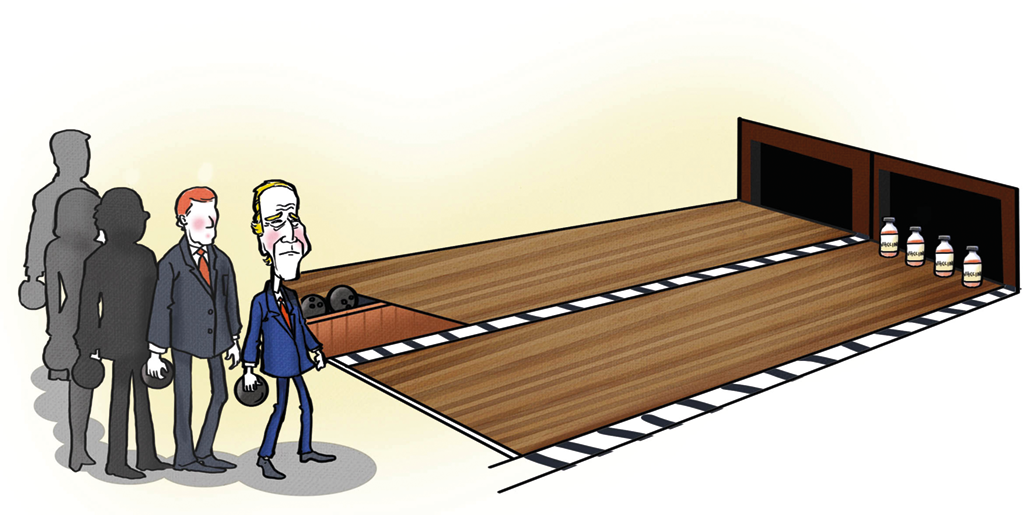 The public campaign against patent policies in the United States is important for the rest of the world. It is the Washington model that has set global standards for the stifling monopoly rights enjoyed by innovator drug companies.

So when a group of leading public organisations recently asked the US Secretary of Health and Human Services Xavier Becerra to use his executive power to override patent rights on six important therapies, it signals the growing pressure on the US administration to curtail monopoly patent rights on the drugs it helps to develop — either through research collaboration with the National Institutes of Health (NIH) or public funding. Such a measure would widen access to life-saving medicines and reduce their prices.

The COVID-19 pandemic has prompted health activists to pursue such a strategy, spurred by the dispute between NIH and Moderna Inc over patent rights to the biotech company’s mRNA COVID-19 vaccine. Moderna’s vaccine was developed in collaboration with scientists of NIH who had earlier done the vital groundwork on mRNA technology, the reason why the vaccine could be developed in a short time.

Yet, Moderna excluded key NIH scientists when it filed patent claims on the vaccine allowing it to rake in huge profits. Who really owns the intellectual property rights (IPRs) on the vaccine is a vital question in these pandemic times. If NIH insists on its innovator rights, that means the public organisation can license the technology to companies of its choice, in addition to receiving a share of the $18 billion profits that Moderna is forecast to earn this year.

NIH scientists involved in the development of the vaccine are understandably incensed by Moderna’s heist. The head of NIH has indicated that the dispute is headed for the courts. However, the US administration is holding back because of the clout of the pharma industry.

The representative organisations of the big innovator companies are among the most powerful lobbyists on Capitol Hill, easily influencing policymakers by bankrolling their elections; a notable beneficiary being Hillary Clinton.

The Biden administration’s response to the consumer and health organisations' demand that it use its march-in powers to curb monopoly rights will have a significant impact on how the world deals with the pandemic.

On the global front is the demand that the World Trade Organization (WTO) suspend its malign Agreement on Trade-Related Aspects of Intellectual Property Rights (TRIPS), proposed by India and South Africa in October 2020 and backed by over 100 developing member-states. It has made little headway because of the opposition of the EU and several other rich nations such as Japan and Switzerland.

The US is ostensibly in favour of the TRIPS waiver, but in a restricted manner and with several caveats. But it was clear from the start that President Joe Biden was unlikely to upset drug giants who are making extraordinary profits from the pandemic.

Big Pharma, including vaccine-makers like Pfizer Inc and firms such as Gilead Sciences that offer therapies to treat the deadly SARS-CoV-2 virus, are predictably dead set against waivers. They have maintained relentless pressure on Washington not to yield at WTO.

The use of march-in rights, embedded in the US law, is the new front against Big Pharma.

In a detailed letter to Becerra, the Make Meds Affordable group has underlined the crushing effect of high drug prices on the lives of Americans. It says one in four Americans, especially in the “black and brown communities”, are unable to afford their drugs and have to make “impossible choices between medicines and other necessities”.

Reminding Becerra that he has the power under existing law to expand affordable medicine access, the group has called on him to override patent rights on six important therapies for cancer, COVID-19, HIV, Hepatitis C, diabetes and asthma that critics claim are too costly for patients to afford. Exercising such executive powers could be transformative for public health.

The lot of millions of Americans is pretty dismal, because they pay 2.5 times more for prescription drugs than people in other countries. In fact, pharma giants earn more profits from the sale of the 20 top-selling drugs in the US than from the rest of the world.

This is a strange situation, considering the substantial role that public funding pays in facilitating the development of new medicines. The NIH alone spends $40 billion on research and development (R&D) each year, setting the foundation on which medical research is built.

Make Meds Affordable argues that once monopolies end, robust generic competition can bring prices down. A study by the US Food and Drug Administration has found that allowing just six generic producers to enter the market can lead to price reductions of 95 per cent.

An egregious example is Xtandi, a wonder drug for prostate cancer which was developed at University of California, Los Angeles (UCLA) with substantial funding from the Pentagon and NIH. Although UCLA has profited handsomely from the royalties it earns — more than $520 million at the last count — consumers are paying through the nose (about $200,000 a year) for the drug produced by Pfizer and Japanese company Astellas Pharma. A single 40 mg capsule can cost as much as $100.

Sensing the threat posed by Make Meds Affordable's demand, pharma companies have rallied to squelch any action by Becerra. They have put together a large counter-attack group of IP lawyers, academics and R&D organisations to warn that dismantling the IP system would weaken the “strong, predictable” patent protections they claim are critical for the fast development of new COVID-19 vaccines and drugs.

In India, where the situation may not be similar, the government has been reluctant to use the flexibilities in the patent law to make COVID-19 drugs despite the nudging of the court.

In an affidavit filed in the Supreme Court, the Narendra Modi government said it preferred to opt for voluntary negotiations with the drug manufacturers instead of resorting to compulsory licences (CL) although these are TRIPS-compliant. It said the use of CL “can only prove to be counter-productive at this stage”.

The pusillanimity was obvious. It said “any discussion or a mention of exercise of statutory powers either for essential drugs or vaccines having patent issues would have serious, severe and unintended adverse consequences” on India’s efforts made on a global platform. The reference was to its TRIPS waiver plea at WTO. In the event, India has lost out twice over. Such is the power of the pharma industry.