Folk knowledge is a treasure that has been passed on by word of mouth. It needs to be protected and documented before it is lost 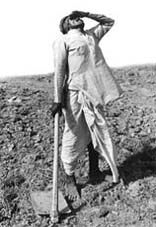 Coming from Almora, I am acquainted with Kumauni folklore. There are numerous references where appearance of particular birds and flowering of particular plants are taken as markers of new seasons. The effects of winds of a particular direction are predicted. Snowfall on wheat fields is considered good for the crop. Time is accurately determined through observation of stars.

In the Nanda folklore (Anthu), curses and blessings on the pine and the oak are basically descriptions of the respective ecological properties of these trees. The severity of winter snowfall is predicted by observing which part of the tree - top, middle or bottom - the crow makes its nest. In Kumauni folk medicine, the semen of a local fish (Schizothorax) is considered a potent medicine for leucoderma, which, in allopathy, is an incurable disease.

Even geological observations are not a monopoly of modern western science. There are numerous examples of accurate geological observations in the garb of legends and myths. The geological history of the Kashmir Valley - of the vast sea that was formed and was drained out by the Jhelum - is recorded in the Nilmata Purana as the fights between the gods and the demons. Similarly, the braiding of the Satluj is recorded in the story of Vashishta trying to commit suicide and the river breaking into hundreds of channels - hence called Shatadru.

The recession of the sea is recorded in the legend of Parashuram who threw his parasu to push back the sea. It is obvious that humans were around and observed such geological phenomena. They transmitted their knowledge to posterity by word of mouth, garbed in the form of legends and myths.
Ward Goodenough has reported about the navigational skills of the atoll dwellers in the islands of Micronesia. He says, "Several things stand out about Carolinian navigational knowledge. It contains a massive amount of discrete information, which, in the absence of writing and reference books, has to be committed to memory."

In Canada, scientists who study the Arctic region, have now realised the value and validity of Inuit science. Bielawski finds that the most significant difference between the western, Arctic, and the Inuit sciences is that in the latter humans have a specific place in nature and are inseparable from nature, while Arctic science does not. One has to remember that the Inuit knowledge is formed through 'doing', 'hearing about it' and 'being there' - all interactive and personalised forms of knowledge transmission.

Thus, folk knowledge and systems can be very demanding on human mental faculties, as also very elaborate, logical, and rational - no less than western science. But western science need not judge these knowledge systems with its own yardstick. Folk knowledge was generated through millennia of observation and experimentation, trial and error, and is a more eco-friendly system of knowledge, in which humans are a part of nature as nature is part of their being. And therefore, in this system, there is no exploitation of nature but a symbiotic relationship with it.

An ancient land, India is rich in folk culture and traditional knowledge systems. These knowledge systems need to be studied, documented and preserved, before they are lost under the onslaught of western science and development projects.