Has the slump in monsoon really ended?

The all India rainfall deficit is down to 25 per cent as of July 23, showing an improvement in the rainfall scenario. But will the 'run rate' of the monsoon be high ahead as well?

The all India rainfall deficit is down to 25 per cent as of July 23, showing an improvement in the rainfall scenario. But will the 'run rate' of the monsoon be high ahead as well?

The all India rainfall has improved significantly from a departure of -41 per cent  last week to -25 per cent in the period from June 1 to July 23.

Some may conclude that the monsoon is really performing well now in all the parts of India but is it ?

As in the case of a cricket match, there are fixed balls in an innings in monsoon. The balls here are the days—the approximately 122 days span from June 1 to September 30, which is the period when the monsoon bats its innings in India. So every day is a match for the monsoon and hence to create a good score (total rainfall) in its long innings, these players (four meteorological divisions) have to deliver well in these four months. However, it's not necessary that all the four divisions will be witnessing good rainfall throughout the season just like it's not necessary that all the eleven batsmen of the team will score well. Even if a single player performs well in the innings when others have failed, the score (rainfall in India) will go high. This is exactly what is happening in India since the last week.

Man of the match : Central India

Low pressure systems from East Asia/Bay of Bengal are cruising through Central India and are helping this division to perform well. During every monsoon, such low pressure systems (referred as monsoon depressions by IMD) are triggered either by the typhoon activities (mostly in South China sea) or by thunderstorms organising in northern Bay of Bengal. The winds at the upper layers of the troposphere (lowest part of the atmosphere where the weather systems exist) take such low pressures through Central India and en route they bring heavy rains and floods in Odisha, Chattisgarh, Madhya Pradesh,Vidarbha, northern Maharashtra and sometimes up to Gujarat and west coastal Maharashtra. These places together comprise the central India meteorological division. So when a low pressure brings rains, the performance of this division improves significantly despite the other divisions undergoing a slump. 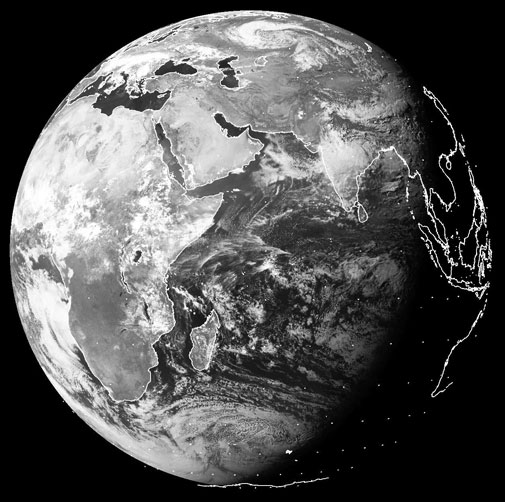 The reason that all India rainfall deficit gradually decreased from 43 per cent to 25 per cent is two low pressure systems from Bay of Bengal which happened to travel through Central India. One did its job last week and another one just finished its job, which was really an intense one;  many places got rainfall up to 200mm in a span of 24 hours.

Though the statistics suggest improving rainfall in India as a whole, things are still bad in many parts. Between June 1 and July 23, 53 per cent area of India has seen deficient rainfall (-20 to -59 per cent rainfall ), 7 per cent has seen scanty rainfall (-60 to -99 per cent ) but 40 per cent of the country saw normal rainfall (-19 to +19 per cent).

On the other hand, monsoon is really doing well in Jharkhand where departure is -8 per cent now, -1 per cent in Odisha -4 per cent in Chhattisgarh,Tamil Nadu and Puducherry,-3 per cent in interior southern Karnataka, and +4 per cent in Andaman & Nicobar Islands.

Will the monsoon make up for the entire deficit?

To make up the entire deficit in true sense, all the four players have to perform really well in the remaining 68 balls (68 days of the season) and all eyes will be on the man of the match—central India. In the past 113 years (1901-2013), there has been more rainfall in August as compared to July in 60 seasons in central India and 61 in India as a whole.  So probability-wise, there is a good approximately 53 per cent chance that the rainfall will be better in August as compared to July but what will really happen will be difficult to make out as weather models don’t give a month-long forecast. Even if north, east and north-east India continue to be in slump and central India keeps performing well (that is 3 or 4 more such low pressures strike in the remaining period) along with the partnership of southern India, the deficit in the all India rainfall will likely vanish or become insignificant. If this happens, monsoon will be statistically better in entire India but many places will witness the problems due to less rains.

So the improvement in the rainfall should be taken as a good news for a short time only as anything can happen in the remaining 68 balls which can’t be accurately forecast in advance.

Rainfall will be on a decrease now in India as no low pressure system from Bay of Bengal is expected to turn up at least in the next three to four days; so central India will witness cloudy weather and light rains in the next five days, with maximum temperatures close to 30°C. Rains will be on a decline in the interior parts of southern India but rains will continue in north-east India.

Maximum temperatures will be rising again in north India with temperature in places like New Delhi touching close to 40°C. Hissar and other places in Haryana, Punjab will touch 40°C again till July 27. However, thunderstorms and rains is likely cool down the regions from July 27 to about July 30.

Problems arising from intense rains and bad weather will recur in Amarnath and Char Dham pilgrimage routes from coming Saturday.