He who pays the piper calls the tune 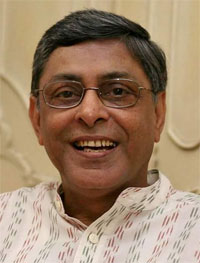 Conflict of interest is relatively a new term, despite a long history of the underlying concept. The first appearance of the term in ethics codes dates to as early as the 1970s. Thereafter, the medical literature started paying serious attention to the topic. Now, the term is commonly used in across the world.

The concept comes with “duty of loyalty”, a term used in corporate law to describe a fiduciaries' "conflicts of interest” and puts the corporation's interests ahead of their own. Similarly, government officials/representatives can be considered in a position of trust for their duty of loyalty to the citizens of the country—to do public good both ethically and legally obliged to work in the interest of public, which pays for them or brings them to power.

There are several forms of conflicts of interest in public policymaking. These are inclusion of “experts” from industry in regulatory bodies; the revolving door phenomenon, which means policymakers and government officials move in and out of industry that they regulate; incentives to policymakers and regulators, including payment of their salaries; ownership of stocks and shares by regulators of the companies they regulate; presence of private sector experts in policy making/recommendatory bodies such as National Technical Advisory Group on Immunization (NTAGI), etc.; and institutional conflict of interest in public private partnerships (PPPs).

Clinical Trials on HPV vaccine, jointly led by PATH, a US based organisation with interest in HPV vaccine promotion, and the Indian Council of Medical Research (ICMR), had raised several doubts. The Parliamentary Standing Committee on Health and Family Welfare showed conflict of interest in this. It was quite scandalous that the country’s premier All India Institute of Medical Sciences (AIIMS) was involved in this through one of its departmental heads.

In 2013, when we asked the Union health ministry of it has guidelines to prevent conflict of interests, the response was negative. This show the government is not concerned about the issue.
Take the tobacco issue. Responding to RTI queries, Union health ministry said that they follow the Framework Convention on Tobacco Control; its article 5.3, in its general obligations, clearly states that “parties in setting and implementing their public health policies with respect to tobacco control, shall act to protect these policies from commercial and vested interests of the tobacco industry”, and it offers detailed guidelines on conflict of interest for the Member States regarding measures to do so. But the Indian Tobacco Board (ITB), which was instituted under the Union Ministry of Commerce through a Parliamentary Act, uses public money to subsidise the tobacco industry and promote tobacco use. In several such related issues, the government itself ends up not following its guidelines. The graveness of the matter can be gauged from the fact that following the recent controversy on tobacco, Prime Minister Narendra Modi asked MPs to stay out of Parliamentary committees that deal with the same subject where their business interest lies.

The National Health Research Policy actually fosters conflicts of interest. Is it not a joke that the institution’s objective is to encourage PPPs but it does not guidance on conflict of interest?

More recently the National Technical Advisory Group on Immunization (NTAGI) made a declaration of conflicts of interest mandatory, but private players, such as Gates Foundation, continue fund NTAGI’s secretariat. It is being managed by Public Health Foundation of India (PHFI), which is a private organisation, funded by the government and several private players.
Therefore, public policies risk public interest, and the health of people.

What can you do to check these?

In the era of privatisation and global push to PPPs, there must be some checks and safeguards for public interest.

A Private Member Bill moved by Nachiappan, Rajya Sabha MP, is coming up for discussion in Parliament on April 24, 2015. This is a big opportunity for policymakers. It should be discussed and passed by Parliament.

This can be a beginning of the new era in the history of governance in India. It can help root out corruption and make fundamental correction in policymaking.
Mr.Prime Minister you had put it on your 17-point agenda in July 2014. Hope you remember. Now you can have it and lead from the front.

Some definitions of conflict of interest.

Arun Gupta is convener of Alliance Against Conflict of Interest