Only a few months into the pandemic, the president declared Tanzania COVID-free following three days of national prayers. The argument was that people should trust in God 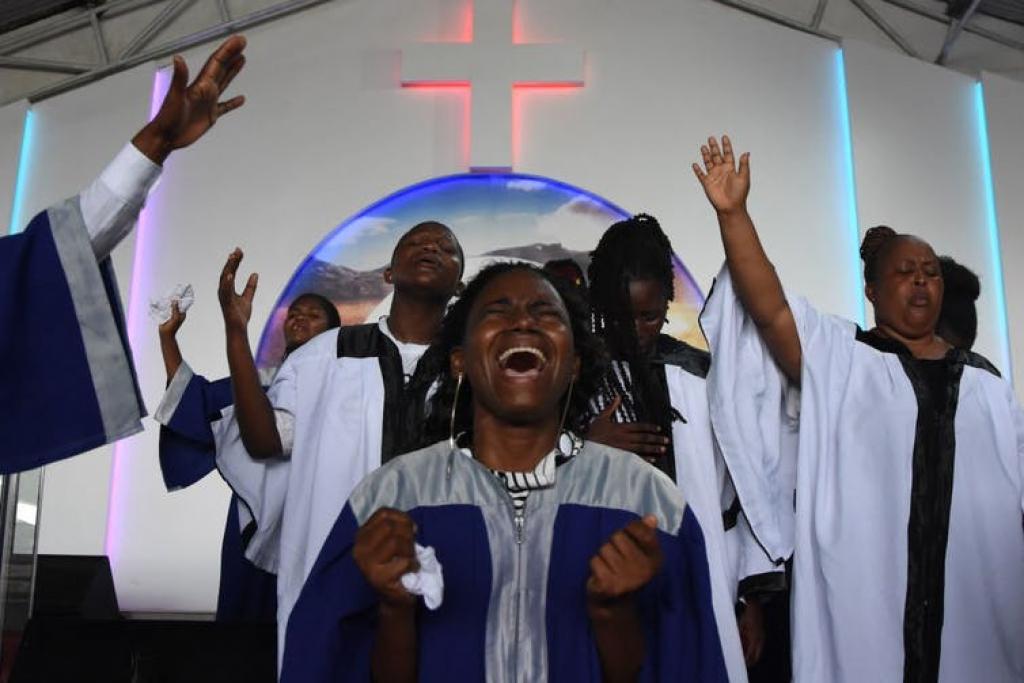 Tanzania’s health minister said earlier this month that the country has no plans to procure COVID-19 vaccines. Moina Spooner, an editor with The Conversation Africa, asked Catherine Kyobutungi to explain Tanzania’s COVID-19 response and why it’s problematic.

Why has the decision been taken not to vaccinate?

Tanzania has had a unique approach to controlling COVID-19. Only a few months into the pandemic last year, the president of the country, John Magufuli, declared Tanzania COVID-free following three days of national prayers.

The argument was that people should stop living in fear and that they should trust in God and rely on traditional African remedies to prevent getting the virus. It may be the only country in the world that has taken this approach. It goes against everything that has been recommended by scientists, other national health agencies and the World Health Organisation (WHO).

It’s therefore not surprising that the authorities have said that they do not have plans to vaccinate the population against COVID-19, at least for now.

No, because a vaccine may not be used in the country without it being registered and licensed for use. The normal process is that experts in the country, together with regulatory bodies, review the data about the vaccine and approve its use if they are satisfied about its efficacy and safety.

For the COVID-19 vaccine, this is being done through the WHO Emergency Use Listing procedure. The review is done by an international team of experts with participation of experts from national authorities.

If Tanzania refuses to register the vaccine for use in the country, it will not be accessible to anyone.

Other Tanzanians that could access vaccines are border communities who, in the past, have crossed over to neighbouring countries and benefited from vaccination programmes. This may be the case if and when widespread vaccination starts happening in Kenya, Uganda, Rwanda and Malawi.

But that’s a couple of years from now.

There is still a chance that Tanzania could register and import the vaccines in the future. Magufuli has been sending mixed messages. On one hand, the government has said that it doesn’t plan to order vaccines through COVAX – a global initiative aimed at equitable access to COVID-19 vaccines – or any other mechanism. Indeed, the recently released COVAX allocation has zero doses for Tanzania.

On the other hand, he has said that Tanzanians should only trust those vaccines that have been reviewed by Tanzanian experts and found to be safe.

Does Tanzania have a history of vaccination resistance?

Not that I am aware of.

Tanzania, like other countries, has implemented routine vaccination programmes. These mostly target children below the age of five against diseases like tuberculosis, polio, whooping cough, measles, rubella, and diphtheria. In recent years these expanded to include vaccines again bacterial pneumonia, diarrhoea and hepatitis B.

Vaccination coverage (the percentage of people who receive the vaccine out of the target population) in Tanzania is very high: around 80 per cent-90 per cent. This means that there isn’t a history of vaccine resistance.

What’s different in the country compared with neighbours like Kenya and Uganda?

Kenya, Uganda, Rwanda and Malawi have all frantically been trying to get their hands on COVID-19 vaccines for their citizens. They have all participated in the COVAX facility, and have developed vaccine rollout plans, costed them and submitted them. Rwanda has even gone ahead and obtained vaccines outside the COVAX facility.

All four countries have also started communicating to the public about these plans. For instance, they’ve said that the first round of allocations will be prioritised for healthcare workers and high risk members of the population.

If the countries which has been aggressively looking for vaccines are so far behind, imagine a country like Tanzania which at this time has not even started.

What’s the risk for the country and the region?

The risk for the country is already evident. The approach taken by Tanzania has allowed the virus to spread unchecked in the population. All of a sudden, people are dying of what is being labelled as “pneumonia” and “breathing difficulties”.

People living in Tanzania aren’t sufficiently prepared or protected: there are no protocols for what lay people should do if someone falls sick to prevent the virus spreading. Most information is about steaming – to prevent COVID-19 – but that does not stop the virus spreading from person to person.

The second biggest problem is the impact on healthcare workers. Even in countries where stringent measures have been put in place, healthcare workers have fallen sick and many have died. Misinformation in Tanzania could mean health workers don’t take enough precautions in outpatient clinics, emergency rooms and even wards when taking care of patients. With healthcare workers falling sick, other health services are bound to be affected.

The biggest danger to the region and the world is two-fold.

First, as long as there are COVID-19 cases in Tanzania, it is impossible for neighbouring countries – with which it shares porous borders – to be COVID-free.

Second, and perhaps more importantly, is the risk of new variants developing in the country when no one is keeping track. New variants emerge because of uncontrolled spread.

If, down the line, a new variant emerges in Tanzania, the danger is that it could spread across the region and invalidate vaccinations that may have taken place if they’re not effective against that variant.

The pandemic will not end for anyone, anywhere until it is controlled in every country. Tanzania’s approach will make it that much harder for normality to return.