A week of arrogance and distrust

An interdependent world can’t be an inequitable world. We are seriously off track on many counts, writes Sunita Narain 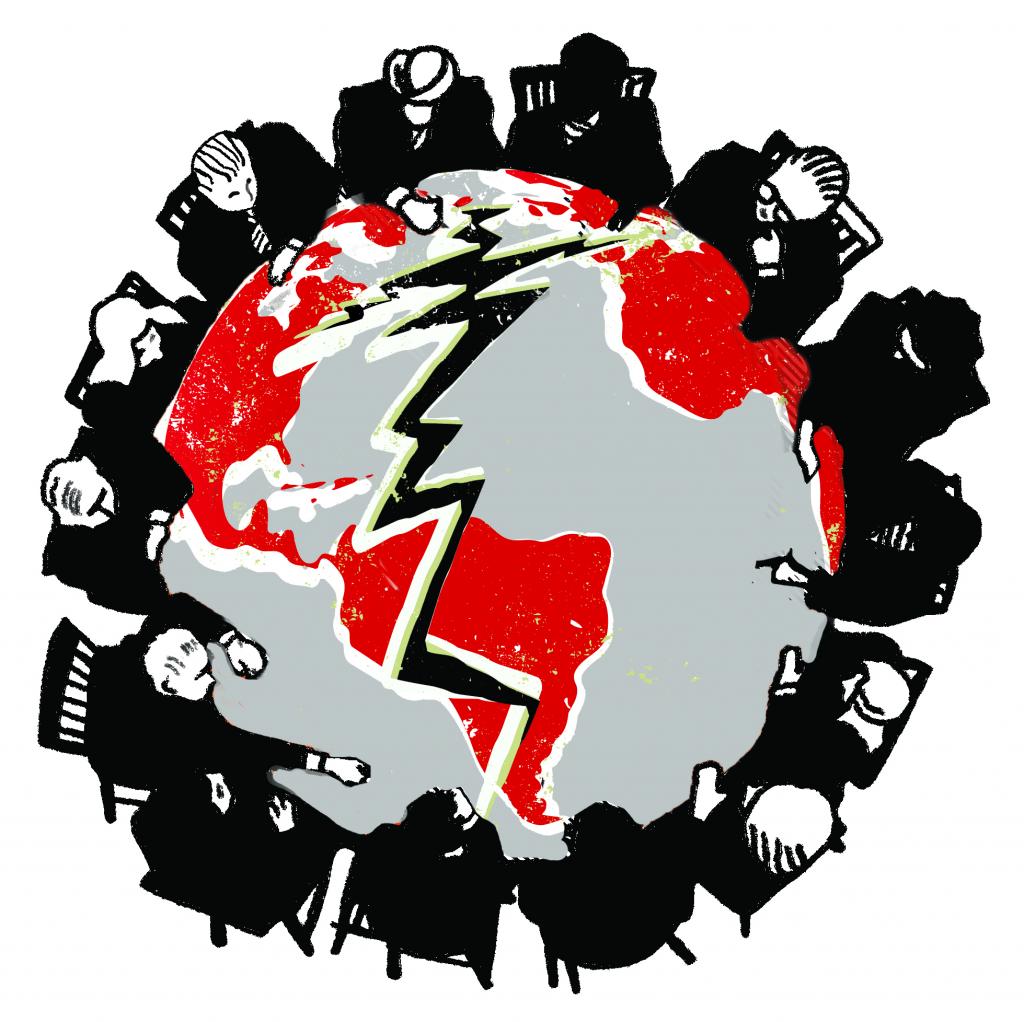 A week is not long enough to make an assessment of our times — but not anymore. Our times are filled with events that show us the mirror of the present and the future. This past week, the world has seen an ugly spate breaking out between Western democracies — France pulled out its ambassadors from the United States and Australia over a lost contract to make war machines.

It’s not just about commerce, but about the new security alignments. US President Joe Biden speaking at the United Nations General Assembly hinted at the possibility of a new Cold War and his Chinese counterpart rebutted that there was none. But for once, it was out in the open.

From Texas, we have seen images of scores of Haitians desperate to enter the US, at any cost. The exodus from this island country is the result of economic ruin and messed-up governance, all combined with the devastating earthquake that hit it a month ago and the increasingly frequent tropical cyclones. This is how climate change impacts will exacerbate an already bad situation.

Then we heard the grandstanding announcement by Chinese President Xi Jinping that his country would not support the building of coal power projects overseas. However, he made no mention of the fact that China would not build new coal power plants in this decade — China’s use of coal is gargantuan, in spite of all the talk of renewable power. He also said that his country’s emissions would peak before 2030, but gave no deadline.

Given the fact that China will continue to occupy some 30 per cent of the available carbon budget in this decade, this should be too little and too late. Worse, it will add to the global inequity as countries in Africa are already energy-poor. Unless someone is willing to give additional funds for more expensive energy systems, this will only make them worse off.

The UN Secretary General António Guterres is right when he says that “our world has never been more threatened, or more divided”.

The United Kingdom is the host of the 26th Conference of the Parties (CoP26) to the UN climate convention. This is a critical meeting, held after two years and coming at a time when the world is acutely aware of the impacts of a changing climate.

In this past week, there have been renewed threats of wildfires in the US; extreme rains in India have meant that drought warnings have turned into flood relief efforts. It is now certain that climate change is here and that impacts will get only worse, indeed catastrophic.

UK Prime Minister Boris Johnson and his colleagues are evangelists, pushing and prodding governments, including India’s, into action. The question is how unvaccinated delegates from poorer but much more vulnerable countries will get to COP26.

The UK has offered vaccinations to the registered and in-mind delegates. But currently, it is not clear who will get there and how. An exclusive club of rich polluters cannot solve the climate change problem — this one needs the voice and participation of all.

This speaks again of the massive inequity in distribution of vaccines to the novel coronavirus disease (COVID-19) — the rich world is more or less vaccinated; but 99 per cent of Africa is not. The rich world is talking of booster shots, even as the poor have not received even one shot.

This week, WHO head Tedros Ghebreyesus said that only 120 million of the pledged 1 billion doses of COVID-19 vaccine had been made available for distribution through the global vaccine initiative covax. This week, also, Joe Biden said that his country would give an additional 500 million doses — topping up the 500 million pledged before.

But the sheer mindlessness of the global vaccine strategy lies in the fact that the rich world has bought and hoarded huge quantities of vaccine. These will expire soon if not used fast. In the next weeks some 240 million doses will need to be junked.

Then closer home, India was told off by the UK — the same country, which is extolling the cause of global cooperation for climate change — that the vaccine an Indian company manufactured, licensed from a UK-Swedish pharma major, was not good enough to be allowed into the country.

Then, when this became too obvious a slight, the UK said it does not trust the Indian vaccine certificate and so, Indians, even if fully vaccinated, will need to quarantine. This is clearly a slippery slope, as this means each country will have the right to decide whose vaccination is up to the mark and whose not.

I am not even getting into the fact that India has a track record in immunisation that can beat most Western countries. The problem is arrogance and distrust further divides nations. This is when we know that an interdependent world cannot be an inequitable world. This week has told us that we are seriously off track on many counts.