Stunting among children below five did not improve at all; child obesity increased across several states 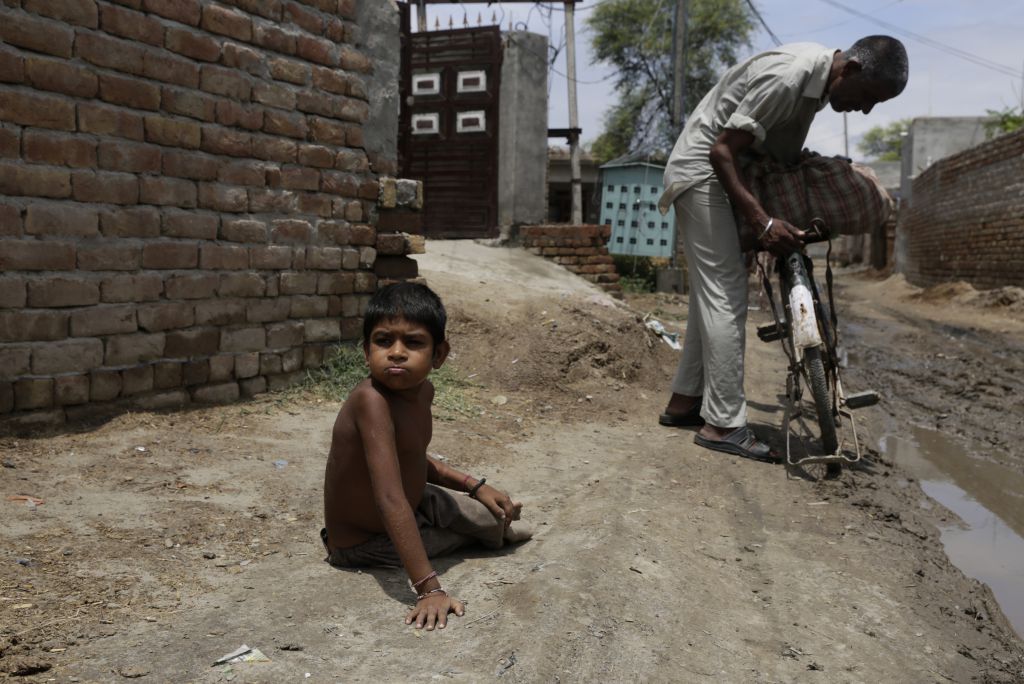 Chronic malnutrition or stunting among children below five years did not improve at all while acute undernourishment or wasting worsened in the last half-a-decade in a majority of the surveyed states and Union territories (UT), according to the latest round of National Family Health Survey (NFHS-5).

Child obesity also increased in several states. The survey, in its first phase, collected data from 22 states and UTs for 2019-20.

The percentage of children below five that are stunted (short for their age) according to the World Health Organization (WHO) norms, has not shown any significant improvement since 2015 in all surveyed states and UTs except Bihar and Manipur where the decline was nominal.

The most significant increase in stunting was found in Tripura and Telangana. While each of the surveyed states and UTs reported 22 per cent or more stunted children, Meghalaya and Bihar topped the charts with more than 40 per cent children stunted.

More than half the surveyed states reported every third child below five suffering from chronic malnourishment. Though the prevalence in Kerala was the lowest after Sikkim, the state saw marginal increase of 3.5 percentage points in the last five years.

The prevalence was greater in rural areas than urban across all surveyed territories, except in Jammu and Kashmir. Every second child of the age group was stunted in rural Meghalaya. Majority districts of Bihar and Meghalaya and a few districts of Gujarat were the worst performers.

At least eight out of 342 surveyed districts registered more than 50 per cent prevalence of child stunting.

Acute malnutrition among children under five increased significantly in Nagaland, Manipur, Mizoram, Assam, Telangana and Bihar, whereas Karnataka registered noteworthy decline. Every fourth child in Bihar, Gujarat and Maharashtra, and every fifth kid in Assam, Telangana, West Bengal, Karnataka, Nagaland, Goa and Jammu and Kashmir are thin for their age.

Mizoram, Manipur, Meghalaya and Sikkim and Kerala were the best performing states while Maharashtra, Gujarat and Bihar followed by Assam and Telangana were the worst performers in terms of tackling acute child malnutrition.

Rural areas showed high prevalence than urban areas in most surveyed states and UTs and the divide was not wide. Considering the pan-Indian scenario, central India seemed to have higher prevalence compared to the rest.

More than 40 per cent children in districts of Karimganj (Assam) and Dangs (Gujarat) were suffering from acute undernourishment. At least 30 out of 342 districts reported prevalence of wasting above 30 per cent among children under five.

The proportion of underweight children between 0 and 59 months remained stagnant or showed limited variation in most surveyed states and UTs since 2015. Noticeable change was found only in Nagaland, which saw slight increase in prevalence during the last five years.

Mizoram marked the lowest prevalence of 13 per cent, followed by Sikkim, Manipur and Kerala. Rural areas showed invariably high prevalence than their urban counterparts across all states. Bihar (41 per cent) reported highest prevalence of underweight children followed by Gujarat, Maharashtra, Karnataka, Assam, West Bengal and Telangana, where every third child was found relatively thin for their age.

The rural-urban gap showed a varying trend among states and UTs. Parts of Gujarat, Maharashtra, Karnataka, Bihar and West Bengal showed the preponderance of underweight children than rest of India. Around six districts of Gujarat and four districts from other surveyed registered 50 per cent or above children undernourished.

Across 180 districts, every third or more children were found undernourished.

Malnutrition is a global crisis. Even after several public policies and government schemes in last three or more decades, India accounts for the largest burden of undernutrition and huge disparities in child malnutrition.

Supplementary nutrition / meal under ICDS and mid-day meal programmes aim to reduce the food gap. The National Nutrition Mission, or POSHAN Abhiyaan, launched in 2018 by the Prime Minister, also directs the country’s attention towards malnutrition and addresses it in a mission-mode.

The United Nations-mandated Sustainable Development Goals (SDG 2) aims to eliminate hunger and all forms of malnutrition by 2030. But despite several programmes and schemes, India’s performance towards reducing child malnutrition has failed in last half-a-decade.

Weak implementation of government schemes, inadequate investment in health and other sectors, unsafe water and lack of sanitation and hygiene are the challenges that need to be addressed on an urgent basis.

The novel coronavirus disease (COVID-19) pandemic has posed a severe threat to health challenges like malnutrition. According to United Nations Children’s Funds, as many as three lakh children could die in India due to reduced routine health services coverage and increased child wasting.

As schools were shut indefinitely, mid-day meal programmes, which are the primary source of supplementary nutrition for millions of children across the country, were impacted. Closure of Anganwadi centres and ASHA workers’ engagement in COVID-19 surveillance has disrupted several activities under ICDS. Providing proper nutrition to the children of migrant families has been a grave challenge that has aggravated the risk of malnutrition among children.

Introducing a standard mandate and machinery across all the states and UTs is the way forward. Sufficient information, reliable and updated data and an active surveillance system is the need of the hour.

Proper planning and implementation of schemes and policies, supplemented by timely monitoring and evaluation and adequate allocation of funds, can increase the programmes’ efficiency. Judicial and social activism, along with awareness campaigns is vital to bring down India’s malnutrition rates.