Children often receive multiple courses of antibiotics every year since viral infections are recurrent. This makes them more vulnerable to antimicrobial resistance 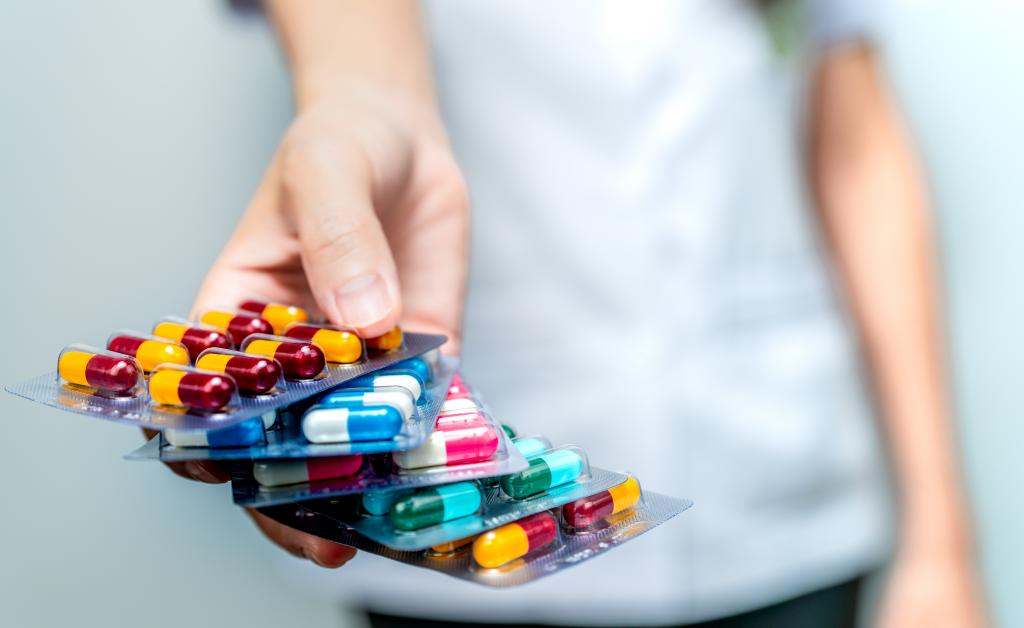 India has one of the largest pediatric populations in the world: Those under 18 years comprise over 40 per cent of the country’s 1.3 billion.

Pediatric healthcare, therefore, has a critical role in the overall health benefits for the country. It is unfortunate that multi-drug resistant bacterial infections are rampant in this population, which has led to life-threatening serious infections even in a newborn.

The term broadly defines how medicines that worked efficiently earlier are unable to destroy microbes causing the disease.

The resistant mechanisms are passed from one bacteria to another.

The options to treat antimicrobial-resistant bacteria are limited. The drugs are expensive and have side effects. The only solution in hand is to reduce the resistance rates by avoiding antibiotics when not indicated as well as choosing the right drug, dose, interval, route and duration only when needed.

The pediatric population is vulnerable to respiratory and diarrhea infections owing to a weaker immunity compared to the older population. A majority of these infections are caused by viruses that cause fever, running nose, cough and watery diarrhea.

Viral infections are usually self-limiting and require only medicines to relieve symptoms; paracetamol, for example, brings down the fever. A saline nose drop relieves a blocked nose.

Antibiotics that are meant to treat bacterial infections have no effect on viruses. And yet, antibiotics are widely misused.

Children often receive multiple courses of antibiotics every year since viral infections are recurrent. This problem is further precipitated in children who have hypersensitive airways that make them cough whenever there is a change in climatic conditions or pollution levels. These conditions are often mistaken as bacterial pneumonia and are treated unnecessarily with antibiotics.

The problems are multifold. At the prescriber’s end, the antibiotic abuse takes place because of difficulty to differentiate between viral and bacterial infections; the latter having an adverse impact if antibiotics are not started in time.

The lack of inexpensive confirmatory tests that can help differentiate between viral and bacterial respiratory infections compounds the challenge. Antibiotics are misused either due to lack of clinical skill / lack of diagnostic facility or the fear and insecurity of losing a patient to another prescriber.

Heavy patient load also causes interference in the time that needs to be devoted for history and physical examination; antibiotics are prescribed more often to safeguard oneself just in case a bacterial infection is missed. Most of these issues can be tackled by training doctors and communicating with parents / guardians on managing symptoms.

For example, parents need to explain that oral rehydration therapy helps a child with watery diarrhea rather than antibiotics.

The antibiotics are many a time misused by users, parents, and patients: They self-medicate by buying antibiotics without a prescription.

A national guideline released in 2016 included recommended treatment for common illnesses in children. Many antibiotics have been brought under H1 category and with a redline on the label so that these are not sold over the counter without a valid prescription.

The Indian Academy of Pediatrics (IAP) has been actively involved in increasing awareness about antibiotic misuse and practice rational antibiotics. This is being done through educational tools like conferences, webinars, workshops, textbooks , etc.

Yet, there is no system in place to monitor or regulate antibiotic use in the community. The antimicrobial stewardship practices followed by the developed countries rely on leadership commitment, inputs from infectious disease physicians / clinical pharmacists and require resources of time, personnel and IT support.

Extrapolating the same is not possible in a country like ours where resources are limited. Also, such models are suitable only for tertiary centers and not for primary healthcare centers and private clinics.

The ‘One Health’ approach of addressing all stakeholders is the best way forward. Public awareness about the need for judicious use of antimicrobials needs to be ramped up. This would help physicians to not resort to antimicrobials just for satisfying the health seeker.

A bigger challenge lies in checking irrational use of antimicrobials for common viral illnesses that a majority of children suffer from.