Charging Indians for COVID-19 vaccines is bad, letting vaccine producers charge what they like is unconscionable

Most other nations, including Australia, the US, UK, Germany, France and China, are providing vaccines free of cost to all. 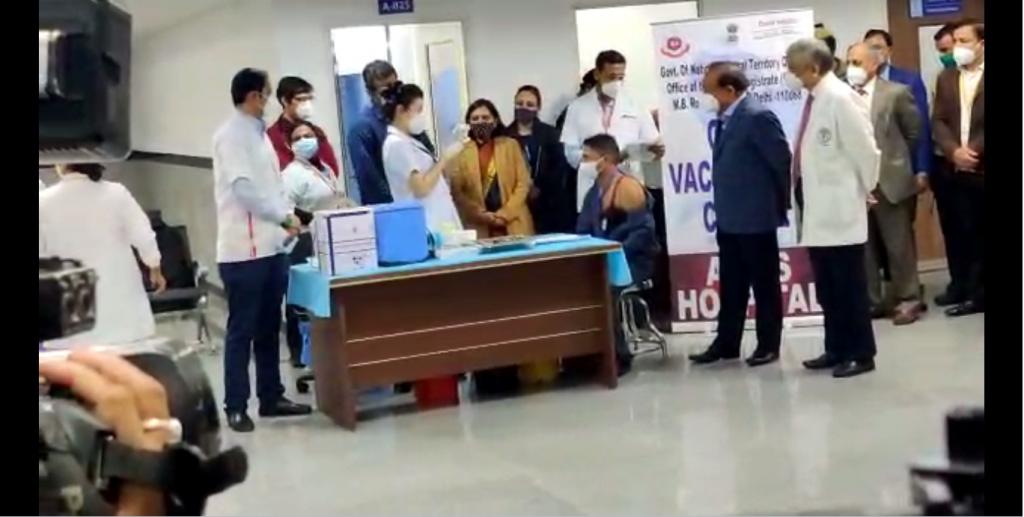 Countries around the world are racing against time to vaccinate their populations against the coronavirus.

While there are a few issues plaguing the vaccine roll out, the most egregious is the fact most Indians, many of whom live in poverty, are being made to pay for their shots. And the government is allowing vaccine producers to charge whatever they like.

Read more: After early success, India's daily COVID infections have surpassed the US and Brazil. Why?

Only by 2023 would it be able to administer the shot to everyone above 18, which would be late, given the pace and spread of the pandemic.

How did it come to this?

There are three major reasons for this issue.

First, while many countries permitted a diverse basket of vaccines for domestic use, India limited its emergency approvals to just two — Covishield and Covaxin.

Covishield is the Indian name for the Oxford-AstraZeneca vaccine, produced by the Serum Institute of India. Covaxin, on the other hand, was developed jointly by India’s public sector and a private company named Bharat Biotech.

The reason appears to be a belief — based on zero evidence — that the two ‘Made in India’ vaccines would be sufficient to meet India’s domestic needs and international commitments.

Read more: India's staggering COVID crisis could have been avoided. But the government dropped its guard too soon

For example, India could have granted emergency approval to the Russian vaccine Sputnik V, and the US-based Pfizer vaccine, in February 2021. Sputnik V was refused approval in February on the grounds that it had not supplied data on immunogenicity (immune response).

However, the same standards did not appear to have been applied to the other two vaccines — Covishield was given approval in January, even though its immunogenicity data were not yet available. Trial data from the UK, South Africa and Brazil published in The Lancet was considered adequate at the time.

Similarly, Pfizer was compelled to withdraw its application for emergency approval because the drug regulator insisted conducting a local bridging study would be necessary. However, Covaxin was given approval in January even when its Phase 3 data on efficacy were not available.

Second, the vaccine business is risky, given the amount of money that has to go into research, development, and testing, and many won’t end up being effective. Early public investments reduce risk exposure for vaccine companies and help raise their production capacities. Countries such as the United States, the United Kingdom and Germany made large at-risk investments in vaccine companies for research and capacity expansion. India failed to do so.

As a result, vaccination centres are being closed, and people are being turned away. In most cities, the mobile application — CoWin — used to book appointments for vaccination, isn’t allowing people to register. And even if people manage to register, appointments are not available for many months.

There is enormous public anger against the government of India for this, as well as for the serious flaws in its public health system which have been exposed by the sharp rise of infections in the second wave. This includes a lack of oxygen in hospitals and even a lack of space for funerals in crematoriums.

Read more: Why variants are most likely to blame for India's COVID surge

In April the Government of India undertook a curious policy shift in its vaccine policy. It deregulated vaccine prices. Vaccine producers could “self-set” the price for their vaccines. Consequently, the two vaccine producers steeply raised the prices of vaccines by two to six times in just a week.

For the same vaccine, the Government of India, state governments and private hospitals have different price tags. And the only people in India who receive the vaccine for free are healthcare and frontline workers, and those aged over 45.

The vaccine prices are now so unaffordable that informal workers are forced to spend about half of the household’s monthly salary on vaccinating all the adult members of their households. While it may only be about Rs 800 for both doses, when a person at the poverty line may only earn around Rs 50 a day on average, this is a large portion of their monthly income. Depending on the definition, one-quarter to one-third of the Indian population is below the poverty line.

The vaccine producers lobbied hard to “free” vaccine prices. One producer said in a television interview he was hoping for “super profits”, and another said he wished the “maximum price” for his vaccine.

The government’s decision to deregulate the vaccine prices allowed “super profits” for private companies, even as an economic and humanitarian crisis was building and unemployment was rising.

Read more: As pressure builds on India's Narendra Modi, is his government trying to silence its critics?

Many commentators welcomed the new vaccine policy in the hopes increased prices would incentivise producers to increase supply. But they fail to see that vaccines are global public goods. They impart not just private benefits, but also social benefits, and so every barrier to vaccination must be minimised.

This is why most other nations, including Australia, the US, UK, Germany, France and China, are providing vaccines free of cost to all. India is an unfortunate exception to this global trend, and vaccines are now unaffordable to many.

Poor and faulty planning by the government of India has led to an acute shortage of vaccines. In the midst of the vaccine shortage, the government has effectively withdrawn from the social responsibilities of a welfare state. It has also opened the flood gates for a vulgar form of predatory capitalism to take the stage amid a raging human tragedy.