Zoonotic disease outbreaks have become commonplace in the intensive confinement model of farmed animal production. This is not just restricted to confinement, but is also linked to crowding and poor genetics, further contributing to the evolution of more virulent diseases.

Intensive animal farming poses a pandemic-level threat to human and animal health. It was suspected the novel coronavirus (SARS-CoV-2) that causes COVID-19 emerged from bats via the pangolin at one of China’s wild animal markets.

Zoonotic viruses have a strong potential to cause pandemics. The ideal conditions of propagation of such viruses are animals in stressed, immunologically compromised, crowded and unhygienic locations.

Sixty per cent of human infections were estimated to have originated in animals, while 75 per cent of emerging human infectious diseases were zoonotic diseases, according to the Preventing the next pandemic report by the United Nations Environment Programme.

Approximately 40 billion chickens suffered like this every day, according to recent studies. There are nine chickens for every human on the planet, with around 2,000 chickens slaughtered every second across the world, making it the most abused animal, the studies showed. International non-profit World Animal Protection collated the information from global livestock statistics and the OECD Agricultural Outlook.

Food safety has always been kept in mind when it came to meat consumption, with recent food safety scandals and zoonotic diseases outbreaks including COVID-19 convincing consumers to think more about food systems and where their meat comes from. 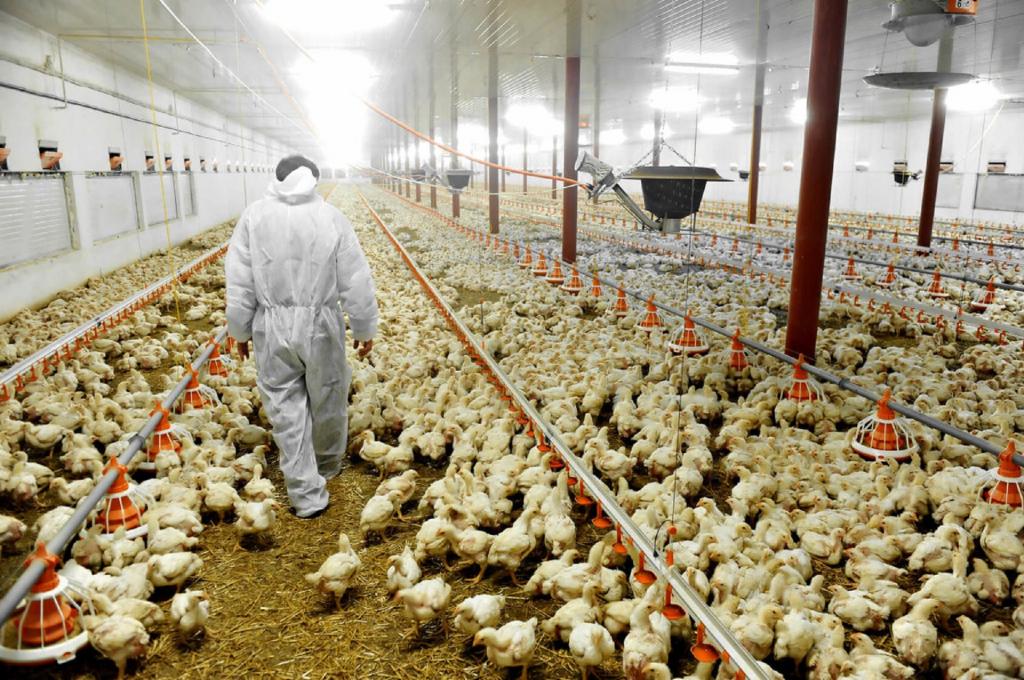 The research was conducted through 12 focus group discussions.  Nearly, nine in 10 consumers said they had some concerns with chicken farming. One in five consumers were concerned where the meat came from and how the animals were raised.

Participants also highlighted the issue of overcrowding, supervisions and spreading of diseases and stress among the animals. Consumers were worried about chickens being fed with hormones and antibiotics that eventually led to potential for illness and diseases in them.

Three-quarters of all antibiotics used in farming were to promote fast growth of farm animals or to prevent diseases across entire groups globally. Studies emerged indicating high-welfare chicken farm systems bore lower prevalence of antibiotic resistance and posed lower risks to the environment and consumers than antibiotic-free intensive farms.

In India specifically, consumers think that there is an underlying need for the government to enforce and control regulations. Consumers raised concerns about hygiene during slaughter, transport and storage of chickens as well.

Nearly 76 per cent of the consumers thought fast-food restaurants must be responsible for animal welfare of chickens being raised for them, as they were the closest to chickens and could implement their role in providing high quality chickens.

“I saw chickens being killed once. It made me feel so upset that I stopped eating chicken for five years. But I needed to resume as the doctor said I needed more protein,” said one of the survey participants.

Changing values of consumers have pushed the food industry — from producers and processors to restaurants and retailers — to change their sourcing patterns and supply what consumers demanded to keep their businesses sustainable.

Consumers now have more information on their fingertips and showed they increasingly cared about the welfare of animals when they decide where to shop and eat.

By implementing high welfare standards — healthier chickens, for example, raised in sheds with more space, natural light and stimulating features such as perches and hay bales — the lives of billions of chickens can be transformed, providing consumers with healthier products. Future pandemics can, thus, be avoided as well.